Politics is an art of possible. It is an art of turning your failures into success. These words may seem a bit old school but their application in Modern times cannot be undermined. The question remains how? Well, as we have been witnessing since a while, how to shift the burden of your own mistakes, […] 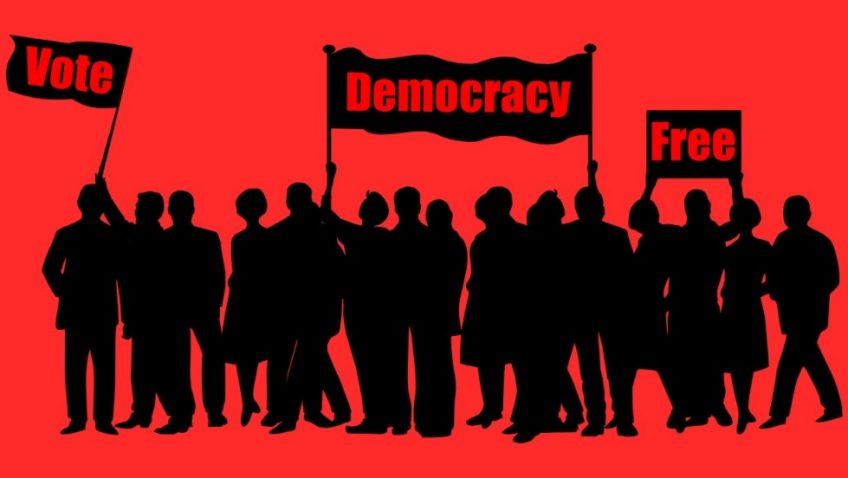 Politics is an art of possible. It is an art of turning your failures into success. These words may seem a bit old school but their application in Modern times cannot be undermined. The question remains how? Well, as we have been witnessing since a while, how to shift the burden of your own mistakes, wrong policies, deep conspiracies, negligence and blunders on your enemy purely on the basis of Political vendetta, Religious differences, vested interests and beneficial opportunities and convert it into fruitful business through acts of violence, cowardice and communal polarisation. It’s not just about being in the right place at the right time, it’s also about choosing the right place and the right time. Some Nations are politically ripe for the expulsion of logic through propaganda and all your arguments fall apart when countered by a mythology based sentimental slogan, since the purpose of logic is to pave way for enlightenment and wisdom, the after-effects of its defeat against such slogan symbolise anarchy, which in this case, is politically beneficial, guided and controlled though unmanageable by the law of land but by its beneficiaries. Though we must not forget that success earned through misuse of these old school techniques is temporary as it strengthens the victims resolve to stand firm against injustice and ensures the eviction of maladaptive winners through the same old school techniques used in the right way. In the long term, you may win the battle, but you’ll lose the war.

A Nation found on Secular and Democratic principles when propagates, if not legally but politically, the annihilation of religious diversity through propulsion of a monogamous religious ideologue which validates the extermination of any existing doctrine that offers an alternate style and methodology of Interpretation, i.e. defining and explaining events and add meaning to them, corrodes the roots of its own foundational basis on which its social, cultural and legal structures are built. While a person offering help to a needy normally displays the beauty of human generosity and empathy, it can be interpreted as a conspiracy to trap ‘their people’ into a kind of ‘Imaginary warfare’ if the person belongs to the rival minority and the beneficiary is from the right wing majority and many political campaigns are based on such exemplary genius of logical explanations. The definition of sanity, in such circumstances, is in persecution of Humans for as heinous a crime as slaughtering an animal for food, not because of their highly sensitized sense of Animal Rights but because of a belief that ‘that Animal is God’, the Mighty Creator of heavens and Earth. A psychologist having been born and raised in United States might diagnose a person holding such anti social beliefs as a Schizophrenic or Psychopath. A South Asian democracy may call him a normal sane person possessing no threat or danger to public, rating him safe on the potential threat scale. This exceptional height of freedom offered to such a person may be the foundation of the claims on which the hypothesis of largest democracy is based or there may be more startling and fascinating basis, that’s what we aim to explore if that doesn’t offend the apolitical law of political nations.

Union is not always a solution, it can sometimes be dangerous. Division, despite its diminishing and unpopular image in democracies whose existence it threatens, can have a potential to end violence. You may find division a peaceful proposition to potentially violent conflicts and forceful union a bone of contention escalating violence. This ideal of union carves a criminal out of democracies at times. The politics of unity through violence has failed to bring many violent conflicts to peaceful conclusion. Yet, there is a difference between unity in democratic politics demanding expulsion of diversity and resistance politics demanding division to uphold diversity. The division here is virtuous because democracy has failed its own ideal of union based on freedom of diversity. Resisting division at times can mean colonial occupation, apart from its popular democratic interpretation of integrity. The defence mechanism that a democracy adopts is that it wears the garb of sovereignty to silence any foreign criticism. In modern times, escalation is controlled and confined within the boundaries of the problematic zone by means of propaganda, restrictions and compromising with the ethics of democracy, its principles of freedom, liberty and tolerance to the extent that the application of its last line of defence becomes as invisible as it possibly can be. Transparency in such affairs of democratic states would indicate weakness, desperation, failure and political upheaval within the union as well as its image among its friends and foes. Politics, in such cases, can be found flirting between invisibility and transparency however most insiders and outsiders can see only one side of the coin, depending upon which side democracy chooses to show them. This also reveals the multi dimensional aspect of politics. Whether politics is in danger in such a democracy or democracy is in danger because of such politics, the mystery remains! 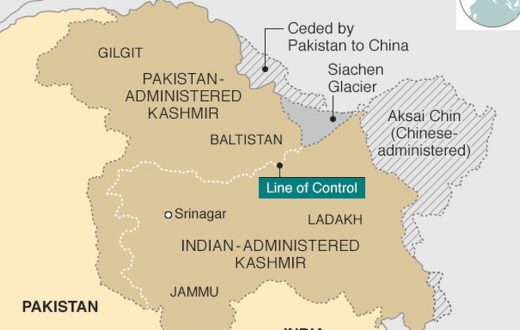