Fleeing War, Fighting for Survival: Chadian Returnees Face New StrugglesGoré— Following the last outbreak of civil wars in the Central African Republic (CAR) in 2013; thousands of Chadians living in the country sought refuge in Chad, mainly in the country’s southern provinces. The Chadians who have returned to their country of origin; they are called […] 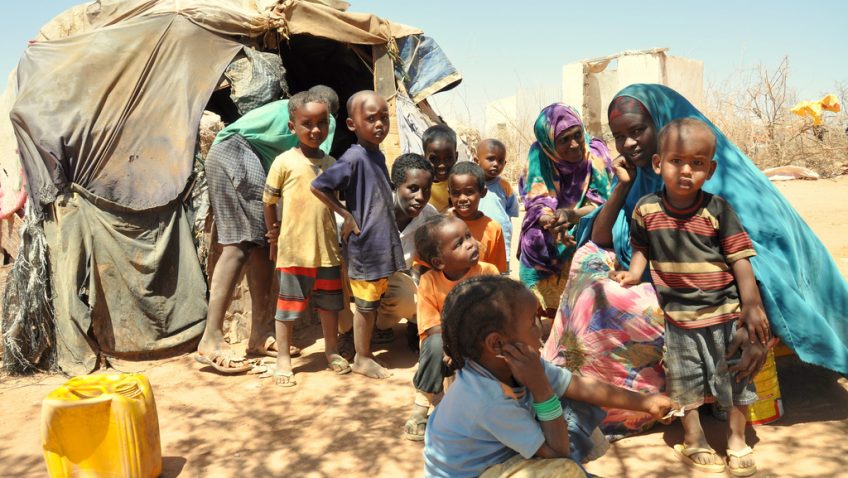 Fleeing War, Fighting for Survival: Chadian Returnees Face New Struggles
Goré— Following the last outbreak of civil wars in the Central African Republic (CAR) in 2013; thousands of Chadians living in the country sought refuge in Chad, mainly in the country’s southern provinces. The Chadians who have returned to their country of origin; they are called “returnees” — Thousands of those returnees lived in CAR for decades and generations, were then forced to return to Chad due to conflict and ethnic cleansing. More than 115,000 of the returnees are currently in Chad; about 80,000 of them are currently living in the poor Southern parts of the country; in the Logon Occidental and Logon Oriental provenances. Goré is one of poorest and most underdeveloped parts of the country; is already hosting more than 43,000 Central African refugees and about 45,000 Chadian returnees from CAR and few other refugees from Democratic Republic of Congo. During a four-week visit to the south parts of the country; Young Diplomats’ Africa regional director, Idriss Zackaria; has paid a visit to several camps in the regions, seeking for an innovative programme to integrate refugees and returnees, and provide peace awareness programme.

For many of the “returnees”; Chad is an unfamiliar place and totally unknown world. Even though some of them are proud to get home safely, however, they face enormous difficulties and challenges; including their lack of belonging, coping with change and facing fear, lack of documentation and subsequent inability to access basic services; almost a total dependence on humanitarian assistance, and having to share meager resources with host communities that are themselves poverty-stricken. In addition to their attachment to a foreign country that some of them call it “home” and relative unfamiliarity with their homeland result in insurmountable obstacles to their ambitions and dreams.
Youssouf Ahmat, 41, a father of eight children, he returned to Chad six years ago with his wife and his children. In CAR – precisely in Bossangoa; the capital of Ouham – he was a cattle trader and broker, but he lost everything including his house and his cows during the civil war. Today he can’t run a new business but he kept working as a broker in Goré and some other villages’ markets around Goré. When we first met him, he sounded to us like a tribal leader – very strong personality and kind.
Ahmat’s story is amazing just like many other returnees we met at Danamadja camps, when he thinks about his life back in CAR; sadness, nostalgia and mixed feelings are inevitable. He told us “It is nostalgic and sometimes it hurts when I think about all the things that I lost just within a few days after years of hard working and achievements.” Ahmat still believes that CAR can be his second home, but said that he considers Chad to be his first home because Chad is where all his family belongs; it is the safest country for him even thought he is facing difficult economic situations for the moment. “I have been struggling so hard to put some bread on the table for my children. It’s been a complex for me and my family for the last six years. It’s almost impossible for the kids to adjust to the new changes, they don’t feel like they belong” Ahmat added
Dahabaye Ahmat, a mother of seven children. She lost her ex-husband during the civil war. She was living in a neighborhood which was heavily hot by violence. When she first arrived in Chad she was resettled in Danamadja camps, a ten-minute drive from Goré – distance doubles during the rainy season – in the deep; Dahabaye reflected some heartfelt emotions – said that the death of her ex-husband had been the most painful emotional period of her life. ‘’CAR is a nightmare for me and my children; I don’t even want to think about it. My ex husband was killed and cut off to pieces by the Anti-Balaka militias, I couldn’t save him. CAR was probably better only for the market. Here, you can hardly sell anything. I’m here with my daughters. WFP is helping us but not as much as before. I receive five USD per month. They sometimes take three months to provide food for us, but I am ok to be here as long as God is taking care of me and my kids” said Dahabaye

Should I stay or should I leave?

Perhaps; the life of many of these returnees starts with a single question at Danamadja camps: Should I stay or should I leave? For Oumar Ali; that question was answered when he first arrived to Chad. According to him; getting home safely and finding shelter is not the end of his nightmare. As he tells us his story, we have a sense that there is something terribly wrong in this situation. ‘’we have lost our individuality and humanity in these camps, it is impossible to see a doctor, trader, teacher, mechanics, farmer or anyone that can tell me something about the way forward. I only see mothers, fathers, children and grandparents who share the same struggles and fears with me. We have become homeless in our own home. That’s why, there is no reason for me to stay here anymore, I am leaving.’’ Ali added
The desire to return to CAR varies among Chad’s returnees. In Danamadja, some traders say that they lost everything and do not want to set foot again in CAR. Many of them intend to start businesses in Chad and are confident about finding a place in Chad’s economic and social fabric despite the hardships. According to Ahmat, he is still interested to go back to CAR only when there’s security and peace “If there is security for everybody, we will manage to start again from here. Then we will go back to CAR. Simply; because we know how to make money there” said Ahmat
In their own words, their quest to find safety is coasting them their economic dignity; “I don’t want to go back to CAR even though my economic conditions are difficult here. I don’t want to risk the lives of my children. I am going to stay here for the rest of my life.” Dahabaye replied

Remaining in legal limbo with no way forward

By contrast, most of the Chadian returnees say they do not want to stay in Chad and will return to CAR when it is safer. Many of them emphasize that they do not have connections with their relatives in Chad, having never been to the country. In Danamadja camp, an old man who lost his herd spoke about new job prospects back in CAR: “I have close friends who work in the diamond and gold trade and others in trade in general; I’ll see what I can do to work again”. All of them focus on how, before the crisis, they lived peacefully with their fellow citizens and regret that, as Muslims, they are seen as supporting Seleka group. “They thought we were part of the Seleka because we are Muslims” confides the old man before adding, “If the crisis ends, we’ll definitely go back to Central African Republic and we’ll start again like before. However, I can’t go anywhere else for the moment…transport is too expensive and risky now.” While some returnees remain optimistic, others realize that given the level of violence in CAR, reconciliation will be almost impossible, or a long and difficult process.
It is remarkable to see how a vision shared by all the returnees whom we interviewed, one related to the lack of sense of belonging, which is a critical first step in supporting their recovery journey. However, the Danamadja camps offer a good sample of the diversity for the returnees affected by the crisis: from herders with or without their cattle, to farmers, merchants, gold dealers and students. Many Fulanis – Uda, Sankara, Mbororo and Jaafun – targeted in the bush with their cattle by the anti-balaka are in the camps. Other Arab traders, such as Misseriya, Awlad Rashid or Salamat who lost everything during days of anti-balaka lootings, are also camped with them. Finally, there are, to a lesser extent, some Gbaya people, Manja, Ngbaka and Kaba from farming communities, in addition to a few number of haussa, Borno and Gouran who fled the violence. As the CAR refugees and the “Chadian returnees” rarely have identity cards, and among the latter many claim Central African citizenship or deny Chadian connections, it is still easy to determine who Chadian is and who Central African is.
From these facts one may conclude that, food distribution plan needs to consider beneficiary’s interests. Due to funding constraints, the last food distribution at Danamadja site took place in April. The site has already suffered, what people here call “the village” are shelters built in the neighboring forest with no schools or social initiatives. It is worth mentioning that social and economic impact of the COVID-19 pandemic could be worse than its health consequences at these camps in the short and longer term. 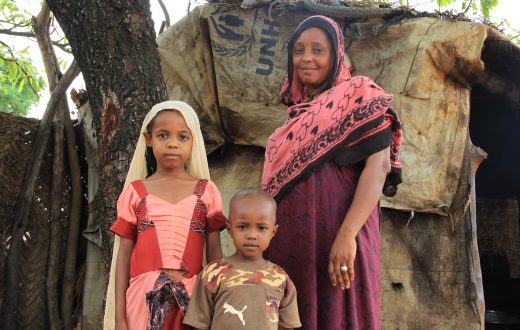 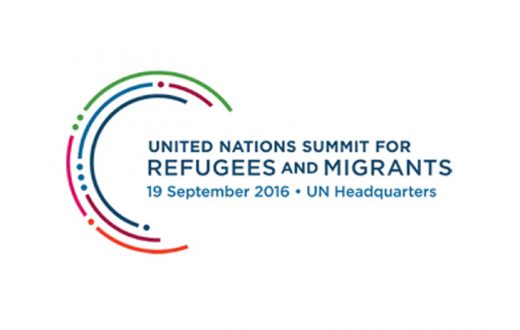