Is it worth being a scapegoat of the Ultra right News Channels?

The Simple answer is No. What is all that humiliation for? Being on a TV screen as a villain for a few minutes without even having a voice? Don’t let the facade of a tempting email invitation offer fool you into believing that you’ll be cordially welcome. If you’re not an expert in the subject, […] 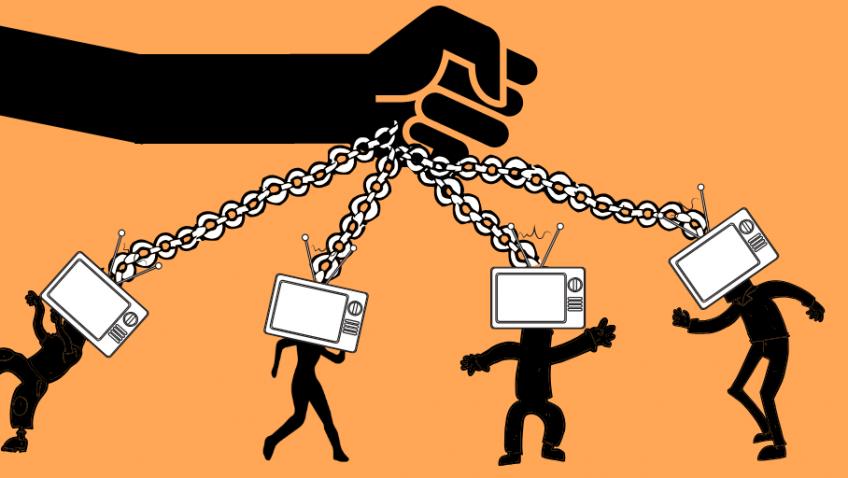 The Simple answer is No. What is all that humiliation for? Being on a TV screen as a villain for a few minutes without even having a voice? Don’t let the facade of a tempting email invitation offer fool you into believing that you’ll be cordially welcome. If you’re not an expert in the subject, you should refuse invitations to Prime time T.V debates from Ultra right Indian channels with Political agendas.

This is their old tried and tested trick that they particularly pick and choose the opposition. They don’t invite experts on the subject from among them, and typically target the “Wanna Be Public Figures” as the most suitable variety for their Propaganda machinery to function, primarily because the supposedly expert panelists have no expertise or experience of the subject that’s being discussed. Instead of an Agriculturalist, they may call a feminist or a political party worker to talk on the subject of a Locust outbreak or they may call an unworthy Lawyer to Speak on historical events instead of a historian or an Ignorant Religious Cleric to speak on a complicated topic pertaining serious political, Constitutional and legal Topic instead of a Politician or a Law Maker. Most of the time, they will not even allow the opposition to speak properly and interrupt them.

If they luckily do allow them to speak for a moment, the anchors then throw molded facts and figures at them, use the cunning T.V Studio techniques of time frame, Microphone Voice Control, shouting, switching speakers, Interruption and create pressure by constantly grilling, manipulating the discussion and leg pulling their target panelists to vex them. Once they are irritated, they’ll probably lose control over the discussion and Voila, the TRP (Target Rating Point) hits inversely proportional to the expertise of the target panelists in the debate and their anger, frustrations and emotions evoked as a result of their realization of the face that their host being unfair and unjust and they probably made a mistake by agreeing to join the debate for little to no monetary gains, added insults and briefly adverse psychological impact.

In addition to all the disadvantages of joining these T.V. debates, the panelist in Question also gives a Bad representation of his country, community or cause. That’s exactly what these channels want. Imagine a war situation. A superior Army with most sophisticated weaponry and military capability comes prepared with all their moves planned, all their equipment ready, with all their resources at disposal. They pick and choose the most vulnerable and inferior opposition possible, bring them to the battlefield of their choice, give them the most obsolete weapons, provoke them to fight, defeat them in the most picturesque and heroic fashion and celebrate their victory with their bards singing the most heroic songs of their iconic triumph over their enemy.

That’s exactly the 21 century representation of what they do in their newsrooms, they win a fixed match and become heroes in the eyes of their followers. Their lust for power, superiority and all that comes with it is satisfied by defeating their opposition in unfair newsroom battles and making them, their ideology and their methods look strong, undisputed, precise, Morally Justifiable and indestructible while that of their opposition look weak, irrelevant, incorrect, immoral and perishable.

Having said all that, I do not mean to say that the battlefield of modern information war should be left empty. Instead, I want to emphasize that if you are invited to a debate, go fully prepared. Also, I believe that the relevant people should join the debates who know the topic well enough to counter the propaganda, fabrication and deceit by relevant facts, figures and authentic information.

(Mirza Jahanzeb Beg is a Renowned Human Rights researcher, Political Analyst and a Journalist. He has Studied International Law, Diplomacy and United Nations Mechanism. He is a Psychology Major with profound interest in Spirituality and Human behavior. Mirza has worked with various International Organizations and spoken extensively on the Geopolitical issues of South Asia on various International Platforms. He writes for various Newspapers and Magazines. His works have earned him global recognition. Mirza was nominated as the Ambassador of Peace by European Union based think tank Institute of Peace and Development in 2018. He currently serves as the Director of YoungDiplomats, an International think-tank organisation on Diplomacy, International Relations and Geopolitics.)