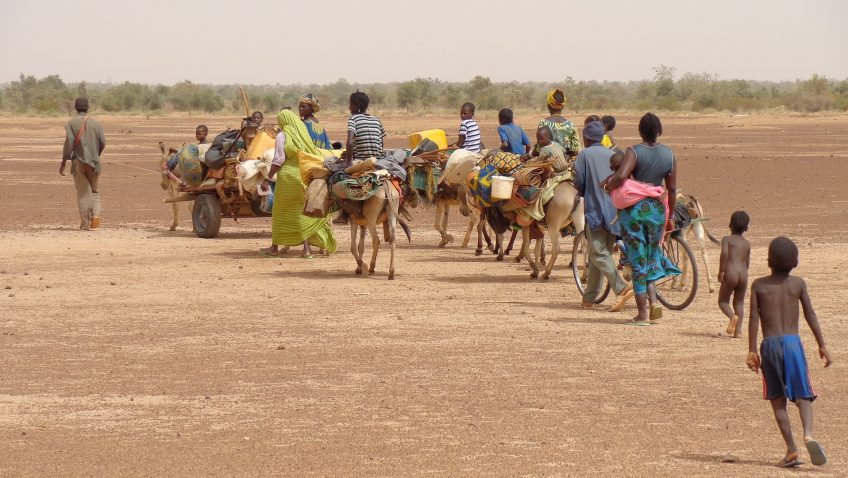 The African Union declared 2019 as the Year of Refugees, Returnees and Internally Displaced Persons: Towards Durable Solutions to Forced Displacement in order to put the spotlight on the plights of those that are uprooted. During the celebration in Nigeria, the government was called upon to domesticate the Kampala Convention in Nigeria. One year later the call is yet to receive proper attention. As many are economically displaced as a result of the ongoing Covid-19 pandemic, many displaced persons are at the risk of sinking further into abyss and oblivion.

Nigeria is among the countries that have ratified the Kampala Convention but yet to domesticate it in our national law. Nigerian House of Representative Committee on IDPs was established in 2015 with Sani Zoro as the chair. The committee with the assistance of the UNHCR conducted stakeholder mapping an analysis of existing legislation and awareness raising activities among the general population. It also held a national assembly session on IDPs during which the UNHCR handbook for implementation on Internal Displacement was presented. Despite the progress, the process was hampered by limited fund, lack of capacity and inadequate coordination mechanism.

We have big problems. No cow, no food to eat. We only eat when our children go out in search for food and bring it to us. The government did not help us only the NGOs who distributed food items twice. Since then we did not receive anything.

Internal displacement has been a recurring phenomenon in Nigeria as a result of violent conflicts, natural disasters and in some cases developmental projects. Since the return of civil rule in 1999, the waves of displacement caused essentially by conflict, generalized violence, natural disaster and human right violation have not abated. The most worrisome trend of displacement in Nigeria is that of violent conflicts because of the impact on the lives of the displaced people and the country at large. It is estimated that around half a million people had been displaced between 1999 and 2005, when communal clashes peaked. Between 2009 and 2017, there have been other causes of displacement but no one has been as devastating as the Boko Haram induced displacement. The Boko Haram insurgency and the resulting military operation have led to over 20,000 casualties and displaced more than 3 million people.

Another ugly trend causing a new wave of displacement is the rise in banditry in the Northwest region. Many analysts have compared the damages resulting from the activities of the bandits to that of the Boko Haram. Many states such as Katsina, Zamfara have recorded new cases of displacement as communities are being ransacked by these criminal minded individuals.

The three states of Borno, Yobe and Adamawa have the highest number of IDPs in Nigeria being the worse hit by the Boko Haram terrorist activities. Many of these IDPs are found in camps and some live in host communities putting a strain on the fragile economic base and infrastructure in those communities. Many times these communities who welcomed displaced persons arm become less hospitable as they face less food, schools and health facilities to meet the need of the increased population. The responses to the plights of IDPs in Nigeria have begun to wane as government and NGos have had to channel limited resources to others use. Added to this is the problem diversion of fund and items meant by government and humanitarian officials
While some IDPs in camps still receive some forms of intervention from government and NGOs there are many displaced persons and refugees who are currently in protracted displacement in different host communities and have become largely invisible. One of the typical examples of this category of people is that of the displaced persons in Mugulbu, Adamawa state. Many of these people have found themselves in displacement for about five years. According to the village head, when they first arrived Mugulbu, they lived in make shift huts with no toilets. The whole community was steeped in smell from open defecation putting the village at the risk of disease outbreak. Many of them could not speak the language of the community affecting the opportunities open to them for seeking means of livelihood.

Here is the excerpt of the Focus Group Discussion which Mr. Kamal Ololade was held with them:
How did you come to this place? Why did you leave your home?
IDPS (One of the participants):
You people know Boko Haram; they are the ones that sent us away. They took our herds of cattle, sheep, goats and all, and they left us running for our lives. But, we don’t have food and there is no any help from government. Some organizations usually help, but the government, no. This is how we are living here. Our children are wandering on the streets looking for food.
What are the challenges you are facing?
IDPs: Food, there is no food, no farm, no house except huts. The lack of food is our problem, but we have source of water in the community.
What are you doing to survive now?
IDPs: You see, some go to the markets searching for something to do while others go to the bushes looking for jobs from people, so that they feed their children.
Have you received any help from the government?
IDPs: Before they helped us, they brought things for us twice and now it is almost four years.
Question: But is it from the government or an organization?
IDPs: Those people with black cars. (One of them cut in) Yes, it is an organization.
Question: What and what did they bring to you?
IDPs: Kettles, pots, duvets, mats and the rest. But, that was twice four years ago.
Question: What about your women? Is there anything they do? Is there any problem with them?
IDPs: the women are also here
Question: What do you think is the solution to your problem?
IDPs: We are just waiting to see if the government help us or not.
Question: What do you want the government to do for you?
IDPs: Food. Without food what are we going to eat? You have at least 10 children and you don’t have food. You have to look for it.
Question: if everything is fine, will you like to go back to your place or continue to leave here?
IDPs: If our place becomes peaceful we would like to go back because we have farm and everything. Our living here is not enjoyable at all because we are just living like that. In this place we are about 500 with women and children.
Question:  Are there people still coming?
No, there is nobody coming now. However, we heard in Borno they used to give them food and money. We here we did not receive any money. We were given food twice by those organizations.
Question (to the women): We want to know the problems you are facing as female IDPs?
We have big problems. No cow, no food to eat. We only eat when our children go out in search for food and bring it to us. The government did not help us only the NGOs who distributed food items twice. Since then we did not receive anything.

We call for increased access to social and basic services for the displaced persons, respect for the civil and humanitarian nature of internally displaced persons camps, and the creation of a better protection environment in general.

By Kamal Ololade Ahmed
Kamal O. Ahmed is a graduate of Political Science and Public Administration from the University of Benin, Edo State Nigeria with a double major in education. After his first degree in 2012, he worked briefly as a part time lecturer in a College of Education where he taught Political Science and Public Administration as well as some education courses. He has a keen interest in writing on Political matters, defense and security with special focus on Africa and the Middle East. He has published a number of articles on both online and print media including Young Diplomat. He is currently a post graduate student at the Nigerian Defense Academy, Kaduna where he is pursuing a Master’s degree in Defense and Strategic Studies.