Afghanistan : Why Unity is needed to achieve peace?

There is a proverb in Afghanistan that goes, “patience is bitter, but it has a sweet fruit.” In the case of the Taliban, the ability to patiently endure a 14-year campaign waged by the most powerful countries on the planet speaks to the group’s tenacity. When the NATO-led International Security Assistance Force (ISAF) began its […] 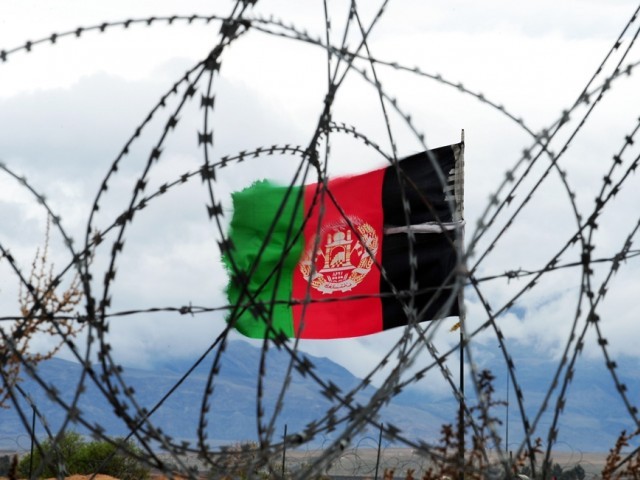 There is a proverb in Afghanistan that goes, “patience is bitter, but it has a sweet fruit.” In the case of the Taliban, the ability to patiently endure a 14-year campaign waged by the most powerful countries on the planet speaks to the group’s tenacity. When the NATO-led International Security Assistance Force (ISAF) began its drawdown in 2014, the Taliban capitalized on the resulting security vacuum. The Islamic fundamentalist movement now claims a greater fraction of Afghanistan’s territory than at any time since the United States launched Operation Enduring Freedom in 2001.

In September, the Taliban briefly captured the northern city of Kunduz, considered by some to be their biggest single victory since the war began. Over the past week, the group used a sizable car bomb as a prelude to an armed assault on the Spanish Embassy in Kabul, made tactical gains against the struggling Afghan National Defense and Security Forces in Helmand province, and launched an assault on a heavily guarded airport compound in Kandahar. The Kandahar attack, spearheaded by suicide bombers, turned into a fierce gun battle that left 50 dead. While no member of ISAF was killed, the Taliban’s fundamental message remains unchanged: The fight will continue. 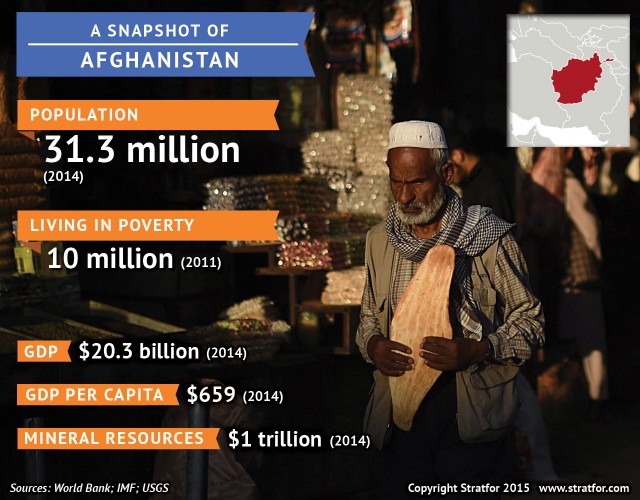 And yet, as the Taliban make gains, the organization’s long-running fragmentation continues. Two rival Taliban factions clashed Dec. 8 in the village of Zirkoh in western Afghanistan, resulting in more than 50 deaths. The opposing factions included fighters loyal to Mullah Muhammad Rasul, the leader of a breakaway faction, and Mullah Akhtar Mansoor, leader of the mainline Taliban. This comes after the July revelation that the Taliban’s erstwhile leader and founder, Mullah Mohammad Omar, had been dead since 2013. The Islamist organization hastily elected Mansoor, Mullah Omar’s deputy, to replace him. But Mansoor’s selection rankled some commanders who accused him of being an opportunist who hid news of Omar’s death to usher himself into power. Additionally, Mansoor was a controversial choice given his interest in engaging the secular Kabul administration in peace talks, something the group’s hard-line elements consider a betrayal of the Taliban’s foundational mission of installing an Islamic government in Afghanistan.

Internal tensions became so fraught that a gunfight reportedly broke out between Mansoor and a rival commander in November, followed by a series of conflicting reports as to Mansoor’s fate: Some sources said he was uninjured, others claimed he was wounded and a few even announced his death. To quell rumors of his demise, Mansoor released an audiotape in which he assured his followers of his well-being. But doubts persist.

While the Taliban continue their offensive, momentum is building in Kabul to open peace talks. Last week, Afghan President Ashraf Ghani co-hosted the “Heart of Asia” conference with Pakistani Prime Minister Nawaz Sharif in Islamabad. Sharif and Ghani’s announcement to work together in negotiating peace with the Taliban struck a surprising and optimistic tone given the two countries’ complicated and occasionally hostile relationship. But Ghani’s outreach to Pakistan does not come without domestic political costs: Rahmatullah Nabil, Afghanistan’s chief of intelligence, resigned after posting a message on Facebook criticizing Ghani for joining forces with Sharif, whom Nabil lambasted as a supporter of the very militants that he vehemently opposes.

The Challenges to Peace

In light of these developments, a number of obstacles need to be addressed before Afghanistan can attain any kind of peaceful resolution.

First, Mansoor must provide definitive proof of life to further assuage his doubters. Skepticism surrounds the authenticity of the previously released audiotape. The Taliban insisted Mullah Omar was alive after early rumors of his demise, only to later confirm that he was dead. If Mansoor has indeed perished, we can expect another intense battle for succession in which more fighters may defect and join existing groups or simply start their own. This may also enable a more hard-line leader to assume power, further undermining prospects for negotiations. Even under Mullah Omar, the pursuit of a negotiated settlement was problematic. For a potential successor to Mansoor, it could be challenging in the extreme.

Second, the structure of the Taliban has changed over the past decade, and the organization is no longer a unified, coherent entity. The Taliban implicitly acknowledged this Dec. 15, releasing a 15-page fatwa calling for unity among the fighting factions. The fatwa pointed out that there is no justification for infighting under Sharia, and it warned that anyone who launches an attack would be considered a murderer and those being attacked would be considered the oppressed. Though the Islamic movement retains core elements, divided as they are, it no longer exercises the type of centralized control that defined its organizational structure during the 1990s. A variety of other non-traditional fighters have entered and diluted its ranks, including ordinary Afghans disillusioned with the poor state of the economy and a lack of governance. Therefore, peacemakers face the problem of bringing warring factions to the negotiating table — factions that do not exercise complete authority over an increasingly decentralized movement. Agreeing to negotiate with Kabul itself has become a divisive issue for the Taliban. If Kabul negotiates with any faction, the move will embolden others, something the Islamic State will try to exploit in its campaign to penetrate South Asia.

Third, the “Heart of Asia” conference notwithstanding, Pakistan and Afghanistan’s relationship — the strengthening of which is a precondition to peace — is marred by a legacy of suspicion and mistrust. Kabul has long accused Islamabad of creating, harboring and dispatching the Taliban as a means to meddle in Afghanistan’s affairs, all in support of Pakistan’s objective of achieving strategic depth in its western neighbor to sustain a potential land war with India. Pakistan has countered this narrative by claiming that Pakistanis have suffered enormous loss of life at the hands of extremists, including the Taliban. Islamabad also asserts that Pakistan is host to 1.5 million Afghan refugees, and that the country has launched a robust and legitimate campaign aimed at uprooting militancy. Still, Pakistan admits that it can influence the Taliban, hence the reason Ghani is reaching out to Sharif. And while the two leaders’ resolve to work together is encouraging, the departure of a high-level Afghan official such as Nabil illustrates the difficulties facing Ghani in consolidating support within his government to work with Pakistan. Interactions between the two countries will likely vacillate as they try to navigate the deep-seated tensions that have defined their relationship for so long.

The final obstacle is the Taliban and their need to agree to enter peace talks. Though commanders holding a so-called moderate position, such as Mansoor, have broached the subject of negotiating with Kabul, their standpoint is based on the precondition that all foreign troops withdraw from Afghanistan. Washington recently confirmed that about 10,000 troops will stay in Afghanistan through 2016 (dropping to 5,500 in 2017), while NATO recently confirmed that its troops will remain in Afghanistan until 2020, thereby complicating prospects for peace. Indeed, commenting on the Taliban’s advancing gains following the drawdown of U.S. troops, Taliban spokesman Zabiullah Mujahid posted on Twitter: “The mujahideen are making rapid military gains, capturing territory and destroying enemy centers. Expecting us to surrender and come for talks is foolishness.” 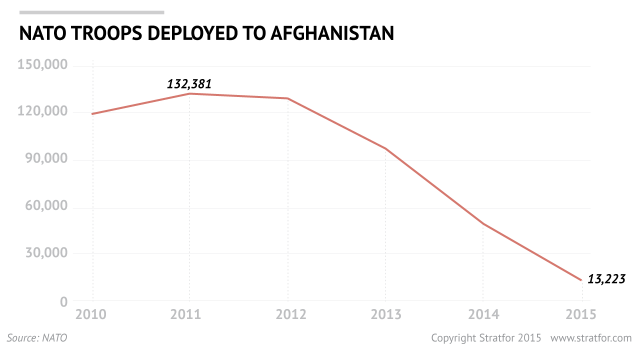 In addition to negotiating with a divided Taliban and mending ties with Pakistan, Ghani faces the problem of improving governance. In a 2014 report, he identified collusive procurement practices, the weak rule of law and abuse of the legal system, and arbitrary regulations that incentivize bribery as the three drivers of corruption in Afghanistan. Addressing the governance challenge is important because it is a major factor that has enabled the Taliban’s revival as a political force. The group has successfully exploited public frustration over government corruption, dysfunction and ineptitude. Given the intractability of these issues, the Taliban will continue to fill the governance and security void by offering policing, protection and courts, among other services traditionally provided by the state, thereby sustaining their presence.

Sharif and Ghani’s meeting was a good sign, but the legacy of mistrust that defines their fragile relationship will hamper the path to progress. Thus, as disunity afflicts both the Taliban and Kabul, the prospects for bringing peace to Afghanistan, a country ravaged by a continuous state of war since 1978, remain dim.