After the Agreement on Iran’s Nuclear Program ; what consequences for the Middle East?

Beyond the Nuclear agreement the purely technical terms is also played the issue of return of Iran in the concert of nations. And by extension: the rebalancing of alliances in the Middle East, noted L’Orient le jour few hours before the announcement of the signing of an agreement. Nuclear, nuclear nothing? To believe the various […] 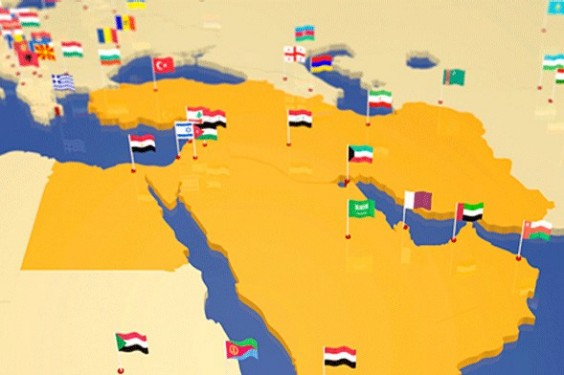 Beyond the Nuclear agreement the purely technical terms is also played the issue of return of Iran in the concert of nations. And by extension: the rebalancing of alliances in the Middle East, noted L’Orient le jour few hours before the announcement of the signing of an agreement.

Nuclear, nuclear nothing? To believe the various statements of diplomats in Vienna, the negotiations between Iran and the 5 + 1 (US, France, Britain, Russia and China – plus Germany) concern only the nuclear issue. At that level, the deal is very clear although rather technical: Iran is unable to acquire nuclear weapons in return for which the 5 + 1 agree to lift the various sanctions in place against him. A perfect “win-win situation”, as the Americans say.

The many technical details such as the number of centrifuges, the pace of the lifting of sanctions and the possibility for members of the International Atomic Energy Agency (IAEA) to monitor the Iranian sites are all guarantees of guarantees of one side or the other. But they are not enough to understand what actually plays in Vienna, beyond the nuclear deal, namely the return of Iran in the concert of nations. And by extension: the rebalancing of alliances in the Middle East. Nuclear

Marginalized since the 1979 Islamic revolution, Iran could, if agreed, rejoin the international community and become, in the medium term, a new strategic partner for Washington. This rebalancing in the US foreign policy in the Middle East seems to be emerging for the past few months. The joint struggle against the Islamic State, the election of Hassan Rouhani to the Iranian presidential, the prospect of energy independence for the United States but also their desire to disengage from the Middle East are all reasons why the two capitals to want to get closer, after 36 years marked by deep mutual distrust. Nuclear

But the prospect of this rebalancing strongly displeases the two most faithful allies of the US in the region, Israel and Saudi Arabia. The two states have repeatedly criticized the possibility of a nuclear deal because of the consequences that this would have on the region. Beyond their inflammatory statements about the danger of Iran having a nuclear bomb – a hazard which, according to experts, would be totally ruled out if agreed – quite the new means offered by the lifting of sanctions that worry Riyadh and Tel Aviv. The end of the embargo on Iran will allow Tehran to recover a substantial financial windfall thanks to the sale of its oil. Israel, like Saudi Arabia, fear that Iran is using the money to feed – even more than it already does – its proxy wars on several fronts: Gaza, Iraq, Syria, Yemen and Lebanon.
Riyad complex

If a nuclear agreement would have no real impact on the covenant with Israel, which appears as a structural fact of American policy in the Middle East, it is not the same for the alliance between Washington and Riyadh. Although the United States will not let go overnight their Saudi ally, which remains their main buyer of weapons, the fact remains that this alliance could be reconsidered based on new US interests in the region and the new configuration of power relations. In their war against Sunni extremism, the United States might be tempted to rely on two regional gendarmes: firstly Saudi Arabia, the heart of Sunni Islam, and also Iran, heart of Shiite Islam. A rebalancing that would play very clearly to the detriment of Riyadh, which already has a lot more harm than Tehran to justify its war against the Islamic state (EI).

Riyadh suffers – rightly – a complex real inferiority vis-à-vis Tehran. Iran has a diplomatic power, military, scientific and demographic resources unique to Saudi Arabia. In other words, a nuclear deal between Iran and the 5 + 1 would mean the failure of the hegemonic will – revived by the war in Yemen – Riyadh in the region: the decline of the Arab world in favor of the Persians.

A nuclear deal would not mean as much as the United States offer a carte blanche to Iran in the region. Tensions between the two countries are such that they can not be erased overnight. The Iranian regime is likely to continue to use the argument of the fight against imperialism to justify a repressive and expansionist policy. In contrast, the US will try to reassure allies and persevere, probably, in their criticism of the regime.

In the short term, the nuclear deal is not expected to fundamentally change the regional order. In the medium and long term, however, it could completely upset with opportunities for negotiations on Lebanese issues, Syrian, Iraqi, Yemeni and Palestinian-Israeli.

The agreement is similar to an American clearly bet. A gamble, since there is no guarantee that Iran will change its foreign policy. Instead, she might feel in a strong position and let go the temptation to hubris. Three elements are nevertheless qualify this possibility. A: If Iran is reintegrated into the international community, it must respect the rules. Two: the reform wing (Rohani / Zarif) will also be strengthened if agreed and could eventually take over the conservative wing, especially represented by General Qassem Soleimani. Three: the Iranian people, in application modernization but impoverished by sanctions, would certainly a very dim view of the fact that the new financial entries are only meant to finance wars across the region.