Are Countries and Cities Running Out of Water?

There is a water crisis. Because water covers 70% of our planet, we tend to think water will always be around. But, freshwater is actually quite rare. In fact, only 3% of Earth’s water is freshwater, and most of that is frozen in glaciers or otherwise unattainable. Because of this, 1.1 billion people around the […] 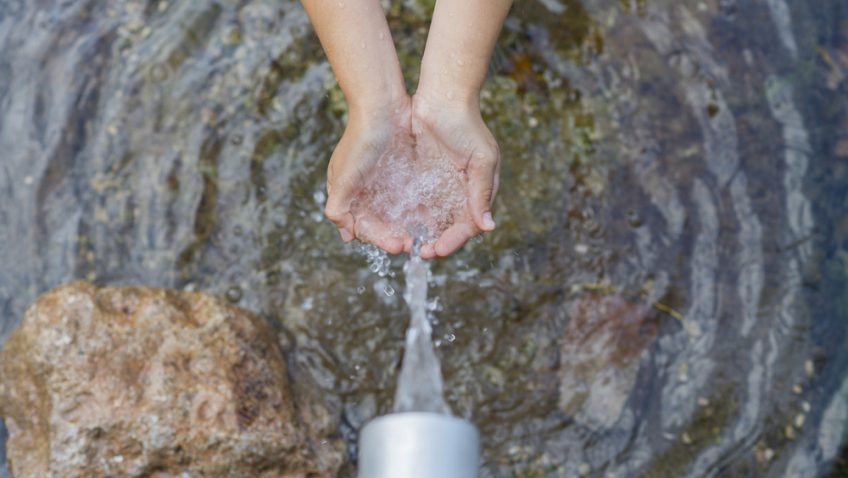 There is a water crisis.

Because water covers 70% of our planet, we tend to think water will always be around. But, freshwater is actually quite rare. In fact, only 3% of Earth’s water is freshwater, and most of that is frozen in glaciers or otherwise unattainable.

Because of this, 1.1 billion people around the world don’t have access to fresh water, and another 2.7 billion people experience water scarcity at least one month out of each year. Unsanitary water effects 2.4 billion people—they are unprotected from water-borne diseases like cholera and typhoid fever. Two million people die every year from diarrheal diseases.

Additionally, water systems that maintain thriving ecosystems and feed the human population have become strained. Lakes, rivers, and aquifers continue to dry up or become too contaminated for consumption or everyday use.

A staggering fifty percent of the world’s wetlands have vanished. Agriculture consumes, and wastes, more water than any other cause. Changing weather patterns are affecting rain and other sources of water worldwide, creating both droughts and floods.

By 2025, scientists predict that two-thirds of the world’s population could have water shortages and ecosystems around the globe will continue to disintegrate.

All this raises some important questions. What causes water scarcity? Are cities and countries running out of water? What can be done?

We’ll break it down further for you.

The United Nations Development Program has determined that economic scarcity is more often the case because regions cannot make it accessible. The improvement of water accessibility is the result many countries and governments hope for.

What Is Causing the Water Crisis? The growing global water crisis has many potential causes:

Despite these obstacles, governments, businesses, universities, and private citizens are acknowledging the earth’s water challenges and starting to act. Fresh water alone will not do; public pressure and political will must be harnessed to ensure a sustainable future.

Which Countries and Cities Are Being Hit Hardest?

The water crisis is a global one, and there are multiple countries and cities facing imminent water crises.

São Paulo, Brazil is one of the 10 most populated cities in the world whose main reservoir fell below 4% capacity in 2015. When the crisis peaked, the city of over 21.7 million had less than 20 days of water supply, which led to looting and civil unrest.

The water crisis was declared over in 2016, but in January 2017, the water reserves were 15% below desired levels, creating another potential crisis.

Local officials in Bangalore have been stymied by expansive property developments following Bangalore’s meteoric rise as a tech hub. The result is that city’s water and sewage systems are being maxed out. The city’s antiquated plumbing needs an upgrade as the city loses over 50% of its drinking water to waste.

In 2014, with 20% of the world’s population residing in Beijing, the city had only 7% of the planet’s freshwater. Columbia University researchers estimate that the country’s water reserves were decimated 13% between 2000 and 2009.

Cairo, Egypt was once a great civilization, but its chief asset, the River Nile, is stressed today.

As the source of 97% of Egypt’s water, it is being polluted by untreated residential and agricultural waste. World Health Organization (WHO) data shows Egypt has high levels of water pollution related deaths. By 2025, the country will be critically short of potable water. Jakarta, Indonesia faces the threat of rising sea levels and direct human action, most frequently, illegally dug wells that are draining the aquifers. Now, approximately 40% of Jakarta is below sea level, according the World Bank. Even worse, the aquifers are not being refilled by the heavy rain because the overabundance of concrete and asphalt keeps open fields from absorbing rainfall.

Moscow, Russia is home to one-quarter of the earth’s fresh water reserves. But, pollution problems beginning in the industrial age of the Soviet era continue to be prevalent. The residents of Moscow are tied to being dependent on surface water for 70% of their use. Most of that water does not meet necessary clean water standards.

Istanbul, Turkey is officially in a water stress zone as the supply has fallen since 2016.Local experts predict a water scarcity as soon as 2030. Recently, populated areas like Istanbul, with its 14 million people, have experienced shortages during drier months, and the reservoir levels continue to decline.

Mexico City, Mexico water shortages are nothing new for its 21 million people. Only 20% get a few hours from their taps each week and a further 20% have running water for partial days. The city is required to import up to 40% of its water and has no recycling processes.

London, England is not a place one thinks of when discussing water crises. However, the average rainfall is only 50% of that of New York and less than the average for Paris. London draws its water from its rivers. But, London is likely to experience water supply issues as soon as 2025.

Tokyo, Japan appreciates precipitation levels like that of Seattle; but, it only falls four months each year. Water is collected during the rainy season to help provide during the drier months. Private and public buildings in Tokyo use rainwater collection systems. Tokyo’s 30+ million people depend 70% on lakes, rivers, and melted snow.

Miami, Florida, USA is one of five US states with heavy rainfall. During the draining of swamps in the early 1900s, water from the Atlantic Ocean contaminated the main aquifer. Even though the problem was discovered in the 1930s, ocean water still leaks into the aquifer.

But, one of the hardest hit areas is Cape Town, South Africa. The causes of Cape Town’s water crisis are under debate. Cape Town is on the verge of approaching Day Zero when they officially run out of water. Day Zero is based on current estimates of water usage, and currently it’s estimated it will occur sometime in 2019. To push the date back as far as possible, city residents are on strict water rations.

The authorities are fighting congestion in the streets and policing fighting in the water queues. The drought is compounded by invasive species sucking up water resources, population growth, poor planning, mismanagement, and lack of development of new resources.

Data shows that 2017 and the years 2015 to 2017 were the driest in Cape Town since the early 1930s. The drought seems to show up once every 84 years. Long-term data estimate a massive drought occurs every 311 years. However, human-caused climate change could be speeding up the drought cycle.

What Is Being Done In Response? The 2030 Water Resources Group has collected water scarcity solution plans from studies conducted worldwide. Here are a few of the dozens of proposals being attempted around the world.

Textile dyeing uses significant amounts of water and generates extremely polluted water run-off that requires costly treatment before discharge into local rivers. A new dyeing technology, called DyeOx, has been implemented in Taiwan. It uses carbon dioxide rather than water to dye textiles. The process in this case study showed a clean water savings of 8.25 million cubic meters.

This project was set up on the two main canal and branch networks in the Nile Delta. Experts are relining irrigation canals to considerably reduce fresh water leakage. This is in conjunction with governmental reforms and accountability, training, and education of farmers on water management.

A $700 million public and private modernization project began in 30 states in Mexico to increase competitiveness and efficacy of irrigated agriculture. The project applied a collection of improvements to irrigation infrastructure to increase productivity per unit of water.

There is no doubt that water scarcity is a global issue requiring the cooperation of governments, corporations, scientists, organizations, and citizens worldwide. It will take the effort of multiple agencies to begin a significant use of fresh water recycling technologies as well as policies to reduce consumption during drought conditions.

With the studies and proposals currently in place, as well as those that will be implemented in the near future, there is some hope that our planet will be able to continue to provide fresh water for all its inhabitants.

This article was initially published by Connect for Water and can be accessed here.