AUKUS AND THE CHINA’S SECURITY DILEMMA

Australia, the United Kingdom, and the United States of America signed a trilateral security pact on the 15th of September 2021 after Australia ditched France. Australia had a A$90bn deal with France which required France to provide Aussies with 12 nuclear submarines but Australia canceled it and joined UK and US. France abruptly recalled its […] 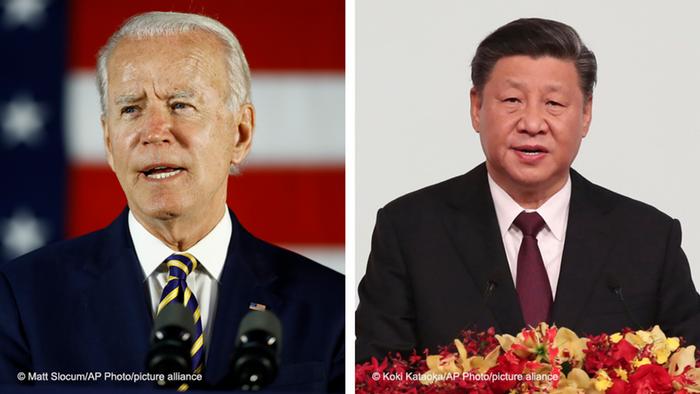 Australia, the United Kingdom, and the United States of America signed a trilateral security pact on the 15th of September 2021 after Australia ditched France. Australia had a A$90bn deal with France which required France to provide Aussies with 12 nuclear submarines but Australia canceled it and joined UK and US. France abruptly recalled its Ambassadors from Australia and US and called the deal “Stab in the Back” Chinese Foreign Ministry spokesperson called the deal an irresponsible act and said that the agreement undermines regional stability and peace. The agreement allows Australia to become the second country after the UK to use US nuclear submarine technology, the three allies will cooperate in Artificial Intelligence, enhance cyber capabilities, Quantum Technologies, and underwater systems. Besides that, US and UK will help Australia to build at least 8 nuclear-powered submarines.

Australian Prime Minister Scott Morrison emphasized at ASPI’s Sydney Dialogue that AUKUS will enable the three allies to advance their nuclear technologies and joint capabilities which will help them to prepare for upcoming challenges in the 21st century. XI-Jinping addressed the SCO head of states and emphasized that regional states must resist and not allow the foreign powers to interfere in internal affairs of the region and urged them to hold their future, progress, and development solely in their own hands. Scott Morrison must have calculated that the Grand Strategy applied by three allies will provide the strategic depth in the Indo Pacific region and the Chinese will sit quietly, look around, and will let them do whatever their ambitions dictate.

The basic principles of Chinese Foreign Policy are not to become part of any power block which means not making any alliance that is based on strategic competition and isolating the other states. One of the main pillars of Foreign Policy of China is not to participate in power politics and not to seek expansionism and to maintain friendly relations with neighboring states by promoting trade and encouraging economic activities, not to interfere in internal affairs of sovereign states and not let other states interfere and challenge China’s sovereignty. If any state is following expansionist policy, then its aggressive behavior may trigger other states to form a counterbalancing coalition. If an adversary is flexing its military muscles, more than its needs for its defense then the other state will retaliate in order to stop its expansionist designs. Well, the AUKUS agreement has already sprinkled oil on the field and China has retaliated by showing its supremacy in the South China Sea. On 16 November 2021 Chinese coastguard ships blocked two Philippines supply boats that were within the country’s Exclusive Economic Zone(EEZ) in the South China Sea and also fired water cannons on the boats. These actions show that China is willing to show its supremacy especially in the Islands which China claims to be its part called the “nine-dash line.

If a state adds into its military power and increases its defense in order to protect itself from aggression of adversaries, then the opponent will do the same and it will create a security dilemma in the other state which is what happening with China. AUKUS has created a security dilemma in China and that’s why Beijing has started to retaliate. A Washington-based think tank published a report named “Pulling Back the Curtain on China’s Maritime Militia”.It said 100 militia boats were deployed by China near Philippine occupied Thitu Island in 2018 and 200 at unoccupied Whitsun Reef in Spring 2021.IT also said that on any given day approximately 300 Chinese maritime militias vessels in the Spratly Islands of the South China Sea because China has territorial claims In the South China Sea and wants them to become an integral part of China.

INTERIM NATIONAL SECURITY STRATEGIC GUIDANCE by Washington in March 2021 clearly stated US intentions that it will protect its allies’ democracies against Chinese aggression. The US also pledged that it will make sure that the US not China will set the Global order and international agenda. To protect its interests and to counter threats of collective security will defend and cooperate with its allies in each sector.US has also pledged to support Chinese neighboring states which are facing existential threats from China especially Taiwan. Both Japan and China have territorial claims over Senkaku Islands and consider it to be their integral part but the United States of America stance is that China’s claims are baseless and do not fit on principles of International Law. America’s wounds are still fresh after facing defeat in the form of withdrawal of US and allies’ forces from Afghanistan but a superpower is called a superpower when it has a sphere of influence beyond its borders. It seems that the great power competition has shifted towards Indo-Pacific with the main objective of containment of China. The world-leading powers are once again in a race of overwhelming each other. This time US has realized that it has to come up with a new Grand Strategy because the Chinese presence in the Indo-Pacific especially the South China Sea possesses a threat to the vital interests of US. In order to increase its influence United States has chosen its European allies this time by dragging them in the rivalry of the great powers.

Zohaib Tahoor
I have done Bachelor's in International Relations from National Defence University Islamabad.I have interest in research and current affairs and political events happening around the world.