Bobi wine: The New Face of Opposition in Uganda

Bobi Wine: The New Face Of Opposition In Uganda Yoweri Museveni like many other revolutionary leaders in contradiction to their own radical standing hardly allows for a healthy opposition politics or the rise of a similar figure in their national politics. As much as Uganda has grown under the long sitting septuagenarian, his constitutional maneuver […] 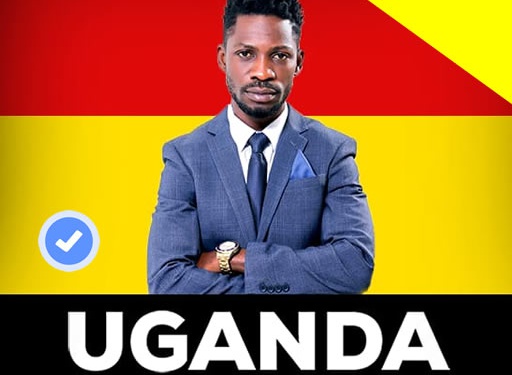 Bobi Wine: The New Face Of Opposition In Uganda

Yoweri Museveni like many other revolutionary leaders in contradiction to their own radical standing hardly allows for a healthy opposition politics or the rise of a similar figure in their national politics. As much as Uganda has grown under the long sitting septuagenarian, his constitutional maneuver to remove any limit to his reign as opposed to the principles he enunciated when he came to power in 1986 has distracted a lot from his achievements in the international scene. The opposition camp has since 1999 been led by Dr. Kizza Besigye who was once his ally and personal physician during the struggle of the bush war in the 70s and early 80s. Dr. Besigye has contested four times and lost to Museveni in elections that were trailed by legal contest. In a recent press conference, the opposition leader acceded to the view that the present regime can only be removed from power through a concerted effort by all the opposition parties.
The rise to fame of the musician turned parliamentarian, Robert Kyagulanyi popularly known as Bobi Wine has been said to cause discomfort to both the government and the hitherto opposition camp led by Dr. Besigye. The 36 years old Bobi Wine has leveraged effectively on his youthfulness, musical fame and digital technology to project himself as a new voice in Ugandan politics. Bobi Wine became a member of the parliament having won the Kyandodo east by-election June last year.

In one of the quotes attributed to him, he said:
“When our leaders become misleaders, and our mentors become tormentors, when our freedom of expression become the target of suppression we cannot but make opposition our position.”
The position of opposition has brought him to the blacklist of the government. In a major constitutional controversy last year on amending the age limit for seeking the highest position in the country which was initially between 35 and 75, Wine revealed that lawmakers were bribed for their support in scrapping age limits for the presidency. He further said that he received 29 million Uganda Shillings ($8,000) and asked his bank to return it to the sender before exposing the corruption on social media in what brought embarrassment to the presidency. Safe the amendment of the Article 102 (b) Museveni would have been barred from contesting for the sixth time in the next election in 2021. In a similar scandal in 2004, parliamentarians who openly supported the president third term bid were given US $3,000 which many people regarded as bribe to ensure the required two-third of parliamentarian vote to lift the two-term limit.
Following a clash between the supporters of Bobi Wine and those of the president, the former has been arrested and detained in Makindye military prison near Kampala. The hash tag #FreeBobiWine has since then been trending on social media and fast dominating the internet space. The trial of Wine in military court despite the fact that he is civilian has received serious condemnation. In what further attested to the rise of Wine as the third force in Uganda, while in detention the candidate supported by him, Kassiano Wadri won Arua Municipality by-election with the candidate of the NRM –the president party coming second while the major opposition party FDC came distant fourth. However, it is clear that Museveni is undermining the power of the new generation politicians who are equipped with the soft power of digital technology. The use of brutal force is making a hero of Wine and showing that the government might be on the path to self-defeatism.

There are lessons in the regime change that took place in Tunisia, Egypt and Libya as well as Zimbabwe for Museveni. It is better to allow for a peaceful atmosphere for opposition politics than precipitating a forced regime change.

*Kamal Ololade Ahmed is a postgraduate student at the Nigerian Defence Academy, Kaduna can be reached via ebullientololade@live.com