Post World War Two, The USSR and USA emerged as super-powers who later formed their respective military alliances and pitched against one another; the Soviets, having realized the potential of ‘Soft Power’ employed a substantially large public diplomacy program against the west and promoting the Communist system. Subsequently, they succeeded in making East European countries […] 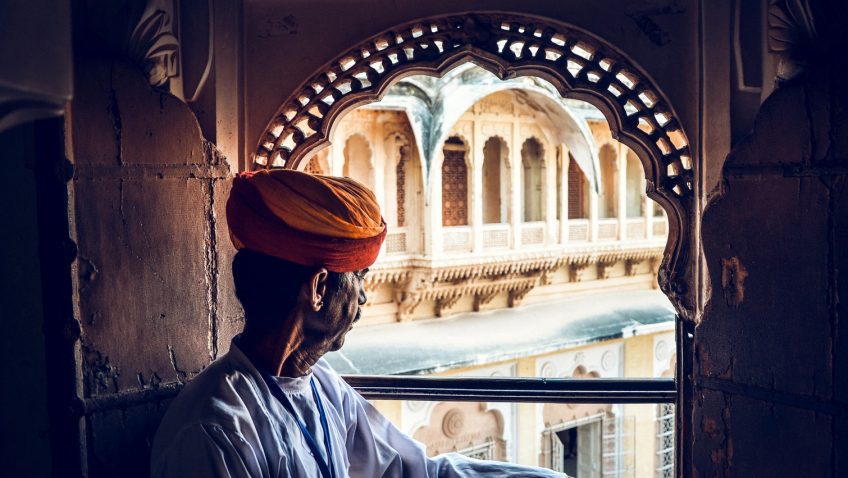 Post World War Two, The USSR and USA emerged as super-powers who later formed their respective military alliances and pitched against one another; the Soviets, having realized the potential of ‘Soft Power’ employed a substantially large public diplomacy program against the west and promoting the Communist system. Subsequently, they succeeded in making East European countries believe in the goodness of Communism, as a result, many of those countries assimilated Communism into their political system. This was largely possible because of the USSR’s ‘Soft Power’ a concept introduced by Joseph Nye – an American Political Scientist – is relatively newer in today’s world. He goes on to define ‘soft power’ as ‘the ability to affect others to obtain the outcomes one wants through attraction rather than coercion’. In today’s world, knowing that public perceptions play a large role in determining a Country’s global image, the concept of soft power has never been as important as it it is today.

Joseph Nye talks of America as a quintessential employer of soft power(1) in a way that it is home to some of the World’s most eminent brands like Boeing, IBM, Levi’s, Starbucks among others which are part of the daily life of people across the globe especially in metropolitan cities and it has largely been the reason why the world has become ‘Americanised’ to a great extent ; this is coupled with America’s global military presence, deft diplomacy and the ability to forge alliances and partnerships to their advantage. These factors can be attributed to America’s success to establish itself as the sole power-house of the world.

The 2018 ‘Soft Power 30’ index has placed the UK at top followed by France and Germany. India does not figure separately in the list but the report features a chapter solely on Asia, listing ten countries in the region, ranking India’s soft power as eighth. The report is certainly not satisfactory vis-à-vis India knowing that therein lies a huge yet largely unidentified prospect of harnessing India’s soft power and channelizing it our advantage. In India’s context, everything from Buddha to Bollywood(2) may be used as a tool to advance and employ its soft power. India’s rich cultural heritage, status of being the largest democracy, palatable cuisine, bollywood film industry among other factors may rightly be termed as our soft power assets. An example of successful usage of soft power is reaching global consensus to observe 21st of June as International Day of Yoga. It is at least one day that every informed citizen of the world would think about India in a positive way, as a result, India’s global image gains momentum. I would now like to shift focus to Afghanistan; both India and the USA have been involved in rebuilding Afghanistan’s ravaged infrastructure for some time now. India may not have contributed as much as the USA have in monetary terms but in the eye of common Afghani citizens, India enjoys a much better image than the USA; it won’t be an exaggeration to say that it has largely been possible because of the soft power that India wields in Afghanistan in form of people-to-people contacts, promoting cultural linkages and undertaking gestures like inviting Afghanistan’s cricket team to play their first Test Match in Bangalore, goodwill visits et alia. India’s relations with Bangladesh have been going through ups and downs ever since Bangladesh’s inception; apart from the fact that issues concerning both countries need to be sorted out in a way that the outcome is acceptable to both India and Bangladesh, a gesture by India’s External Affairs Minister Mrs Sushma Swaraj is worth mentioning. While on her official visit to Dhaka, few months ago, she presented Bangladesh’s Prime Minister Ms Sheikh Hasina with the weapon of the then GoC-in-C of erstwhile East Pakistan Lt Gen AAK Niazi, which was captured by the Indian forces as a result of Pakistan’s surrender during Bangladesh Liberation War in 1971. The gesture was very well received by Bangladesh’s citizens and has gone a long way in cementing India’s relationship with Bangladesh. However, there are certain domestic bottlenecks which do not help India leverage its soft power across the global spectrum; in 2012 the awful rape of a young woman in Delhi created global headlines showing India in extremely negative light(3) and even dubbing Delhi as the ‘rape capital’ of the world gave a significant jolt to India’s global image bringing down the number of foreign tourists after the above-mentioned incident took place. Every time an incident of lynching takes place in some nook or corner of the country, it sends an unpleasant signal to the world that India and its establishment have been fostering radical elements in the society contrary to the image of what India has been known for historically; its composite culture, deep-rooted secularism and one of very few countries in the world where every person has the fundamental right to practice, profess and propagate any religion. India does not only preaches but practices the principle of ‘acceptance’ which is many steps ahead of the western concept of ‘tolerance’. However, every time an untoward communal riot takes place it poses a big question-mark whether India has failed to remain on the moral high ground that it has attained over centuries. The essence of Soft power may be summed into what Shashi Tharoor, an Indian Politician and former UN Under-Secretary General said ‘In today’s World it’s not the side with bigger Army that wins, it’s the country which tells the better story that prevails’(4).

According to many eminent economic think tanks across the globe, India is set to become the world’s third largest economy by 2030 after the USA and China. China is constantly pitched against India along with a question that who wields the better prospect to establish itself as the next super-power of twenty first century; undoubtedly China has been faring better than India in economic and military domain and therefore its chances to establish itself as the next super-power are much brighter than India’s. However, one of the domains where China lags behind India is the potential to harness and use soft power to its advantage. China is a relatively closed society where people do not enjoy liberties beyond a certain limit; the historical baggage of Mao’s brutal tenure; ethnic cleansing of Tibetans; lack of religious freedom especially vis-à-vis Uighur Muslims in Xinjiang province; Tianamen square massacre are some factors which limit China’s capacity to wield influence on people across the globe. India, even though it had its share of political upheavals, is seen with a more positive view. It is not only for the Government but also for the civil society to lend a helping hand in identifying and employing India’s soft power assets to its advantage.

Shashwat Vats
I am a History student based in India with keen interest in Geopolitical & Geostrategic affairs and International Relations.