Coronavirus has hit the world hard this year. Though not being the first pandemic for the world to face in modern history, the level of severity is astonishingly high even comparing to past cases, mostly due to the openness of our society and to the wide range of possibilities a modern person has that could […] 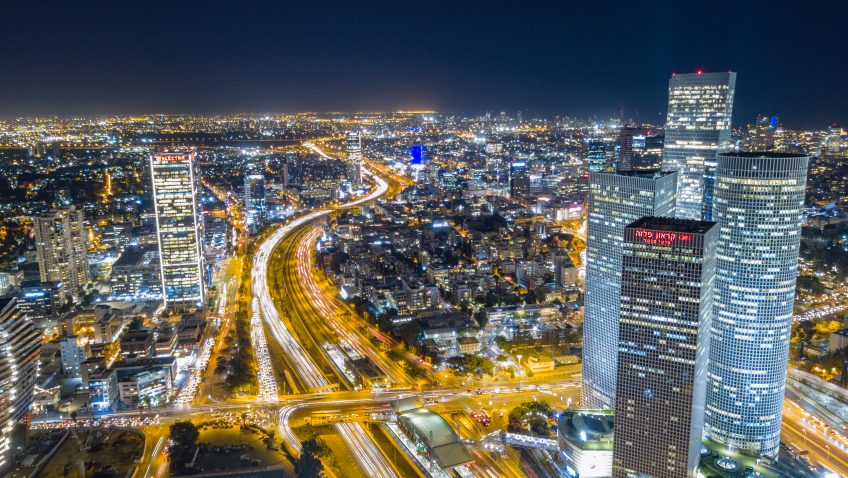 Coronavirus has hit the world hard this year. Though not being the first pandemic for the world to face in modern history, the level of severity is astonishingly high even comparing to past cases, mostly due to the openness of our society and to the wide range of possibilities a modern person has that could easily accelerate the spread of the disease. This unexpected turn of events required some strict measures and immediate implementation of new policies, sometimes quite unpopular with the population. 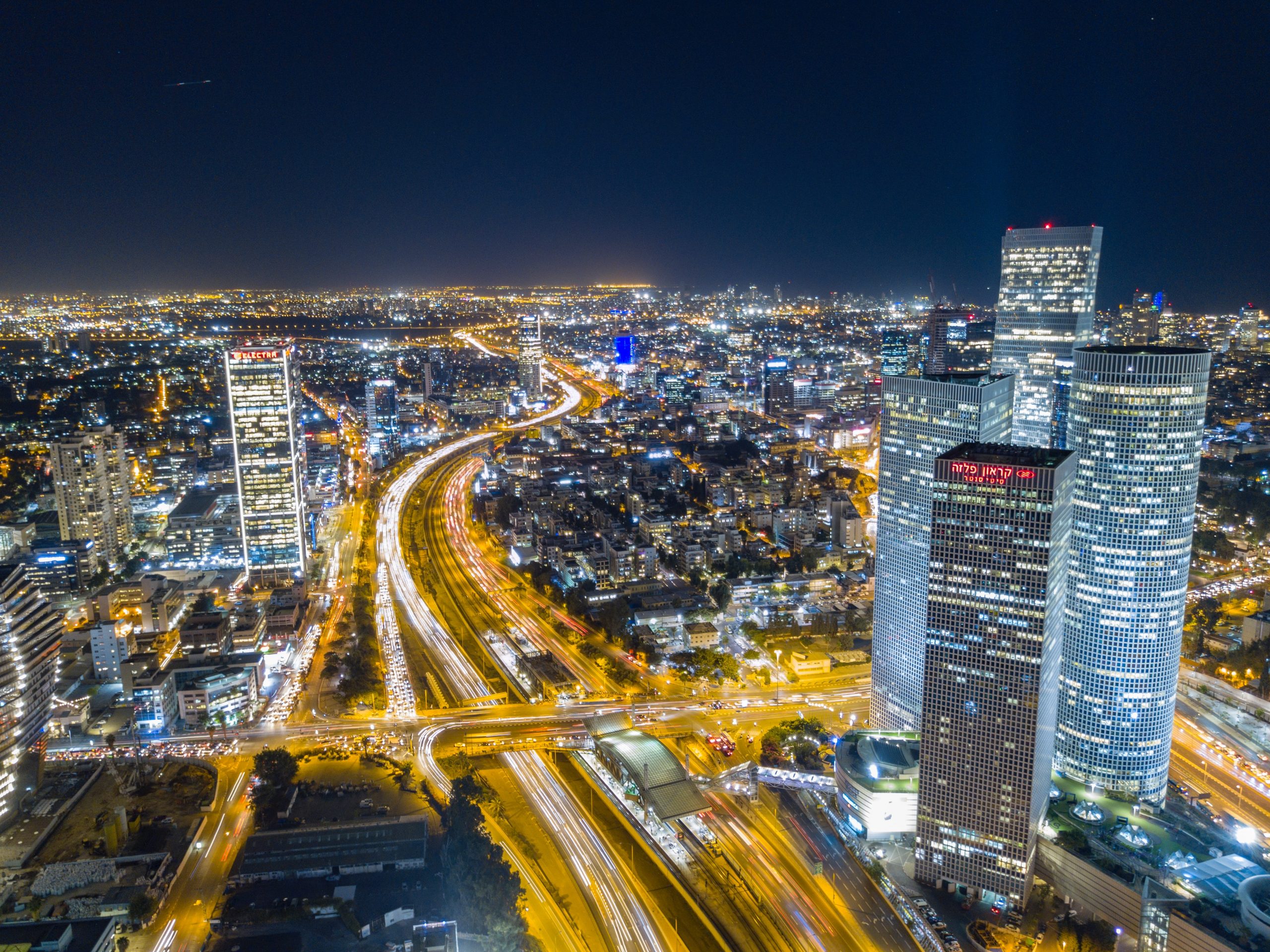 Israel managed to become an ultimate leader of this struggle in the first half of 2020. Setting an example for the rest of the world, they have instantly anounced new restrictions that were supposed to hold the virus back from spreading fast among the people, such as limiting social gatherings down to 10 people at first while obliging the attendees to keep a distance of 2 metres between each other, and then even declaring a national state of emergency, banning Israelis from leaving their homes unless necessary, closing up entire cities with spiking coronavirus diagnoses and introducing fines for the violators. Those measures have even put them on the first place in Coronavirus Health Safety Countries Ranking by Deep Knowledge Group (as of March 30, 2020).

Nevertheless, as of the moment of this publication, Israel appears to have fallen hard down this list, now holding 24th place by the number of positive cases in the world, with around 4 thousand new cases every 24 hours. So how did it happen?
Religious pressure
It’s impossible to talk about Israel’s social issues without mentioning religion and culture. They both play an important role in everyday life of Israel’s population and stand high above many other things in people’s list of priorities, meaning that there are traditions and customs that Israelis will never give up on, no matter the circumstances. No wonder that one of the biggest difficulties for the government when forming an anti-pandemic policy was the negotiation process with religious authorities regarding prayers and holidays’ celebrations.

For instance, Judaism requires a certain minimal amount of people (a minyan) to be present in a synagogue during a public prayer. Now, this quorum is actually ten Jewish adults, which means that ten was the only possible ammount of people attending the synagogue that wouldn’t contradict neither with the law nor with the Jewish tradition. However, since the 2-metre distance requirement was also introduced, most of the synagogues were simply uncapable of meeting all the limitations due to lack of indoor space. The solution was suggested by the two Chief Rabbies of Israel, which called for Jews to close all the synagogues and pray outside. Unfortunately, cities like Bnei Brak, a center of Haredi Judaism, were too concervative to change their way of perception of Judaism, so they refused to abandon their traditions. This included ignoring both the word of the Chief Rabbies and the Health Ministry restrictions. The results were catastrophic: the number of new positive tests has risen sharply, which caused the total isolation of Bnei Brak by police, as well as some other strongly religious cities and districts.

Another powerful factor is the religious lobbying in the government. Netanyahu, being strongly supported by the religious population, has made a Hasidic politician, Yaakov Litzman, a Minister of Health. Many blame Litzman for his exceptionally lenient attitude toward enforcing health guidelines in ultra-Orthodox communities from the start of the pandemic, which might have been a major cause for the thrive of COVID-19 among religious communities. Although, it didn’t take long before he was caught violating his own restriction during the prayer, and immediately after that becoming the first Member of Parliament of Israel being tested positive for the virus.
National treasure
Another important factor that had its influence on the matter was the population’s unwillingness to accept the new way of everyday life. The newly introduced restrictions were mostly met as if they were pure violation of basic human rights and were strongly opposed by Israelis, which only turned into more gatherings in a form of protests and demonstrations.

In addition to that, Israel was the first country to openly use its Security Agency technology to control the monitor the movement of its citizens in order to inform the people if they were in touch with a confirmed infected person and if they are obliged to enter a 14-day quarantine at home or in specially designated areas after being in contact with one. Those measures lead to many people making less money and sometimes even losing their jobs. The percentage of unemployment skyrocketed and caused even more unrest.

It is important to understand that the economic effects of those policies were absolutely devastating. The forecast of closing businesses for 2020 made by Bank of Israel was twice worse than for the previous year, and the forecast made by Organisation for Economic Co-operation and Development projected negative growth of 6.2%. According to the latter, the second wave of COVID-19, if happens, may cause the economy to shrink by 8.3%, and will not recover before 2022. The unemployment rate has risen from 3.3% in February 2020 up to 4.9% in August 2020. Although the government tried to calm people down by giving each citizen a one-time grant worth 750 shekels (about 215$), it obviously didn’t help much, concerning the fact that 750 shekels is equal working only 26 hours on minimum hourly wage.

All those measures and their consecuences angered people so much that they basically started to ignore them on purpose. The beaches were crowded with swimmers and surfers, parks were full of BBQ-lovers, and night clubs and restaurants, though being regularly fined for violating restrictions, were thriving with clients. So, this is not surprising at all that the virus has managed to spread within the population as if the restrictions never existed.
What should we learn from Israeli example?
Without a doubt, COVID-19 and the world’s battle against it is a complex and unprecedented issue that simply cannot be tackled without some casualties on the way. But Israeli policy did not only miss the objective, which was to hold back the virus from affecting its citizens, but has also managed to lead to the aftermath that Israel will have to deal with even long after the pandemic ends. So yes, Israel has set a good example. An example of how a country should not deal with such a disasterous situation.