Remembering Cyrus – the Great (part I)

A teacher once asked her pupils that who proposed the first charter of human rights? The students were baffled by the question and after much debate, no one could reach the right answer. She was surprised to see the level of general knowledge of her pupils. She then carried on with her lecture, of course […] 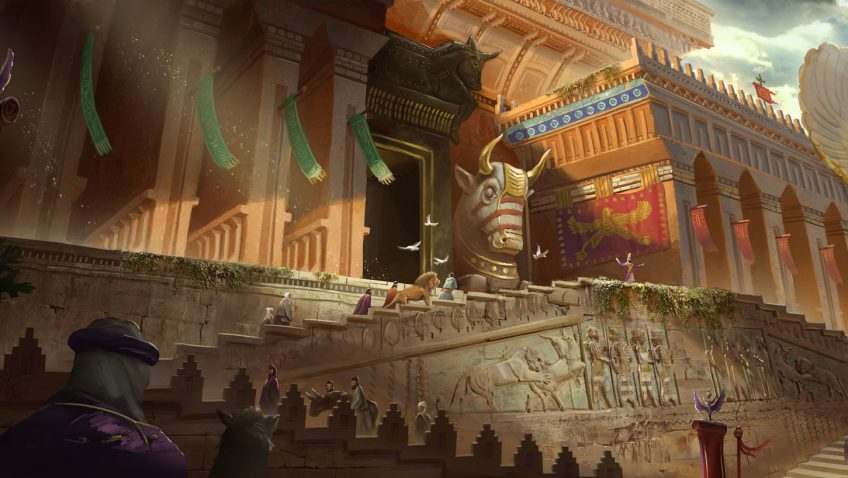 A teacher once asked her pupils that who proposed the first charter of human rights? The students were baffled by the question and after much debate, no one could reach the right answer. She was surprised to see the level of general knowledge of her pupils. She then carried on with her lecture, of course after informing her class about the “Cyrus Cylinder”. Cyrus Cylinder is known as the world’s first Charter of Human Rights and the provisions of the Cyrus Cylinder parallel to the first four articles of the Universal Declaration of Human Rights. Human Rights were relevant in around 500 B.C. as they are relevant today. Therefore, this man deserves to be remembered today. In his human rights charter, Cyrus – The Great set a precedent of being a secular ruler “who practised tolerance towards other religions (Crompton, 2014, p. 80).” In this regard, Peter Weller (2014) adds that Cyrus-The Great believed in cultural and religious tolerance who freed captured Jews of Babylon to return back to their homeland Israel. Adding to this, he says that Cyrus presented himself as a liberator, not a conqueror to the people of Babylon (Documentary: The Persians: Engineering an Empire, 2014). Crompton (2014) also supports this argument. Spek (2014) considers Cyrus-The Great as a champion of religious tolerance (p. 235).

Crompton (2014) further writes that Cyrus-The Great was the son of the Persian King Cambyses I. Religious beliefs were important for the ancient leaders but Cyrus’s religious beliefs are unclear. No one can ascertain that whether he was a follower of the prophet Zoroaster or a worshipper of Persian goddesses and gods. He was certainly a clever ruler and one of the greatest conquerors of the ancient world. Cyrus-The Great was one of those leaders of the ancient world who created a nexus between shrewd diplomacy and battlefield tactics. That is why, he is known as ‘The Shepherd’ by the Iranians (Crompton, 2014, p. 22 – 23).

Persian Empire that this man ruled was the largest empire the world has ever seen (Hunt, 2014). Cyrus – The Great came into power in 559 B.C. which proved to be the beginning of an extolled dynasty. His reign changed the course of history and redefined the architectural possibility. Moreover, he became undisputed world leader after crushing his all rivals by 554 B.C. (The Persians: Engineering an Empire, 2014). However, Briant (2002) argues that the chronology of Cyrus’s reign is uncertain. He further argues that two events of his life are only dated: one is the capture of Babylon in 539 B.C. and the other is his death in Central Asia in 530 B.C during a battle (p.34). The documentary (The Persians: Engineering an Empire, 2014) also supports these dates of these two events.

Crompton (2014) quotes Herodotus about an event from Cyrus’s childhood. He writes that when Cyrus was a baby, his grandfather, King Astyages, had a disturbing dream. In his dream, he saw that there was a river flowing from his daughter Princess Mandane’s stomach. He summoned the Chief soothsayer who interpreted his dream and said his grandson from Mandane would conquer the whole of Asia and would overshadow his grandfather entirely. Since King Astyages did not want such an outcome so he decided that the baby (Cyrus) must die. He handed Cyrus to one of his trusted generals to do the needful. Instead of doing what he was ordered, to avoid divine reckoning the general handed Cyrus to a shepherd and directed him to leave Cyrus at a place where wild animals rambled on the hillside. The shepherd brought Cyrus to his home. His wife, who had recently given birth to a deceased child, proposed him to leave their dead child instead of Cyrus. He agreed. Therefore, Cyrus lived and was brought up at a shepherd’s house (Crompton, 2014, p. 27 & 29).

This leader was kind to the Jews and allowed them to return to Jerusalem in 538 B.C. He allowed them to rebuild their temple and city. For his kindness, the Jews considered him to be one of God’s anointed ones. Cyrus – The Great’s such act of kindness earned him mention in the Bible. Ezra – The Hebrew prophet tells his kindness in the Bible – 1:2-3 (Beck, et al. 2009, p. 100).

This article is one of our series published on history. The other one dealt about Jean of Arc you can find it here http://www.young-diplomats.com/learning-from-the-hundred-years-war-1337-1453-part-i/