With Albanian, Bulgarian and Serbian nationalists claiming its territory and Greece lobbying against its name since the country declared independence in 1991, Republic of Macedonia has been a thorn in the eye of almost each of its neighbouring countries. Some members of the Greek right together with their Bulgarian counterparts even claim that the whole […] 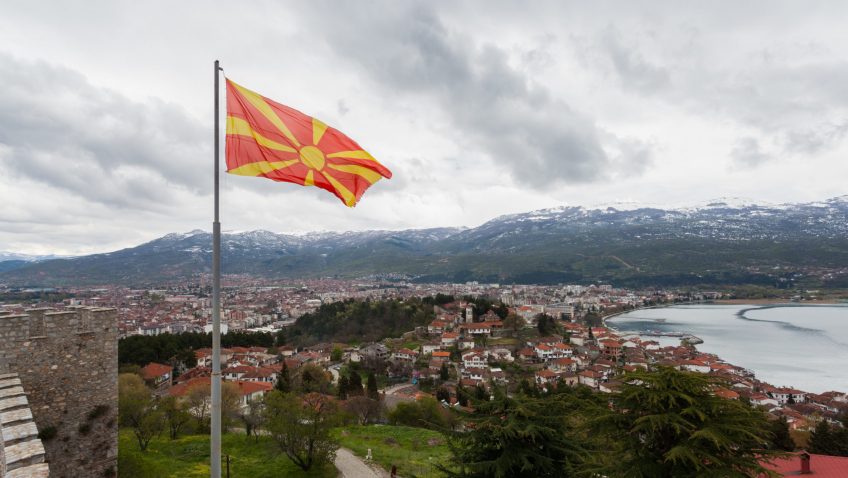 With Albanian, Bulgarian and Serbian nationalists claiming its territory and Greece lobbying against its name since the country declared independence in 1991, Republic of Macedonia has been a thorn in the eye of almost each of its neighbouring countries. Some members of the Greek right together with their Bulgarian counterparts even claim that the whole Macedonian identity was invented by the Yugoslavia’s leader, Josip Broz Tito, in order to solidify his rule over the land.

Unlike other Yugoslav republics, Macedonia seceded peacefully from Yugoslavia. However, it was not spared the ethnic conflict within its borders. The Kosovo War generated an influx of Albanian refugees to whom the Macedonian government opened its borders and in 2001 a rebel Albanian group started an insurgency in some areas on the border with Kosovo. NATO-brokered peace treaty was signed 9 months after the fighting began and thus laid foundation to ethnic reconciliation. Today the Albanians comprise 25 percent of the country’s population and their political representatives take part in the ruling coalition.

Macedonia’s efforts to join both the European Union and NATO have been obstructed by Greece, which has been stating that the country’s name implies a claim to a Greek region of the same name, but also Greek cultural and historical heritage. This resulted in the country being referred to as the former Yugoslav Republic of Macedonia (FYROM) by the international organizations which have dealings with it. In June 2018, after 27 years of dispute, an agreement was finally signed between Zoran Zaev and Alexis Tsipras, the prime ministers of Macedonia and Greece respectively. Macedonia was to change its name to Republic of North Macedonia while Greece would never veto Macedonia’s attempts to join EU and/or NATO. A non-binding national referendum followed in September with roughly 94 percent of the votes in favour of the name change, but with only 36.9 percent of the registered voters actually voting. The turnout had to be at least 50 percent in order for the referendum to be valid. One of the main reasons for the low turnout is the boycott campaign run by the right-wing opposition party VMRO-DPMNE and the country’s president Gjorge Ivanov who encouraged people not to vote. According to him, this agreement with Greece means treason.

Despite the failed referendum, the parliament of Macedonia (Sobranie) started to debate the constitutional changes which require two-thirds majority and on the 19th of October the required 80 deputies voted in favour of the name change. The NATO invited Macedonia to become its 30th member already in July and the accession talks with the European Union are expected to take place this year. The Greek parliament will also have to vote on the agreement for it to be enacted. However, Panos Kammenos, the Greek defence minister, has threatened to leave the ruling coalition if the deal passes. His small right-wing party Independent Greeks supports the Coalition of the Radical Left (SYRIZA) and the loss of his party’s support would mean losing the majority in the Hellenic Parliament for the ruling party. New Democracy, the largest opposition party in Greece is also against the deal with Macedonia. Its leader Kyriakos Mitsotaki has urged other political parties to vote against the agreement as it would mean recognition of the Macedonian language and ethnicity.

Nevertheless, should everything go as the current prime ministers of the two countries have planned, Republic of North Macedonia will be on a secure path to join its neighbours Bulgaria and Greece in NATO and the European Union. Other Balkan countries, Albania, Serbia, and Montenegro are also expected to join the EU by 2025.

Benjamin Mihoci
This is democracy manifest