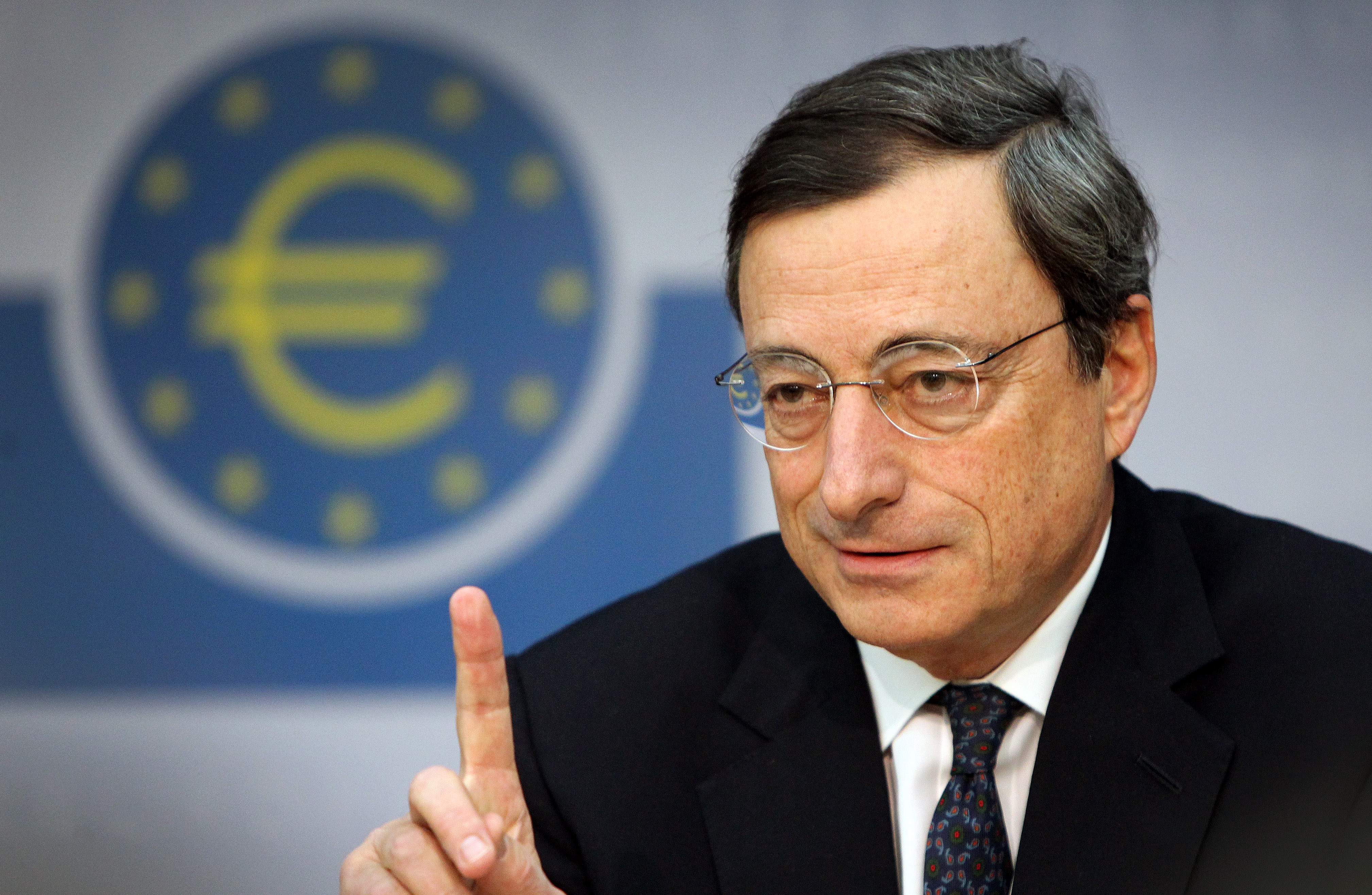 The European Central Bank’s new chief Mario Draghi gestures during his first press conference at the ECB in Frankfurt/M., western Germany, on November 3, 2011. The European Central Bank’s decision to cut its key interest rates in a surprise move was “unanimous”, the 64-year-old Italian said. Draghi’s first few days as ECB president have certainly been a baptism of fire. The 17-nation eurozone is back in deep crisis following the shock call by Greece for a national referendum on a debt rescue reached with huge difficulty only last week. Draghi took over at the helm of the ECB from Jean-Claude Trichet. AFP PHOTO / DANIEL ROLAND (Photo credit should read DANIEL ROLAND/AFP/Getty Images)