Whatever the state of Kim Jong-Un, the spotlight on Pyongyang mustn’t fade

The world’s focus is clearly quite preoccupied just now. But just as life in North Korea has always been unique, so too has its coronavirus experience. We have no daily figures or reputable statistics – just a missing leader.   A media source in Seoul, South Korea, said that the Supreme Leader had been taken […] 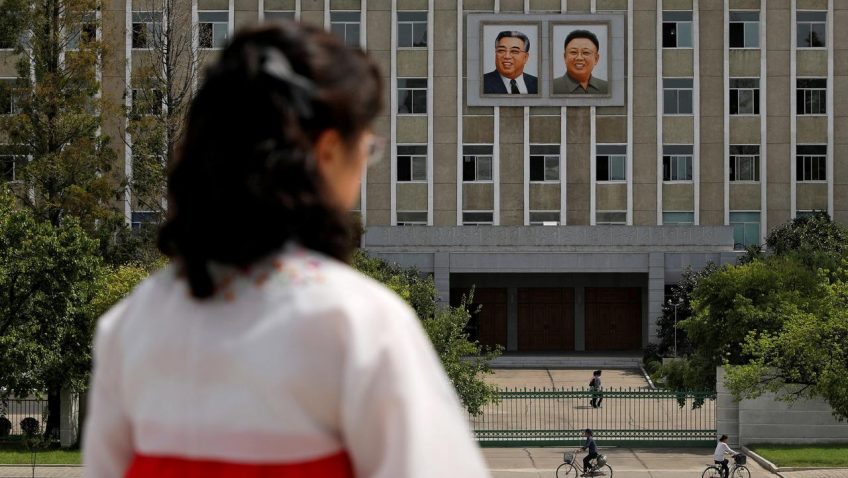 The world’s focus is clearly quite preoccupied just now. But just as life in North Korea has always been unique, so too has its coronavirus experience. We have no daily figures or reputable statistics – just a missing leader.

A media source in Seoul, South Korea, said that the Supreme Leader had been taken for cardiovascular surgery on April 12. North Korean state media revealed that Kim Jong-Un had attended a government meeting on April 11. These dates are important because they occur very close to April 15 – the DPRK’s most senior national celebration. It marks the birthday of Kim Il-Sung, the country’s ultimate supreme and founder (and Kim Jong-Un’s grandfather). As soon as Jong-un’s absence was noted, alarms began to ring around the world. By comparison, if Queen Elizabeth missed her annual Christmas speech or the Pope missed Easter events, concern would arise. In the most secretive country in the world, where is the man who has shown intention to liberalise North Korea?

Naturally, it was assumed by some that Jong-Un was dead. A failed surgery could account for his whereabouts, as too could a lethal Covid-19 attack. In these early days, it was deemed unlikely and media from the Korean peninsula reported that the Leader was expected to make an appearance sometime soon. Thirteen days later, the ambiguity of that promise has come to the fore and a more sinister explanation has become much more plausible. Conflicting reports include the communist ruler being in “a vegetative state” and “gravely ill” yet some other reports have downplayed these claims. US President Donald Trump, and confidant of Jong-Un, has admitted that the US is monitoring the situation. China yesterday (25/04/20) sent a special team to investigate and ascertain a definitive answer on the Supreme Leader’s health. Trump’s comments are predictable insofar as towing the line of successive US presidents in wanting to solve the North Korea problem. However, Trump’s approach turned the geopolitical etiquette on its head in 2018 when he met the North Korean leader face-to-face. No other Western leader has ever taken such a step.

The potential severity of this situation is lessened by the global focus on tackling coronavirus, and understandably so. But when the pandemic eventually calls a halt, international relations will not. Decades of diplomacy with North Korea and the West have resulted in greater openness and official talks – something that seemed impossible under Kim Il-Sung’s tenure. This progress for nuclear disarmament – and with it, global security – risks being undone with a leadership crisis.

A crisis because it is not clear who would immediately succeed Kim Jong-Un in the event that he has died or his health requires him to abdicate his position as Supreme Leader. Despite rumours of other children, he and his wife Ru Sol-ju have only one child – a daughter, aged seven. In the event that she would be too young to take power, one of the more credible ideas is that his sister, Kim Jong-yo, would assume the mantle. As with many within the North Korean regime, little is known about her. She has influenced much of the DPRK’s propaganda machine and has not spoken out against any of the questionable acts taken under Kim Jong-Un’s leadership since 2011 (such as the assassination of his half-brother Kim Jong-nam using a nerve-agent in 2017).

As the world’s powers wait for a definitive response, the speculation continues to grow. ‘#KimJongUnDEAD’ has already begun trending on Twitter and rumours of a succession battle are well underway. The West must continue its efforts to break down the barriers on the other side of the DMZ and show Pyongyang that embracing openness, democracy and free trade holds mutual benefits. That, in addition to denuclearising the Korean peninsula entirely, carry enough motivation to keep North Korea towards the top of the global agenda. Whatever the state of Kim Jong-Un, the spotlight on Pyongyang mustn’t fade.