Summary Another oil pipeline in Nigeria’s Niger Delta region has been disrupted. Royal Dutch Shell’s Forcados Pipeline in Burutu, Delta state, was ruptured Feb. 14, which caused the entire pipeline to shut down. That it occurred in the oil-rich region, where militants have long harassed energy infrastructure for political and financial gain, is not surprising. […]

Another oil pipeline in Nigeria’s Niger Delta region has been disrupted. Royal Dutch Shell’s Forcados Pipeline in Burutu, Delta state, was ruptured Feb. 14, which caused the entire pipeline to shut down. That it occurred in the oil-rich region, where militants have long harassed energy infrastructure for political and financial gain, is not surprising. What is remarkable is that a hitherto unheard of militant group reportedly carried out the attack. The so-called Niger Delta Avengers claimed responsibility for the damage to the pipeline, immediately reviving fears of militancy in the lucrative region.

Though it is tempting to see the emergence of an entirely new militant group as heralding greater instability in the Niger Delta — a concern not necessarily unwarranted, given the area’s history — the attack and other recent endeavors to halt energy production have mostly been in vain. That is not to say assaults will not continue or that oil may not be threatened with disruptions from time to time. But whatever political or social support that militants had in the past to threaten Nigerian energy has largely evaporated, regardless of what militants might try to do to regain that power.

Officials confirmed that the oil spill was caused by a rupture in a section located at Tokebeleu, near Ojulagha, Delta state. Loading of all oil was immediately suspended. The Forcados terminal has a capacity of 400,000 barrels of crude oil a day, a full quarter of Nigeria’s average export over the past few years. A joint investigation conducted by Shell, Seplat Petroleum Development Co. and the Nigerian National Petroleum Corp. determined that the cause of the export line leak was sabotage. The drop in oil prices, combined with a national budget predicated on energy production, makes the shutdown a huge blow to Nigeria’s already depleted revenues.

The Niger Delta Avengers also claimed to have attacked the Bonny Soku Gas Export Line the week of Feb. 8. And on Feb. 23, the militant group reportedly warned that attacks on oil installations in the region would continue until the federal government addresses its grievances. Unlike other militant gangs operating in the Niger Delta typically led by prominent personalities, the Niger Delta Avengers have no known associations yet, and there are doubts as to whether they a real group. Still, that the group claims to have attacked a pipeline of such sizable output deserves attention.

And this is not the only incident that has brought the security of the Niger Delta into question. The Nigerian government is building a case on corruption charges against well-known former militant leader Government “Tompolo” Ekpemupolo. Remnants of the Movement for the Emancipation of the Niger Delta (MEND), which Tompolo led, attacked a pipeline in response to the case.

However, since then, Tompolo’s situation has worsened considerably. According to a Stratfor source with extensive contacts among Niger Delta militant leaders, Tompolo has said he will not submit to the courts out of fear of being shown falling from his previous prominence. Tompolo is believed to have even said he would die before he would submit and be thrown in prison. There is a genuine corruption case to be heard against Tompolo — he made the recommendation to former President Goodluck Jonathan to appoint a director of the Nigerian Maritime Administration and Safety Agency, funds from which can be directly linked to Tompolo, including contracts that were paid without rendering services.

Tompolo is in a dilemma. He has lost the political relevance he enjoyed under Jonathan’s government. The loss of protection, followed by his refusal to submit to two court orders by the Economic and Financial Crimes Commission, is especially risky, given Nigerian President Muhammadu Buhari’s drive to empower the country’s judiciary. In addition, Tompolo has physically threatened the prosecutor of the crimes commission, giving the government little choice but to come down hard on him. Daring the government with further belligerence could provoke a direct military response, which the militant leader cannot afford or repel. The commission’s prosecution will likely confiscate Tompolo’s known properties to recoup the alleged fraud as well.

Tompolo’s whereabouts are unknown. The Nigerian military has occupied his former militant camp as well as all strategic crossroads in the Niger Delta, making it difficult for him to maneuver, though he could be hiding in the Warri region or around his hometown of Gbaramatu. He must answer to the corruption case, but how and when is unknown.

The weak position of Tompolo and all Niger Delta militants even remotely considering a new militancy campaign is thanks in large part to the efforts of the Buhari and Jonathan administrations. Buhari has continued funding the patronage networks in the region, appeasing many groups and convincing them to avoid conflict with his government. The Niger Delta region also feels it enjoyed its fair share political and economic prominence under Jonathan, who hailed from the region’s Bayelsa state, from 2010-2015. But the region’s leaders could not monopolize federal government power forever, and in 2015 they accepted the country’s election results, ceding power to Buhari and his All Progressives Congress.

Along with a similar continuation of the amnesty program for former delta militants, prominent militant leaders such as Ebikabowei “Boyloaf” Victor Ben and Ateke Tom are being placated and show no sign of interest in returning to militancy. Furthermore, it would be difficult to mobilize popular support for a new militancy campaign. Host communities in the Niger Delta have seen that the amnesty program and militancy largely benefited only the militant leaders, not the people, and certain areas remain heavily impoverished. Avoiding turning their communities into battlefields between armed forces and militants is only more reason to prevent any campaign from sprouting by denying it assistance.

Yet the rise of a new militant group in the Niger Delta still leaves many questions unanswered.

First, there are some doubts that the pipeline rupture was in fact caused by militant sabotage at all. Environmental activists ‎have questioned Shell’s claim and argued that the leak was instead caused by negligence on the part of the oil company. Criminal bunkering gone awry could also be responsible. Illegal bunkering of Nigerian crude is highly lucrative and continues to take place despite government efforts to rein it in.

Second, it is unclear what led to the founding of the Niger Delta Avengers. It is possible that some criminal splinter interests set up the new group, using the name alone to raise notoriety. It might also be led by people wanting to claim relevance to get money from the government or oil companies through security contracts. Tompolo, who allegedly acquired his wealth through fraudulent security contracts, and his loyalists are the only ones who are unlikely to be behind its formation. Though he and his men have a motive to launch a militancy campaign, it would not be in his or his men’s interest to start a war they could not win against the Nigerian government.

Buhari will continue the militant amnesty program — recently renewing it through 2018 — and other mechanisms to placate the Niger Delta region through patronage. As a result, the region will not return to widespread politically motivated violence targeting the oil and natural gas industry. But regardless of whether the Niger Delta Avengers are a real militant group, gangs will continue conducting armed robberies, occasional kidnappings for ransom, pipeline vandalism and bunkering throughout the region. 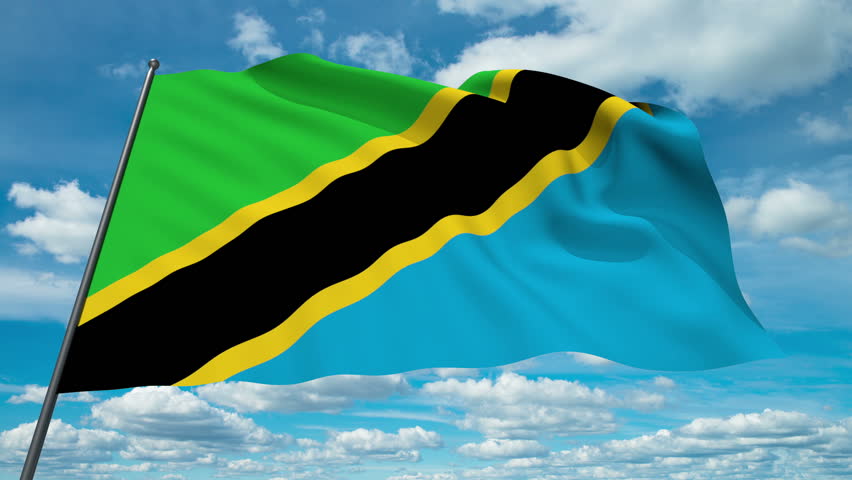