The progress of Houthis rebel troops  toward the city of Aden in the south of Yemen , has definitely plunged the country in a civil war , fueled by the rivalry between Iran and Saudi Arabia, with the Islamic State  as a new disruptive agent. Yemen is experiencing a chaotic situation for many months and […]

Yemen as a new battleground

The progress of Houthis rebel troops  toward the city of Aden in the south of Yemen , has definitely plunged the country in a civil war , fueled by the rivalry between Iran and Saudi Arabia, with the Islamic State  as a new disruptive agent.

Yemen is experiencing a chaotic situation for many months and the situation is getting worse. Wednesday , March 25 , Houthis rebel troops which are installed in the capital Sana’a, were pursuing their advance toward the south and the city of Aden , where the legitimate president Abd Rabbo Mansour Hadi was exfiltrated. Aerials raid were taking place against the presidential palace.

The Houthis , have also seized after limited fighting , the air base of Al-Anad , deserted since last week by US troops stationed there. Which now puts them at least thirty kilometers of Aden.

However , since the very deadly attacks into two Shiites mosques in Sana’a last week, Yemen has to deal with a new disruptive agent , the organization of the Islamic State (IS), which claimed the attacks.

YoungDiplomats sum up what is actually at stake in Yemen

The struggle between Houthis and President Hadi.

Since former president of Yemen , Ali Abdullah Saleh was forced to give up his seat in 2012, the current president recognized by the United Nations , Abd Rabbo Mansour Hadi , under pressure from the Houthis , a Shia Zaidi located at the North of the country , close to the Saudi Border. The rise of the Houthis , who took the capital Sanaa in September and are now moving towards the South , where has fled the president Hadi, is notably supported by the former President Saleh. Far from having given up on the power , the latter plays a game disorder through its networks within the army, many of whom have remained loyal.

“The advance of Houthis to the south suggests that the President does not possess important military forces loyal to him. There is also a high probability according to many experts interviewed by YoungDiplomats , that an important part of the Army joined the Houthis side. The reasons for that is that the army was already largely under the control of former president Saleh , and from the moment he decided to support the Houthi movement, he brought with him the majority of the army. A good example of that is that  we saw an aerial bombing of presidential palace by the Houthis , however all the airforce is supposed to be detained by Yemen’s Army.

But by pushing his personal interests , the former president Saleh added a religious dimension to his struggle between Zaidi Shiite Houthis and President Hadi , a Sunni, like the majority of its population. “ While the religious issue was not from first importance in Yemen , it has gradually become so, . since the transition and since Ali Abdullah Saleh has rediscovered its Zaidi identity.  Saleh played a dangerous game since the end of 2012 , and now Yemen found himself in the middle of a polarization that did not exist until now, and this polarization is now fueled by foreign actors , that see in divided Yemen , a good way to expand their sphere of influence.

The fragility of Yemen’s government has indeed fueled the tensions and allowed Saudi Arabia and Iran to exercise on a new playground their regional rivalry. If former President Saleh has tried to take advantage of the sectarian issue, the confrontation , less and less discrete between the Saudis and Iranian, Sunnis and Shiites powers, on Yemeni soil was indeed placed at the center of the chessboard.

In the background there are two powers that emerge and are in a shadow war : Saudi Arabia , which supports the legitimate president Hadi refuge in Aden , then Shiite Iran , which supports the Houthis minority that is becoming more and more powerful in the North of Yemen , close to the Saudi border.  Saudis are afraid that these Houthis became an Iranian proxy-such as Hezbollah in Lebanon- that could potentially endanger the Security of the Saudi Kingdom. Now it is clear that it is potentially devastating because it covers the regional conflict between Sunni and Shiites.

For Iran , it is to extend its influence. For a week there are 14 aircrafts per day ranging from Tehran to Sana’a while where is not normally a regular connection between these two cities , according to latest reports. Iran came into play by taking advantage of the situation and is in the process of forming a base that will look like its bases in Southern Lebanon.

But the most important point is of course the Strait of Bad el-Mandeb , where the bulk of word trade passes and much of the oil , before returning to the Suez Canal and Europe. This strait is strategic and is clearly at the heart of Iran’s maritime ambitions to settle in the region to show that they are not only confined to the Persian Gulf and the Strait of Hormuz. Iran could therefore have two straits , thus becoming an essential partner for the world.

But the Saudi Kingdom has no intention of leaving Tehran advance its objectives. Saudi Arabia has always considered that the security situation in Yemen was a Saudi internal affair. The Saudis have already massed troops on the border, and started aerial bombing of Houthis positions in Sana’a the 26th of March 2015. They are ready for a border confrontation , knowing that in the other side of the border,  it is a Houthi stronghold.

Expansion of the Islamic State

To these internal and external tensions , there is also now the threat of the organization of the Islamic State. By hitting spectacularly , Friday 20th of March , Shiites mosques of Sana’a , the Islamic State informed the world that after Ira, Syria and Libya, Yemen were becoming a new objective.

There was an aggregation that is operating slowly but surely in many territories, both in the Maghreb and in the Mashrik. We saw it in the events that happened in Tunisia , and also in Libya, where slowly but surely an Islamic terror is taking place, we see it in Libya, where the Islamic State already took over the 100k city of Dernaa. Somehow , Yemen is fast becoming a Libya bis”. In both cases , it’s failed states. This is extremely worrying for regional security and even internationally.

In Yemen, the Islamic State can rely on the frustration of the Sunni population , the majority in Yemen , which is angry against the takeover of Sana’a by the Houthis. The objectives of the organization of Abu Bakr Al Baghdadi is to annihilate the Zaidi Shiites , where the Houthis are coming from, while in the same time avoiding President Hadi to come back in power.

The choice of Yemen for Daesh is also highly symbolic vis-à-vis his rival. Indeed, Al Qaeda in the Arabian Peninsulat (AQAP) is indeed the most active branch of Al-Qaida and has been significantly weakened in recent months by drone attacks by the United States. But surprisingly , there is a stimulating competition. These two terrorists groups are on two different records that do not vanish. One is traditionally attacking the West, the far enemy, while the other one goal is to expand its grip on the region”.

The country has practically entered into a civil war. Since the intervention of Saudi Arabia today , we can officially talk about a civil war. Yemen is  trapped into a vicious circle , and it is very hard to predict how they could get out of it. This is in the same time a civil war and a proxy war. These are two wars that fit into each other and give a totally chaotic configuration. 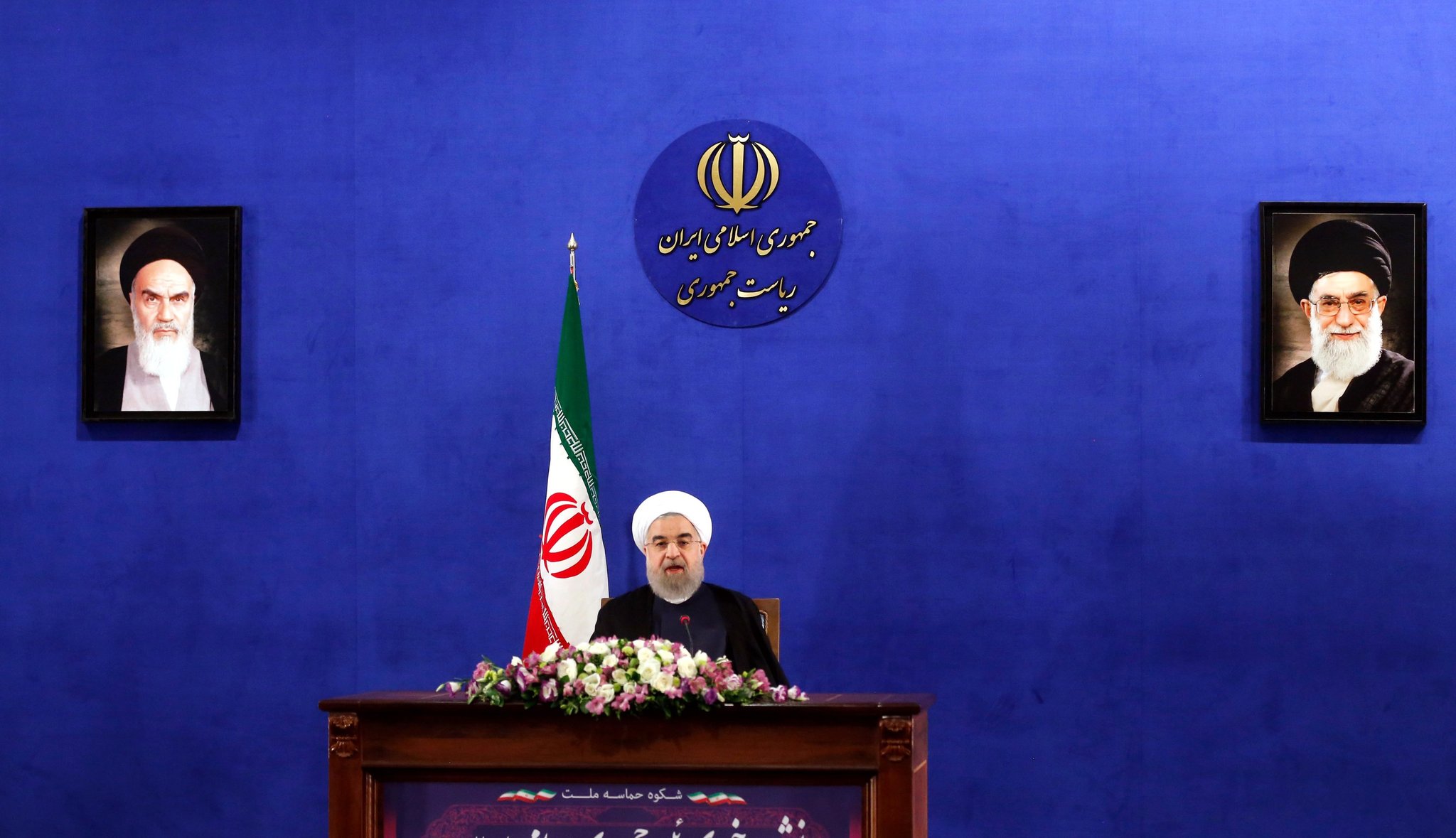 What will change after the Iranian elections? 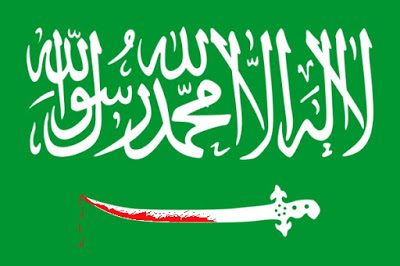