Brazil : Updated Economic Indicators : On 1/12, the IBGE announced the results for the 3rd quarter of GDP. Unfortunately they are not very comforting, even if they confirm a positive trend for the third consecutive quarter. GDP grew by 0.1% compared to the second quarter, curbed by the unfavorable seasonality of the agri-food sector (-3.0%). […]

Brazil : Updated Economic Indicators : On 1/12, the IBGE announced the results for the 3rd quarter of GDP.

Unfortunately they are not very comforting, even if they confirm a positive trend for the third consecutive quarter. GDP grew by 0.1% compared to the second quarter, curbed by the unfavorable seasonality of the agri-food sector (-3.0%).

Considering the first 9 months of the year instead, the 2017 GDP grew by 0.6% compared to the same interval of 2016; in this case the contribution of the agri-food sector was fundamental, with a growth of 14.5% in the period, which offset the negative sign recorded by all the other sectors. That is to say, Brazil continues to be extremely dependent on the performance of crops and on the prices of food commodities.

On the political front, it is increasingly likely that the “mini pension reform” will be put to the vote in the coming weeks (before or after Parliament’s closure), even if it is still difficult to predict the outcome of the vote. Also in this case, as for the labor reform, to obtain the majority of votes the Government will carry out the usual “purchasing campaign” (vote vs. parliamentary amendments or ad-hoc financial allocations).

However, analysts’ attention is increasingly focused on the 2018 presidential campaign.

Luciano Huck (announcer of  TV Rede Globo), that the polls gave a level of approval to 60%, has renounced a possible candidacy.

During the executive assembly in early December, the PSDB will elect Geraldo Alckmin as president of the party, in an extreme attempt to regroup the ranks of an increasingly divided and confused party. It is possible, reaching unanimity on his name, that on this occasion he is launched as a candidate of the party for 2018. The path of Alckmin to consolidate his candidacy and to rally the support of the other central parties, however, is very impervious.

The 2017 GDP forecast is growing slightly, now close to 1%. For 2018 the forecast for a more substantial growth is consolidated and several analysts even see close to 3%. To give more optimism is the good data on investments, which in the third quarter has entered the positive field (+ 1.6%) after 15 consecutive falls.

The 2017 and 2018 inflation forecasts remain unchanged.

The euro is today quoted at around 3.81 reais, as a month ago.

Although not predicted by the average of the Central Bank Focus forecasts, there is already talk of a further 0.5% drop in the Selic in the February 2018 Copom meeting: the 6.5% level should then remain until the end of 2018, except for unforeseen disturbances on the markets.

Weeks of highs and lows for the stock market, under the banner of uncertainty related to the approval of pension reform.

As a month ago, the Bovespa index hovers around 74 thousand points, but has reached a minimum of 71 thousand at the end of November.

For more information on the performance of the Bovespa in 2017, please read the post: https://updatebrazil.wordpress.com/2017/11/22/bovespa-superstar-of-the-year/ 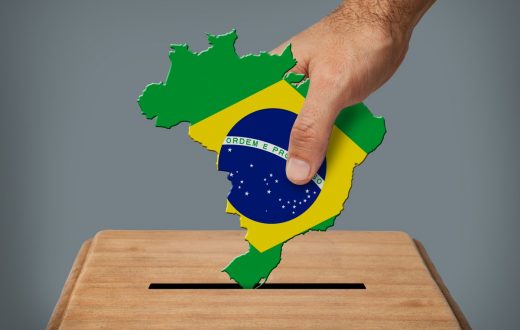 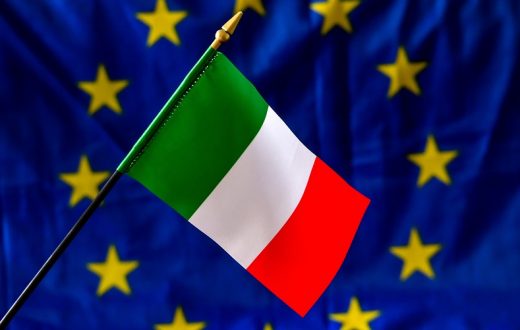