After fighting Taliban for over a decade in the soil of Afghanistan, USA has finally started the negotiating phase with them. The recent peace talks are stimulated by the Trump’s decision of isolationism in the context of Afghanistan and his reiteration that Great nations do not fight endless wars. USA along with some major regional […] 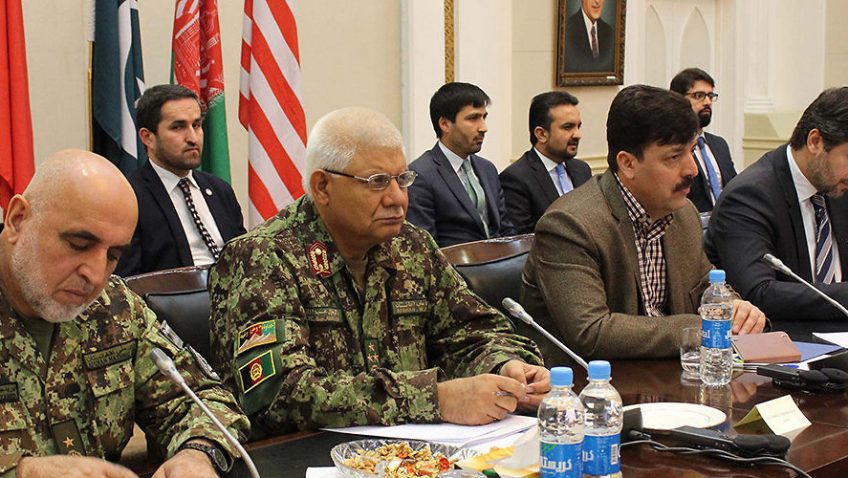 After fighting Taliban for over a decade in the soil of Afghanistan, USA has finally started the negotiating phase with them. The recent peace talks are stimulated by the Trump’s decision of isolationism in the context of Afghanistan and his reiteration that Great nations do not fight endless wars. USA along with some major regional players (Pakistan, China, India, and Russia) is in talks with Taliban to end the ongoing war between them. Zalimay Khalilzad, USA’s special representative for Afghanistan, spent the last year in talks with Afghan Taliban in closed door sessions trying to formulate the road map regarding the principles of their talks.
The first interaction of the both parties was in December 2018, where they sat on the table to start discussion on the peace talks that they are going to have. The role of Pakistan was very crucial in making Taliban sit at the negotiating table as they were not ready to do that before. After that USA realized the importance of the Pakistan that can be very helpful for the future of the peace talks. In the month of March, this year, Taliban and USA had the longest talking session of the two weeks where they agreed on the four clauses that are further going to direct the direction of their peace talks. These issues include; counter terrorism measures, troops withdrawal, comprehensive ceasefire and intra afghan dialogue.

For Taliban, the USA’s withdrawal from Afghanistan is the only incentive for the peace talks as they have clearly stated recently that if USA would back out from their promise of withdrawal, they are not going to hold the peace talks anymore. They want a complete road map of withdrawal from the relevant US authorities before moving on. Zalimay Khalilzad is constantly doing his part of diplomacy to make this work but be also had to face a lot of resentment from within the lobbies from Afghan Government as they see him as a person who wants to become the “viceroy” of Afghanistan.

One of the biggest problem about this ongoing peace talks is the absence of Afghan Government from the previous session of talks where Taliban asked for Hamid Karzai as the representation from Afghanistan instead of anyone from the Government. Because for them there are only two parties to the conflict of Afghanistan; Afghan Taliban and USA. On the other hand Ashraf Ghana’s government thinks that USA can accept the Taliban’s proposal of the interim Government instead for going to elections in the coming July.

Talking about the prospect of peace talks, it is very important to take all the stake holders on board before going to any final decision-making in order to make the talks successful. USA is trying its best to keep the process fast as they want to withdraw within year or two but complete withdrawal of USA from Afghanistan, without any post war work, would create another historical civil war in the country for gaining powers. It would be the same mistake that happened in 1989 right after the defeat of the Soviet Union when USA abandoned this region. It is very necessary to understand that the ability of the afghan government to build a secure society without any substantial foreign intervention is the real challenge for the United States of America.

Recently, Taliban agreed to meet the delegation of Afghan Government and the next round of peace talks is going to start in Qatar but it is very important for both the parties to move ahead with concrete intentions rather than just rhetorical statements. Keeping in view the current circumstances, the July elections are not going to be free and fair at any cost without any chaotic situation. So, whether it is Ashraf Ghani or any XYZ that comes into the power their main challenge is to bring peace and stability in the region that is more required than ever.

After nearly two decades of heavy human and material cost , the land of Afghanistan deserves to witness the ultimate stability and calm and that can be bring about by ensuring the authenticity of the ongoing peace process. Keeping in view the various complex issues of the region, the Afghan peace process needs to be inclusive for all the stake holders. This will lead towards the devising of the strong and fruitful peace plans that can result in tom peace. But question here is how Afghanistan will come to peace if US would leave the region without doing any post war work. There is the need of more comprehensive talks with good intentions and peaceful intents.