Catalonians had a referendum on the 1st of October as a step towards the separation from Spain in the hopes of an independent, free republic. Whilst the referendum did take place, it was dismissed on several grounds, one being that it was not constitutional. The referendum had a response of 90% voting for the separation […]

Catalonians had a referendum on the 1st of October as a step towards the separation from Spain in the hopes of an independent, free republic. Whilst the referendum did take place, it was dismissed on several grounds, one being that it was not constitutional. The referendum had a response of 90% voting for the separation of Spain, whilst only 10% voted against it. Whilst locally, it is perceived as a mere effort towards realizing the right to self-determination, its effects are significant both nationally and internationally.

The Catalonian push for independence sets the precedent for the push for the right to self-determination in Europe.

Catalonia: What is this independence about?

The modern autonomy of Catalonia is derived from the Statute of Autonomy, after which Catalonia was reorganized as an Autonomous community. In 2006, Catalonia was able to amend the Statute of Autonomy to expand the authority of the existing Catalan government. Between 2012 and 2013, there were numerous gatherings of the Catalonian people: a more direct means of pushing for the independence of Catalonia. The government of Artur Mas also regarded the 2015 Catalonian government election as a referendum on the independence of Catalonia. The referendum of 2017 is different, however, due to multiple grounds. This is the first time that Catalonia has called for a referendum explicitly- all other attempts have been implicit. On the other hand, this is the first time that Catalonia has challenged the constitution. The Catalonia Statute of Autonomy dictates that any change to the Status of Catalonia must be done with a two-thirds majority in the Catalonian Parliament. At the same time, any move for independence that affects the territorial integrity of Spain, especially when carried out with its consent, is considered a grave violation of the Spanish Constitution of 1978. Thus, by violating the constitution, this is the first time Catalonia is so blatantly contradicting Spanish values enshrined in its constitution.

The regional effect is, of course, greater tensions. Because of such a violation of the Spanish constitution, Prime Minister Rajoy would now be able to enact article 155 of the constitution. This will enact a direct rule on Catalonia- the results will be disastrous. Clashes between the Spanish police and citizens during the referendum occurred already, with hundreds injured. These are clashes just under status quo. If this is the case under status quo, the situation with direct control (mainly military) over Catalonia would be horrific. Thus, the projection is that if PM Rajoy is to assume such constitutional powers, Spain can devolve into a state of conflict-not an option to an economically handicapped country. 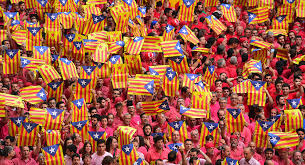 Internationally, once again, the effects are disastrous.

The collapse of Spain is a part of the sequence of activities heralding the fall of the European Union. BREXIT has already happened. Italy, Netherlands, and Greece are other countries that are contemplating the future of their status in the European Union. The collapse of another giant would add to the atmosphere of uncertainty over Europe. This worrying prospect would mean lower investment opportunities because profit-making businesses are not able to maximise profits in a situation of uncertainty and therefore low business confidence. This will spell lower growth rates for countries in the EU. Moreover, it leaves the entire economic and political system of the Union under great vulnerability, which  if it comes down, can have a disastrous effect on the European nations and countries that have economic and political ties with Europe due to the increasing levels of integration of countries with globalization.

Pushes of independence and violence clashes

These actions set the precedent for pushes of independence, and violent clashes elsewhere in Europe as well. The case in point is Cyprus. Although the Republic of Cyprus is the main representative for the people of Cyprus, the Turkish military invasion has led to the Turkish Republic of Northern Cyprus gaining defacto control over the area. The Catalonian push for independence sets the precedent for the push for the right to self-determination in Europe. The problem is the means with which this push for the realization of the right to self-determination is achieved. As you can see, the referendum in Catalonia did not have the participation of all voters (just 42% voted), and it was a contradiction of the constitution; the consequent opposition to the referendum led to hostility, violence, and suspicion. Similarly, with countries still recovering (or suffering) from economic stagnation in Europe, challenging the authority of the government will become increasingly apparent with movements following Catalonia’s example. A possible replay of the Arab Spring, I may be so bold to call the recent events and projected future events as such, would lead to the degradation of Europe’s security further- a cost it simply cannot incur with the magnitude and frequency of radical Islamist sleeper cell attacks across the continent.

The people of Catalonia view the monarchy, King Felipe, as biased towards the central government in place. This minor issue is representative of the bigger, more serious picture- the obvious lack of trust of Catalonia in the Spanish Central Government. Thus to bridge the two parties, negotiation becomes pivotal which may result in the restoration of the dying ties between Catalonia and the Spanish government, through diplomacy and compromise. 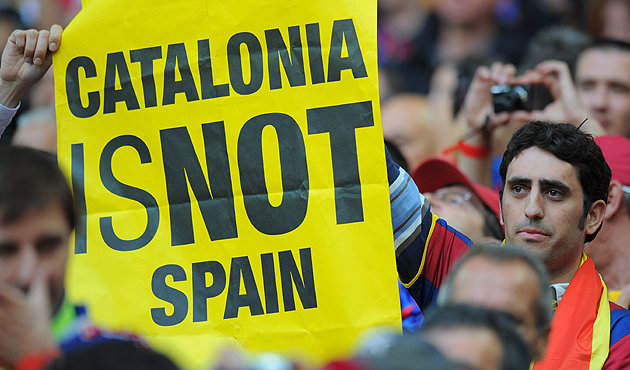 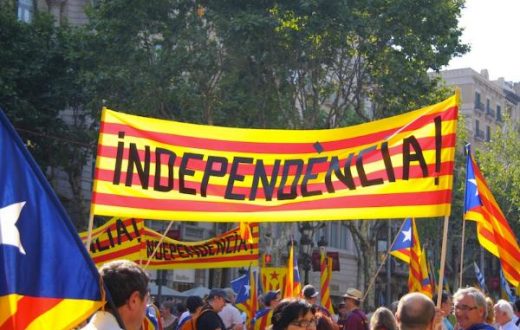 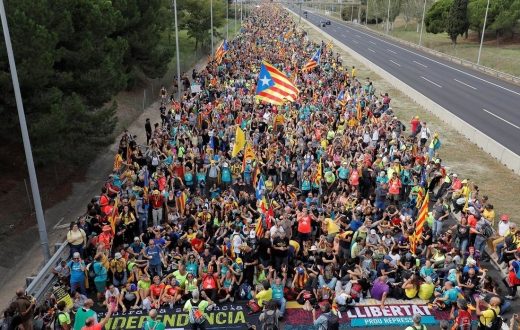