The current border skirmshes along LAC (Line of Actual Control) reported in Eastern Ladakh sector and Northern Sikkim, injuring a dozen of soldiers in physical clashes, followed by increased troop positioning and increased boat-patrolling by PLA in Galwan River valley is a worrying trend for India. This all amid a time when India is still […] 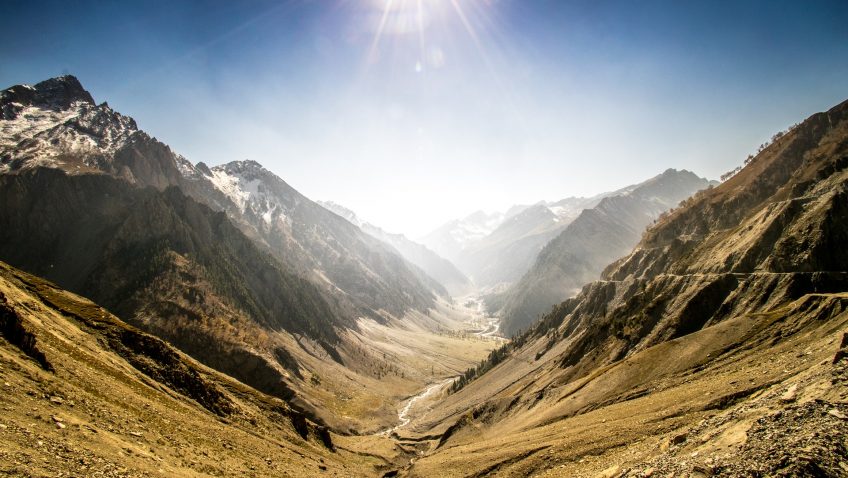 The current border skirmshes along LAC (Line of Actual Control) reported in Eastern Ladakh sector and Northern Sikkim, injuring a dozen of soldiers in physical clashes, followed by increased troop positioning and increased boat-patrolling by PLA in Galwan River valley is a worrying trend for India.

This all amid a time when India is still struggling to contain the COVID Pandemic, all these incidents taking place seems insensitive now. Chinese foreign ministry spokesperson Zhao Lijian stated: “Chinese border troops have always been upholding peace and tranquility along our border areas. China and India stay in close communication and coordination concerning our border affairs within existing channels”.  The statements from The COAS of Indian Army Gen. M M Naravane said, “There were two incidents at Eastern Ladakh and North Sikkim where aggressive behaviour by both sides resulted in minor injuries to troops post which both sides disengaged after dialogue and interaction at local level”, both these statements helped to downplay the flare-up in the current situation.
An unprecedented Act? 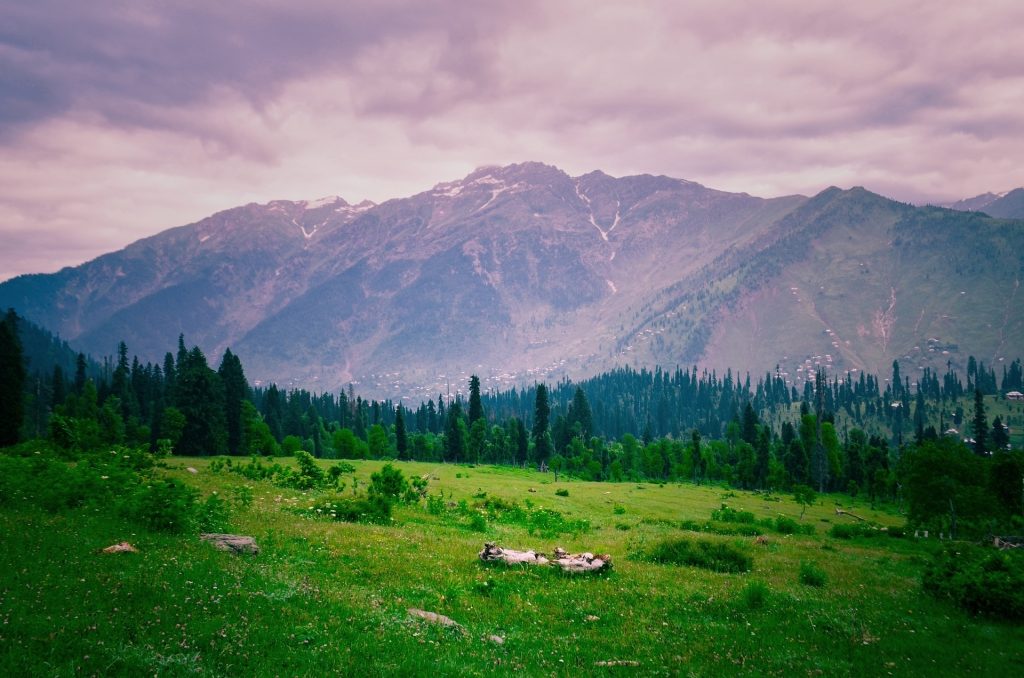 The disputes between Indian military and PLA (People’s Liberation Army) on border areas of LAC has been the issue since the past, but the recent development on the border is different from what we have seen in the past, where in the past the tensions used to de-escalate after the meetings by local military leaders, this time however, the chinese troops are alleged to build camps near Galwan Valley with increased boat patrols in Galwan river, with no sign of abatement even after the continuous meetings between military leaders of both sides. Equally new is the vociferous act by PLA and the frequency with which these incidents happened.

Another unprecedented act is the silence of Chinese media and Chinese officials who are adopting a Silence Diplomacy, a rare show, on this issue unlike the Doklam Crisis where daily on-ground reporting was used to uplift the sentiments of the local population against India. This time, it is different with everything happening silently and with more force.
The Reasons for Dispute
China seems to be upping the ante against India. What can be the possible reasons behind it, is it a perception of boundary problem, or is it problem of taking away of special status from J&K by The GOI, or is it the recent road development by India on the Indian side of LAC, or is it the move to draw a red line for India by China over India’s changing state by supporting the Taiwan issue and an independent investigation into the origin of the Pandemic. There are several possibilities one can think of, and several analysts and experts are offering different perceptions in this regard.

India and China have a real issue of perception of boundaries, what game theorists refer to as the “Commitment problem.” In game theory, a commitment problem arises when two actors would be better off in the present by committing themselves to a cooperative relationship in the future. But, if the actors know that they will prefer to renege on their agreement in the future, the benefits of cooperation in the present cannot be realized, and even a mutually beneficial agreement cannot be struck. Simply put, if “Rising” India assumes that her material power and leverage vis-a-vis China is likely to improve, India has no incentive on accepting a China’s “benign hegemony” and a negotiated settlement at a time when India cannot realise the advantage of this increased leverage. This is also true in China’s case, with an aspiration of future “Global power”, China considers to be getting more out of India in the future. A status quo agreement that seeks to formalize the existing LAC becomes difficult to accept.

Now to understand why it is happening on Indian borders, we also have to look at the development in Chinese politics. Recently the 13th National People’s Congress (NPC) and 3rd session of 13th China People’s Political consultative Congress  (CPPCC) have concluded, which are considered to be the biggest events for the political class in China. The CCP (Chinese Communist Party) who is under severe criticism from Chinese citizens due to the Economic crisis and the handling of COVID, has opted a strategy to flex its muscles in this time to strengthen its position. The simmering tension inside CCP has made Mr. Xi do the things with alacrity and whenever an autocratic regime finds itself in danger of coup or oust, it acts vociferously inside and outside, to strengthen its position, that is what we are now seeing from Mr. Jinping’s side.

Another area to look upon is recent development in global politics, where allegations on China’s role in the contagion (COVID) has strengthened worldwide, which has prompted China to look for ways to shut the voices, be it sanctioning Australia or drawing red lines for India through border dispute or Employing the show of Power Politics in the South China Sea to shut the voices in neighbouring states. The issue of Taiwan’s inclusion into WHO and the increasing voice against Chinese action in Hongkong (where PRC has recently passed a National security bill taking away the sovereignty of Hongkong), are the issues which China has perceived as an attack to her One-China policy, which prompted China to act violently.
The recent development of Road (DSDBO) by India on the India side of LAC upto Galwan Valley is something which China wants India to avoid. China has good infrastructure near Border areas, but this is not the case for India, however, India has made strides in the recent past. The latest skirmishes on LAC is an excuse China is giving for her actions which is a red sign from Chinese side to India. Here, China is opting for a Pakistani strategy of blaming India for escalations on borders and justifying her actions against India.
All these amalgamate to make the current issue more serious. Now looking behind closed doors, what we don’t know is the big aspirations of current Chinese leader Mr. Jinping, to be the best leader in the Chinese history vis-a-vis his predecessors, for that what he needs is a powerful regime both Politically and Economically, which can only be consolidated when CCP looks powerful worldwide and at home, which Mr. Jinping is trying to do through coercion.
Wuhan spirit- A dead concept?
Now what about the Wuhan spirit which helped India and China to de-escalate the tensions in the Doklam area. India and China have signed several agreements, including the Agreement on the Maintenance of Peace and Tranquillity along the Line of Actual Control in the India-China Border Areas (September 1993), the Agreement on Confidence Building Measures in the Military Field along the Line of Actual Control in the India-China Border Areas (November 1996), and most recently, the Border Defence Cooperation Agreement (2013), none of which appear so far to have helped in the current tensions.
One must question the efficacy of the Wuhan Spirit, that is it really in the Indian interest now, seeing the current Chinese aggression. To answer this, We must also know the fact that Wuhan Spirit, as it is pronounced, was a measure to put-down the pressure during the Doklam crisis, which is very much different from the current situation. We must not get diverged from the fact that the current game of PLA is a long drawn strategy of PRC to capture its lost territory by small and decisive steps be it the Tibetisation of Indian Himalayas or circling India through String of pearls, every action in Chinese book has a hidden meaning and a long-term plan. Wuhan spirit is a hollow agreement by China to show the willingness to work for resolving border issues, which doesn’t reap any results in that direction, so relying on Wuhan spirit is a fallacy today.

The Road Ahead of India
The current situation is somewhat a fait accompli for India if China moves ahead by building more checkposts, then India will have two ways to confront the situation, either face the Chinese face-to-face and escalate the situation, or back-off, same as what Chinese had during the Doklam Crisis. They did back-off, but is it feasible for India.

In Diplomacy, Patience is mostly a virtue, until it is not.

The current situation doesn’t support a backing-off option and a patient approach, India needs to confront the situation with the same force as China, to send a message, at the same time increasing diplomatic pressure through forging relationships with like-minded countries is what is in the best interest of India today.
A Carnegie report highlights, the best way to guarantee “peace and tranquility” on the Sino-Indian border is to focus on military-to-military communication, which would “allow the two sides to immediately clarify any relevant issues at a more senior directive level.” Also building a military deterrence capability to reduce any future possible Chinese provocations on borders is an imperative for India today.
Conclusion
The current situation does not allow China to go on for an all-out war with India, because it will cost them Economically as well as Politically, which they cannot bear. The current geopolitical air is on the Indian side with a strengthening anti-Chinese narrative , so India is in a lead position vis-a-vis China.

The need of the hour is to de-escalate the tensions on LAC and focus on the health and Economic crises prevailing throughout the World. As Henry A. Kissinger once said,

The current Chinese actions fits exactly into these words. Unless the Chinese leadership considers how flawed the time they have chosen for these actions without considering its consequences, they will continue to face a dead-hole situation, from which there is no coming back.

Nitin Sharma
Nitin is a student of masters in political science, having a keen interest in International relations with main emphasis on Indo-Pacific region. His hobbies are reading vividly and penning thoughts on various issues ranging from Geo-politics to everything related to domestic politics. He is also an occasional poet and write his ideas about what he observes from nature through his poetry.
Twitter 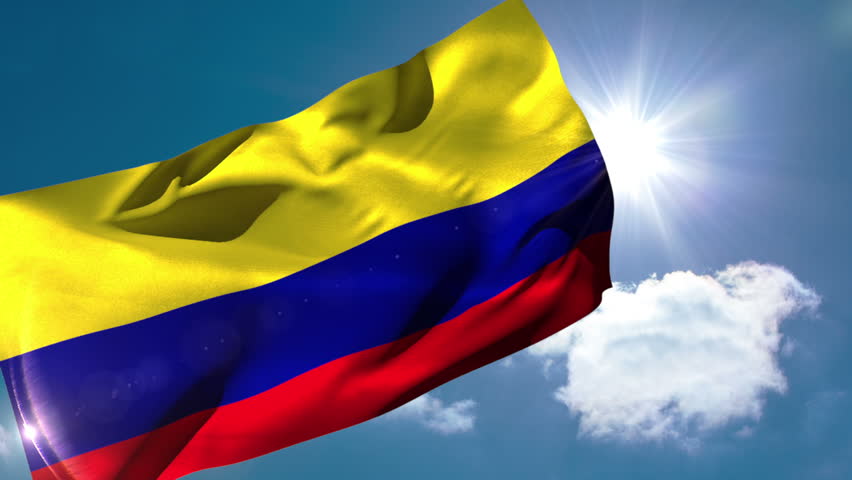