The member countries of the Economic Community of Central African States (ECCAS) adopted in 2007 a strategic integration plan dubbed the Vision (2025), which fundamentally look up to transform the region into a sanctuary of peace, balanced development, solidarity and free movement of goods, people and services. The essential objective pursued by the Community is […]

The member countries of the Economic Community of Central African States (ECCAS) adopted in 2007 a strategic integration plan dubbed the Vision (2025), which fundamentally look up to transform the region into a sanctuary of peace, balanced development, solidarity and free movement of goods, people and services. The essential objective pursued by the Community is to strengthen and promote harmonious cooperation, dynamic, balanced and self-sustaining development.

Strategic vision of the Region

Some studies indicate that ECCAS’ strategy is symmetrical with the Central African Economic and Monetary Community CEMAC’s Regional Economic Program (REP 2009-2015) whose objective is to build a competitive regional environment to attract substantial private investment to growth sectors.

Gonga Koyang Feouda, former Chad National Focal Point to the ECCAS, says that the group has ambitious goals to reach in the next few years. He believes that even though CEMAC is more active and productive than ECCAS, yet, during the first eight years of ECCAS’ inception; the Community adopted a program of trade liberalization that has been implemented the gradual reduction of tariff rates and the removal of non-tariff barriers on intra-regional trade.

“I believe that together we will get there by 2030.” Feouda stressed.

Mahamat Adoum Gock, economist and former officer of CEMAC, doesn’t see any incompatibility between CEMAC and ECCAS, he believes that both community objectives are the promotion of trade, bringing a common market in the region. He argues that CEMAC countries already share a common financial, legal structure, and maintain a common external tariff on imports from non-CEMAC countries, which is good to lead us for a better future by 2025.

Harmonizing the ECCAS and CEMAC

It is clear that ECCAS and CEMAC visions are mutually consistent and complementary. Both seek towards regional integration.

Gock thinks that there are serious integration difficulties within the Central African region, especially when it comes to free movement of people, however, CEMAC encompasses regional integration projects related to macro-economic policy convergence and regional financial sector integration as well. Therefore, CEMAC and ECCAS have integration and expansion relationship.

It is quite obvious that Central Africa region has prepared its socio-economic development strategies in medium and long-term. These strategies reflect the region’s determination to get the wheel of development.

Feouda confirmed that there are many ongoing projects in the region; security and stability, infrastructure, land and air transport, and energy. ECCAS is implementing trade facilitation programs, including the construction of one-stop border posts.

Many reports say that Central Africa gives a home to great economic development potential, vast mineral and metal deposits, oil reserves from the Gulf of Guinea to Chad and Cameroon, massive water resources in the Congo Oubangui-Sangha basin, the Lack Chad basin, and the second largest tropical forest area deemed to be the second lung of the planet. Despite all these, we wonder why the region stills the poorest in the continent, slowest of the sub-regions in terms of economic growth.

Feouda explains the reason behind the region poverty that the French colonization has had a negative impact on the region, and most of the region current leaders are corrupted.

“We are not poor, we’ll be the richest”

Gock took a different view from Feouda, he said that the region seems to be poor because it is rich with natural resources that lead to laziness, and people don’t need to work in order to get their essential food, contrary to the peoples of the desert.

He continued by saying that the region occupies a strategic position in the continent, the only one sharing boundaries with all regions of the continent, the region maintains economic and political ties with other African regional organizations. Angola is a member of SADC, Burundi a member of COMESA and EAC, DRC a member of SADC and COMESA, Burundi and the DRC are members of CEGPL, Chad and CAR and are members of CEN-SAD. Thus, the region ensures the physical continuity of African spatial integration.

“So don’t tell me that Central Africa region is poor, we are not poor, we’ll be the richest region that holds the entire continent” Gock said. 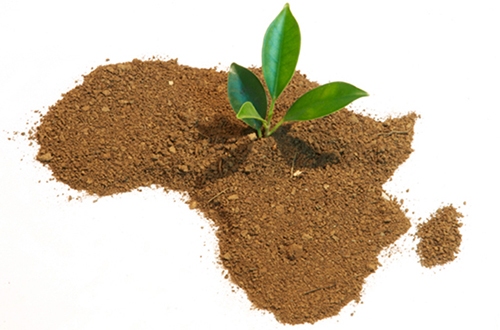