France and Israel, Allies or Ennemies?

With the upcoming elections in France, this Article will permit to understand the complex relation between Israel and France. France has traditionally been an anti-Semite country, from the Dreyfus affairs to the denunciations during WW2. Still, since the end of the Second World War, huge improvements have been made. The new antisemitism athmosphere in France is […] 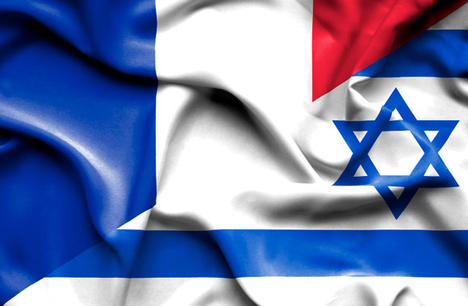 With the upcoming elections in France, this Article will permit to understand the complex relation between Israel and France.

Economically the relationship will remain the same, with a slight decrease of  French Investments in Israel, due to BDS pressure.

Politically, France will support more than ever its traditional Arab Partners, even if they are shifting towards Russia (and Syria) or the US (Saudi Arabia, Lebanon,Egypt). Still, it will be able to retain its soft power and discrete grip over these regimes. Diplomatic cooperation will be deep. Especially after the heavy Qataris and Saudis investments in France. Israel will remain a partner of France, but French leaders would avoid to show support or to be seen with Israeli leaders due to high internal pressure.

Security concerning security and intelligence sharing:  it will greatly depend on terror attacks in Europe. The level of Chaos in Syria and the degree of intervention needed in Africa. Intelligence and security cooperation will be high tough secret and will undoubtedly influence and moderate anti-Israeli stance at the political level.