Despite their mutual hatred, India and Pakistan have reached and settled many agreements these last years. Surprinsingly the presence of two extremists at the head of their respective governments should have bring war , but surprisingly it is actually the contrary that is happening with Modi regularly visiting and talking to his Pakistani CounterPart. However […] 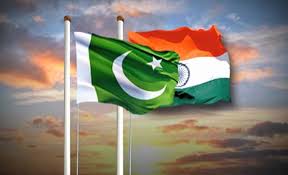 Despite their mutual hatred, India and Pakistan have reached and settled many agreements these last years. Surprinsingly the presence of two extremists at the head of their respective governments should have bring war , but surprisingly it is actually the contrary that is happening with Modi regularly visiting and talking to his Pakistani CounterPart. However this fragile partnership won’t last much. The main reason lie in the eroding influence of these leaders in their countries.

Collaboration is not something commonly seen between India and Pakistan, but that may be changing. On Jan. 2, unidentified assailants attacked India’s Pathankot air force base, prompting New Delhi to point the finger of blame at Pakistan’s Jaish-e-Mohammed militant group. In the wake of the attack, both countries suspended talks between their foreign secretaries slated for Jan. 15. But despite the rising tension, Indian Prime Minister Narendra Modi and Pakistani Prime Minister Nawaz Sharif refrained from using the type of heated rhetoric New Delhi and Islamabad have often turned to over similar attacks in the past. In the weeks following the Pathankot incident, India even granted a Pakistani special investigation team access to the air base, the first time the two have shown that level of cooperation in such circumstances.

Of course, discord still marred India and Pakistan’s interactions. It took several weeks of diplomatic haggling before the Pakistani team was finally able to arrive in India on March 29, and upon completing its investigation, the team reported that New Delhi had failed to fully cooperate. Moreover, India has asked to send its own team to Pakistan, but Islamabad has denied its request. New Delhi has also lodged a complaint with China — Pakistan’s strongest ally — over Beijing’s refusal to designate Jaish-e-Mohammed founder Masood Azhar a terrorist through the U.N. Security Council. (Azhar is currently in protective custody in Pakistan, and New Delhi has accused Islamabad of employing him and his group to launch attacks in India.) So far, though, China has refused to give in to Indian pressure.

A New Reason for Optimism

These incidents, and others like them, capture the fluidity of the two countries’ volatile history. But perhaps no episode better exemplifies the progress and pitfalls of the India-Pakistan relationship than Islamabad’s arrest of Kulbushan Jadhav in March. Jadhav — an Indian naval serviceman according to some, an Indian spy according to others — is accused of coordinating the activities of secessionist rebels in Pakistan’s restive Balochistan province. According to Islamabad, Jadhav entered Pakistan by way of Iran, where he had established a base in the port city of Chabahar a decade earlier. India acknowledged that Jadhav had served in its navy but has denied his involvement with its intelligence agency, the Research and Analysis Wing.

Either way, Jadhav’s arrest is significant for two reasons. First, if Pakistan’s allegations are true, they would appear to corroborate Islamabad’s long-standing suspicions that India seeks to destabilize Balochistan. For years Islamabad has struggled to quash the secessionist movement taking hold in the province, Pakistan’s largest and poorest. Though New Delhi has claimed it does not support the movement, the statements of Baloch separatists suggest otherwise. For example, exiled Baloch separatist Brahamdagh Bugti has refused to refute claims that he received aid from India, while Baloch Council of North America President Wahid Baloch has openly asked New Delhi for financial and military assistance on behalf of the Balochistan liberation movement.

Furthermore, an alleged Indian spy’s intrusion into Pakistan from Iran will only reinforce Islamabad’s notion that Pakistan’s western flank is vulnerable to Indian influence. (India’s interference in Balochistan, if real, would give New Delhi leverage against Pakistan, which has allegedly lent its own support to Islamist militant groups in India.) Because Balochistan’s security is of paramount importance to the proposed $46 billion China-Pakistan Economic Corridor, Pakistan has an incentive to pull Iran and Afghanistan tighter into its orbit. But doing so may be easier said than done, since New Delhi has its own reasons to woo Tehran and Kabul. India’s energy trade with Iran is growing, and the two recently negotiated an agreement enabling India to bypass Pakistan in its energy and trade routes in exchange for developing Iran’s Chabahar Port. Both countries also share an interest in preventing the installation of a pro-Pakistan (and, by extension, anti-India) government in Afghanistan.

But the second and more important point is that Pakistan’s response to Jadhav’s arrest was tempered. Instead of threatening to disengage from peace talks, Pakistani foreign affairs adviser Sartaj Aziz recently confirmed that his country was still interested in resuming the comprehensive bilateral dialogue with India. Although having custody of Jadhav may strengthen Islamabad’s bargaining position — and thus give Pakistan a compelling reason to revive the talks — economics offers a more likely explanation for Aziz’s statement. The ruling Pakistan Muslim League-Nawaz party faces an election in 2018. If Sharif wants his party to avoid the fate of its predecessor, the Pakistan People’s Party, which was voted out of office in 2013 over its poor handling of the economy, he will have to reinvigorate his stalled economic reforms. Warming ties with India could provide the jump-start the Pakistani economy needs by facilitating a more robust trade relationship between the two.

And indeed, ties between India and Pakistan do seem to be thawing in some ways, however gradually. At this week’s Heart of Asia Conference-Istanbul Process, Pakistani Foreign Secretary Aizaz Chaudhry met with his Indian counterpart, Subrahmanyam Jaishankar, to talk about a number of problems afflicting the two countries. Chaudhry, for instance, identified the region of Kashmir, which lies on the border between India and Pakistan, as a core issue for both nations. For his part, Jaishankar prioritized terrorism — a problem that presents something of a paradox for Pakistan, since its attempts to open talks with India often give rise to the very attacks that undermine such a dialogue. (The Pathankot attacks, for example, happened a week after Modi went to Pakistan, marking the first visit by an Indian prime minister to the country in 12 years.) Because terrorist attacks against India are often perpetrated by militants seeking Kashmiri independence, Pakistan would prefer to focus its negotiations with India on finding a resolution to the Kashmir conflict — provided, of course, that the resolution serves Islamabad’s interests. India, meanwhile, has endured many attacks from militant groups based in Pakistan, and it wants to work with Pakistan to address and pre-empt further threats.

This is not to say that India’s and Pakistan’s interests are fully aligning, nor that the tension between them will dissipate. But if domestic challenges and common threats continue to drive the two toward dialogue, a more cooperative relationship could be in the making.