It was the culmination of a high-stakes preoccupation for world leaders. We rank those who gained from the historic pact – and those who will likely be ruing it. Negotiating an international agreement to curb Iran’s nuclear programme in exchange for sanctions relief has been a high-stakes preoccupation for leaders around the world. The Guardian […] 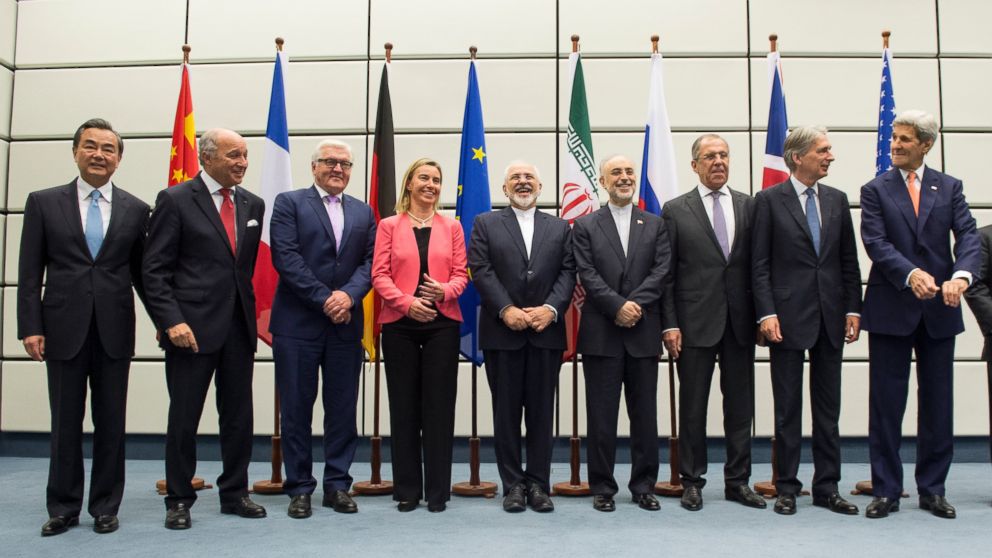 It was the culmination of a high-stakes preoccupation for world leaders. We rank those who gained from the historic pact – and those who will likely be ruing it.

Negotiating an international agreement to curb Iran’s nuclear programme in exchange for sanctions relief has been a high-stakes preoccupation for leaders around the world. The Guardian ranks the main winners and losers in one of the most significant diplomatic deals of modern times.

Iran’s president is by a long way the biggest winner to emerge from the nuclear agreement between his country and six world powers. Rouhani highlighted the way in which Iran’s right to develop peaceful nuclear energy has been recognised, as has its status in the region. Ending Iran’s international isolation is a historic achievement that looks likely to win him a second term in 2017. But he faces resistance from suspicious hardliners who fear that even limited rapprochement with the US and the west will promote demands for domestic change that could undermine a regime dominated by the supreme leader, Ayatollah Ali Khamenei.

The US president’s achievement has to be measured against the position of George Bush, who declared in 2002 that Iran was a member of an “axis of evil” that included Saddam Hussein’s Iraq and North Korea. “This deal demonstrates that American diplomacy can bring about real and meaningful change,” he said. “Let us never negotiate out of fear. But let us never fear to negotiate.” Obama hasvowed to veto opposition in Congress. If all goes well, the agreement will likely be the centrepiece of his foreign policy legacy and vindicate what many considered to be the premature award of a Nobel peace prize.

The Syrian president quickly hailed the agreement as a “major turning point” in the history of Iran, the region and the world, calling it a “great victory”. Assad has received military and financial support from Iran since the uprising against him erupted in 2011. Tehran’s enhanced regional position in the wake of the deal will strengthen its demands for recognition as a key player in the Middle East, including in any negotiations about the future of Syria. Assad’s Syrian and Arab enemies, contemplating a war that has already left 210,000 dead and made millions of people homeless, are horrified by the nuclear deal – for exactly these reasons. Opposition activists branded the agreement#Munich2Vienna.

The Russian president said the world had “breathed a huge sigh of relief” when the deal was finalised. The lifting of sanctions against Iran could make the easing of western sanctions against Russia over its role in the Ukraine crisis more likely. An eventual end to the arms embargo against Iran would also be in the interest of the country’s $15bn arms industry. Moscow has argued that the embargo should be completely lifted so Iran can help fight Isis.

The self-proclaimed caliph of the Islamic State may fear a more coherent international effort against his forces in Iraq and Syria given the new possibilities for cooperation between the US and Iran. Iran has said in the past that the US is not serious about fighting terrorism, and complained that Washington’s close Arab allies – Saudi Arabia, Qatar and other Gulf states – as well as Turkey have promoted jihadi groups. It has already signalled that it may now be prepared to help.

Saudi Arabia’s initial silence about the agreement suggests deep anxiety about a rapprochement between the US and Iran, its greatest rival in the region, and a pivot away from the Gulf. The view in Riyadh, Abu Dhabi and nearby capitals is that Washington is appeasing Tehran and ignoring their own security concerns – despite the Gulf states’ far greater expenditure on defence. Salman strongly dislikes Iran’s role in Iraq, Syria, Bahrain and Yemen, where the Saudis are attacking Houthi rebels they say are backed by Tehran. Sunni-Shia sectarianism is an alarming new element of a long-hostile relationship between Arabs and Persians.

Israel’s prime minister had vowed to stop a nuclear agreement between the US and Iran. Not only did he fail to do that but he caused serious damage to Israel’s prized strategic relationship with Washington. Critics at home say he exaggerated the extent of an Iranian threat, some calling for his resignation. Iran has been notoriously hostile to the Jewish state since the 1979 revolution, and Tehran highlights its support for the Palestinians, including Hamas, and Lebanon’s Hezbollah. Nothing in the Vienna agreement suggests that will change. Israel also fears Iran may be emboldened. Lifting sanctions gives “Iran a jackpot, a cash bonanza of hundreds of billions of dollars, which will enable it to continue to pursue its aggression and terror in the region and in the world”, Netanyahu claimed. The focus on Iran’s nuclear programme has also drawn attention to Israel’s undeclared nuclear arsenal – outside the nuclear non-proliferation treaty.