Italy. Legalization of cannabis: “An idea whose time has come” 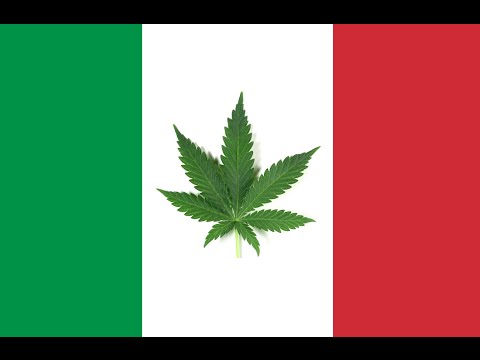 Cannabis-counter? This is what the bill proposes that just arrived in the Italian Parliament and is supported by 218 MPs. If passed, the sale of marijuana will be legal and organized in stores with a license from the state. The adults will be able to hold up to 15 grams home, 5 grams on the outside, and grow up to 5 plants for their own use. However, consumption will remain prohibited in public places as well as for minors. In short, “a revolution in the galaxy of soft drugs,” said La Repubblica.

Parliamentarians who support the project from all sides, but mainly left and center-left “with some small incursions” in the centrist party of Mario Monti (Scelta Civica) and that of Silvio Berlusconi (Forza Italia), reports the Corriere della Sera. The Under Secretary of State for Foreign Affairs, Benedetto della Vedova, originally the project, said he was confident this support should extend.
Refusal, by cons, the New Law Centre and the Northern League. The chairman of the far-right party, the thundering Matteo Salvini, explained in these words: “I would favor the legalization and regulation of prostitution, because, until proven otherwise, sex do no harm. Cannabis, though. ”

For a columnist for La Stampa, the question is not there. Ravi Parliament finally take up the issue, he exclaims, quoting Victor Hugo: “There is nothing more powerful than an idea whose time has come.” The debate is old, does explains -he, but the novelty is that we now have evidence for “beyond ideological considerations. Not to argue that soft drugs do no harm. But because, in a perspective of damage reduction, it is demonstrated that legalization is the most effective strategy to tackle the problem. ”
This is shown by current developments in countries like the United States and Portugal, the newspaper but also the national anti-mafia directorate: observing “an exceptional increase in the consumption of hashish” in Italy, she concluded that the “total failure of law enforcement.”