Mozambique : The beginning of a New Civil War?

Forecast Violence between the government and the opposition Mozambique National Resistance Movement, more commonly known as Renamo, will continue to rise in central Mozambique. The conflict has sent thousands of refugees fleeing into neighboring countries and will threaten the Beira Corridor, a major trade route for Malawi. If strife in Mozambique’s central provinces persists, it […] 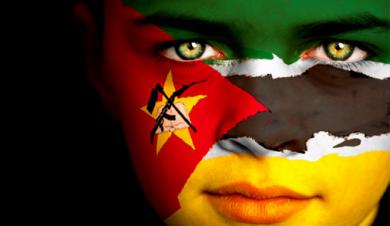 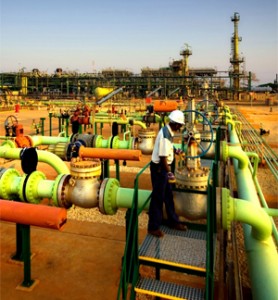 Violence is surging in central Mozambique between the government and the Mozambique National Resistance Movement, better known as Renamo. The fighting has forced thousands to evacuate into neighboring Malawi, which expects to be hosting more than 57,000 Mozambican refugees by October. Renamo has also targeted Malawian truck drivers and coal trains on their way to a mine operated by Brazil’s Vale SA, causing numerous deaths and injuries in addition to property damage.

The flare-up in attacks is part of the on-again, off-again talks between Renamo and the government, in which the militant group is demanding increased federalism. Its push for more power for Mozambique’s provinces follows repeated failures to win elections outside its support base in the country’s central regions. Renamo is also frustrated at being shut out of the federal government while Maputo-appointed provincial heads wield significantly more power than locally elected officials do. Renamo’s leaders have recently threatened to take over Mozambique’s six northern and central provinces, after which they plan to secede. But the group lacks the resources to deliver on its threat.

Economic disparity drives Renamo’s actions. The ruling Mozambique Liberation Front (known by its acronym, Frelimo) has led the country since its 1975 independence from Portugal, and it won the Cold War-era civil war against Renamo. Frelimo historically has focused its efforts on promoting economic growth and development in and around the capital, Maputo, in the country’s extreme south, where much of the party’s support base is concentrated. Geography dictates that the south is also the region best poised to grow economically: Maputo sits alongside Africa’s economic powerhouse, South Africa. By failing to promote the economies of the isolated central and northern provinces, where Renamo operates, the Mozambican government has been able to deny the opposition group resources.

The discovery of coal and natural gas deposits in northern and central Mozambique over the past decade, however, has made Maputo more interested in developing Renamo’s strongholds. This new economic reality will likely increase Renamo’s leverage in talks over the country’s future, since it has the power to hold growth hostage to get concessions from Frelimo. So far, though, concessions have not been forthcoming. Amid rising resentment, Renamo has expanded its target set from Mozambican military convoys to citizens and commercial interests, driving up the cost of refusing to cede it more power.

Insecurity in Mozambique’s central provinces poses a threat to the burgeoning transport corridor that ends at the Mozambican port of Beira, a route conceived to boost regional growth. The corridor has played a key role in the economic development of landlocked Malawi and, to a lesser extent, Zimbabwe, Zambia and Botswana. Malawi’s government has now cautioned transporters to bypass the Beira Corridor in favor of much longer routes. Greater distances will hike up transport costs and reduce supply-line efficiency at a time when the region is already suffering economically from a crushing drought and from the growing burden of housing Mozambican refugees. Zimbabwe has received refugees, too, and according to unconfirmed reports, its troops have suffered casualties in clashes with Renamo.

The Renamo-Frelimo conflict is likely to endure for some time. Economic stress has left Maputo without the money and political capital to drive Renamo to the bargaining table through military action or to entice the group to lay down its arms. Prolonged violence in Mozambique’s central provinces may, in turn, eventually alter regional transport dynamics.

The country best positioned to gain from Mozambique’s woes is Tanzania. One of Africa’s most stable states, Tanzania has recently enjoyed impressive growth and infrastructure development. It could offer an alternative trade corridor for Malawi and other landlocked countries in southern Africa, though its success in doing so is by no means guaranteed. Tanzania’s attention is currently focused on building corridors to connect with Uganda and the broader Great Lakes region. Moreover, Tanzania would have to find financing for a route to Malawi, something Malawi will not be able to help much with given its small economy. The diplomatic dispute between Tanzania and Malawi over the borders of Lake Malawi would probably have to be resolved as well before construction on any new corridor to Beira could begin. Unless these hurdles are overcome, Malawi’s economy will continue to suffer while the conflict drags on in central Mozambique.