Following the Chinese Communist Party’s takeover in 1949, China had transformed from a feudal society to a pro-Soviet socialist republic. The Communist Party had started to reorganize the very structure of society, and sought to rebuild the economic system based on strict Maoist principles. Wealthy land owners were stripped of their land as the […]

Following the Chinese Communist Party’s takeover in 1949, China had transformed from a feudal society to a pro-Soviet socialist republic. The Communist Party had started to reorganize the very structure of society, and sought to rebuild the economic system based on strict Maoist principles.

Wealthy land owners were stripped of their land as the government aimed to curtail private property rights, and bring virtually everything under the control of the state. The Communist Party even proceeded to closing China’s borders and maintained an isolationist policy, while maintaining a system of centrally-planned economics up until the 1970s.

Mao Zedong’s death in 1976 marked a new beginning for the country. His successor, Deng Xiaoping, sought a more pragmatic economic approach while maintaining the core fundamental values of the Communist Party. Shortly after Deng took control, China reopened up to the rest of the world. During this time, China was shifting towards an increasingly market-oriented economic model. Some of Deng’s economic reforms were fashioned after the economic development strategies implemented by the “Tiger” economies of Asia, and this is was evident with the export-oriented methods that China leaned towards.

After the implementation of more free-market policies over the years, China’s economic growth skyrocketed to unprecedented levels. Statistics from The World Bank suggest that Chinese GDP growth has nearly averaged a whopping 10% per year. This growth is faster than any other major economy, and by 2010 China cemented their reputation as the largest exporter in the world.

This rapid economic development has been met with swift social development. A burgeoning middle class has emerged as well as numerous millionaires, dubbed by many as Beijing’s “nouveau-riche”. The country has lifted nearly 800 million people out of poverty, and boasts a middle class roughly the size of the population of the United States.

This rapid economic expansionism has allowed China to play a greater geopolitical role in the region, specifically that of the hegemon, especially in the Asia-Pacific. Large state coffers have allowed Beijing to expand its sphere of influence and cloak Vietnam, Laos, and Cambodia under its ideological blanket. Total Chinese investments in these regions have fallen in the range of tens of billions of dollars. China’s reach, however, is not confined to the Indochina region: Nepal, Bhutan, Bangladesh, and Pakistan are among many other countries wooed by Beijing’s generous investments.

These investments are primarily directed towards development projects, namely infrastructure projects, ports and industrial facilities. China’s economic rise has not gone unnoticed in the global community, and has even become a cause of concern for many nations. Beijing’s wealth has allowed for heavy investment in the military, which has meant increased production of military technology, military expansion, and militarization. Recent developments in the South China Sea have drawn the attention of several Western nations and observers, and as tensions increase, it is difficult to predict what the foreseeable future holds for the region. 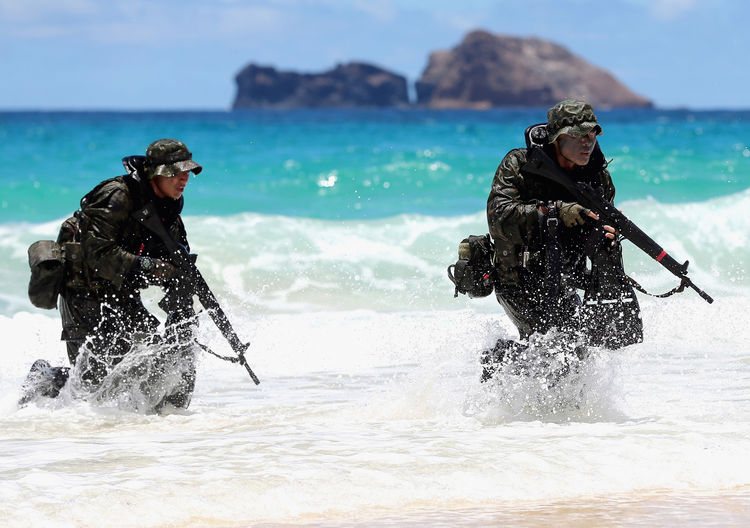