The Rohingya crisis exposes the flaws of the United Nations and the mechanisms driving world politics The state of internal affairs in Myanmar took a downward spiral in late August with violent clashes between Rohingya militants and government forces. This conflict is symbolic because it highlights how the international community and the systems that it […] 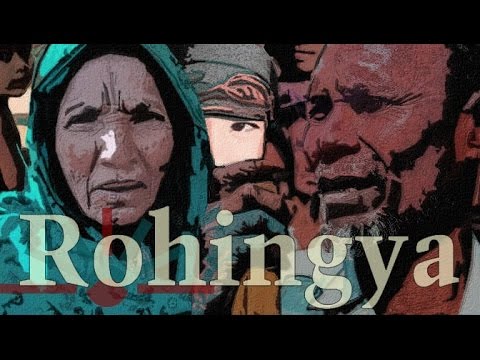 The state of internal affairs in Myanmar took a downward spiral in late August with violent clashes between Rohingya militants and government forces. This conflict is symbolic because it highlights how the international community and the systems that it has built has not effectively solved the conflict which is now a multi faceted one, ranging from alleged commission of war crimes to a refugee crisis. Thus this case study becomes the ideal example to explain how the international community has failed facing and attempting to solve a multitude of challenges

The failure of the United Nations from the very beginning…

The Rohingya, concentrated mainly in the Rakhine state, constitutes to a third of the population there. However, being a group that practices the Sufi inflicted variation of Sunni Islam in a Buddhist majority country means that recognition does not come easy. The 1948 citizenship law in Myanmar was exclusionary, and once the military Junta came into power into 1962, laws were passed limiting the ability for the Rohingya to gain access to full citizenship and rights associated with such privileges.

Later in 2014, the United Nations backed a national census which provided identification to the Muslim minority group- a move considered renewed political commitment by the government. Yet, the Buddhist nationalist movement responded quick to the matter, threatening to boycott the elections. Similarly, in 2015, the nationalist movement lobbied for the removal of the temporary white card Rohingya holders to vote in a constitutional referendum. International efforts to restore the citizenship rights of the Rohingya, led by the United Nations have evidently failed to counter the mass influence of the Buddhist nationalist movement. Whilst the right to a nationality and a right to take part in the government through direct and indirect means are universal in nature, the UN has not been able to ensure that similar rights are administered to the Rohingya. Instead a multilateral giant in the field of international relations, bows the head and bends the knee, to a mere nationalist party originating from a non P5 member country.

The Myanmar government’s proposition that the Rhohingya are illegal Bangladeshi immigrants was present ages before the recent escalation of tensions, despite historical and cultural artefacts marking their presence since the Arakan Kingdom. On the other hand, the fact that the Bangladeshi government does not recognize the Rohingya as citizens they eventually inherit a “stateless” status. Yet with recent clashes, the exodus has intensified with refuges flowing into several hotspots, which, according to the council on foreign relations, are:

c)Indonesia and Thailand: to a lesser degree than Bangladesh and Malaysia

The international community has a responsibility of intervening to help the nations that house these refugees to build capacity in order to accommodate the needs of the refugees. Yet, it stays silent when the conditions in refugee camps deteriorate progressively. It does not flex its muscles when Bangladesh turns down refugees from its border posts back into the chaos that they attempted to escape from for the hope of a better life, if not for them, but for their children. Such a violation of customary international law or jus cogen, being the principle of non-refoulement goes unnoticed- is it either because of a lack of awareness, or because the international community refuses to bat an eye?

Does the UN have the resources to manage the sudden influx of Rohingyan refugees?

“No, we don’t, not at this point. The numbers are immense and they just keep growing.”, says Vivian Tan, a spokesperson for the UNHCR.

I’ll just let that quote do the talking.

The inertia of geo politics

The organization of Islamic states in its January 19th meeting criticized Myanmar of its harsh reactions to the Rohingya populous. Yet Myanmar’s stance did not alter; at the end of the day there’s only so much that words can do.  Instead they acknowledged the chances that the Rohingya can be infiltrated by the ISIL. Why would they arrive at such a decision you, may wonder. This is because of the fear of being tagged as a state sponsor of terrorism, in the event of supporting non state actors, which makes taking a neutral stance the best of course of action that would eliminate any negative repercussions that may otherwise occur by supporting non state actors: case in point being how easily the Gulf Cooperation Council turned on Bahrain. The precedent set with the OIC assuming such a stance is disastrous. Although they claim to be the collective voice of the Muslim world, their decision to abandon the Rohingya people, means that the Rohingyas lose out on a potential representative to voice out their opinions and an ally, making them more exposed to further violence from the Myanmar government.

Ironic, coming from the defacto leader of a government accused of systematic ethnic cleansing, which amounts to crimes against humanity, according to the Rome Statute. Suu Kyi, rewarded as a champion of human rights by the international community itself, is now leading the very cause of mass human rights violations in Myanmar. The current secretary general of the United Nations, Antonio Guterres urged Suu Kyi and her government to cease all violence in the fear that it would destabilize the region. The government promptly replied by blaming the militants in Rakhine for misinforming the international community.

Some may say a solution to the conflict is near, but reality is that a solution seems far-fetched. The ARSA, also known as the Rohingyan militants, have offered a ceasefire to allow the flow of humanitarian aid till the 9th of October. Unfortunately, the government does not negotiate with terrorists. Silence by the international community to the government’s response shows the inability of the international community to enforce a solution. This is because in the bigger scheme of things, supporting or refuting an action affects political alliances, which in turn affects the security of the state and its people; not responding, or in other words, remaining impartial yields a better outcome to a nation making a business as usual stance the most attractive option a country has.

Should we reform the United Nations?

In conclusion, it is becoming increasingly evident that the international community and the mechanisms it has erected are clearly failing. A lack of capacity to address global issues, a lack of control against members of the international community and a lack of enforcement of action against violators of existing international norms and other checking mechanisms due to deadlock caused by foreign policies and political alliances make the existing system weak and flawed.  Change is needed, and it is needed soon.

It maybe reform of the United Nations. It may be scrapping it altogether and replacing it with a better system. Whatever it may be, a fix is needed. And it’s needed soon.

About the Author :  Isuru Abeysekara is a 19 year old who just graduated from high school in Sri Lanka. He is involved in MUN, debating and several community service projects in his locality. His interests to name a few include economics, animal welfare and international peace and security. 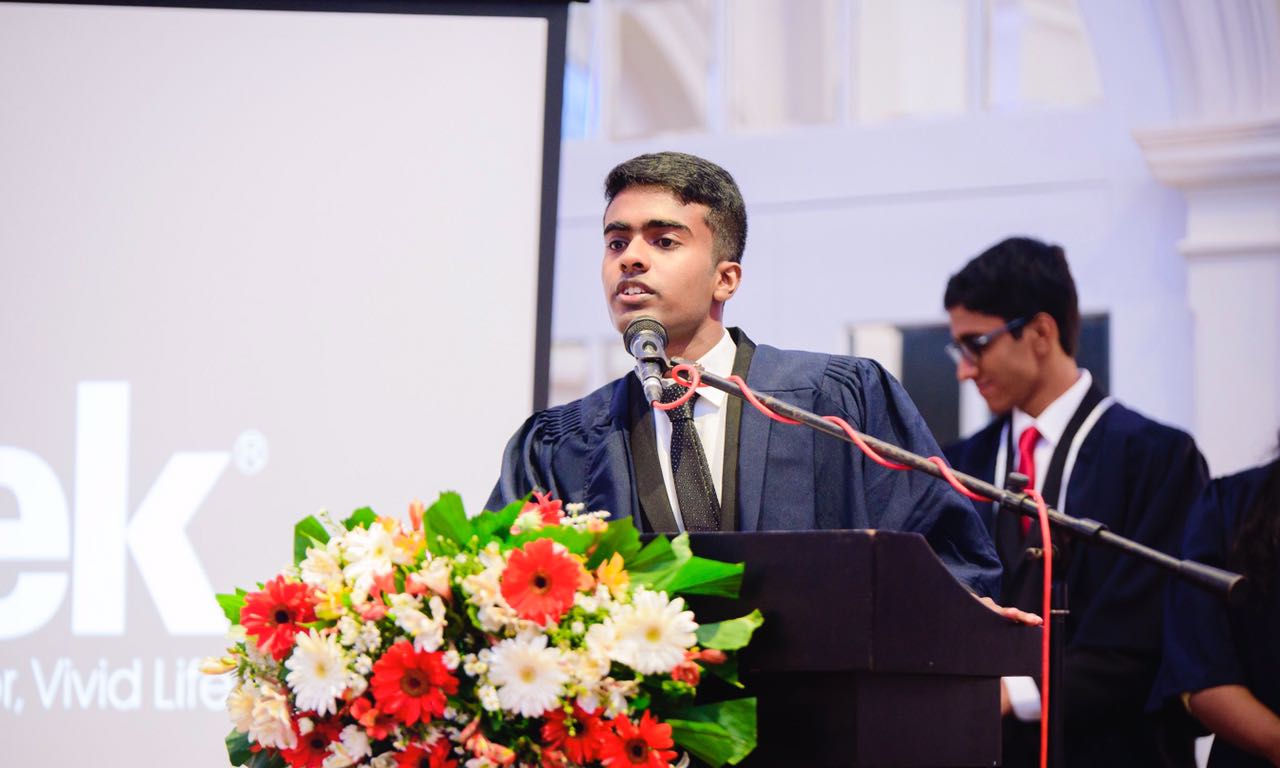 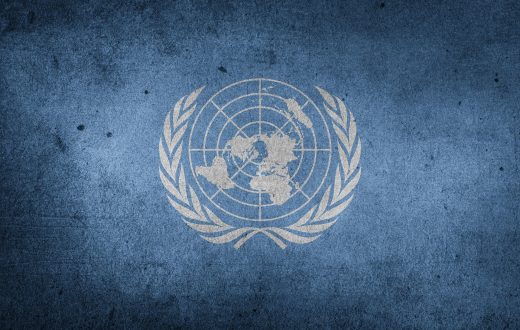 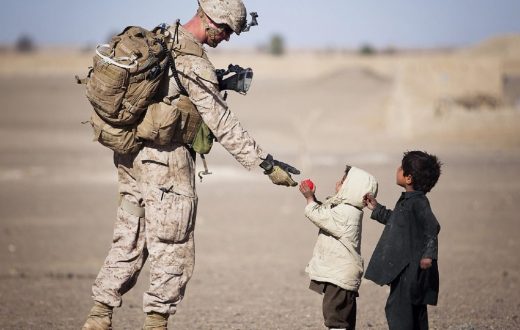 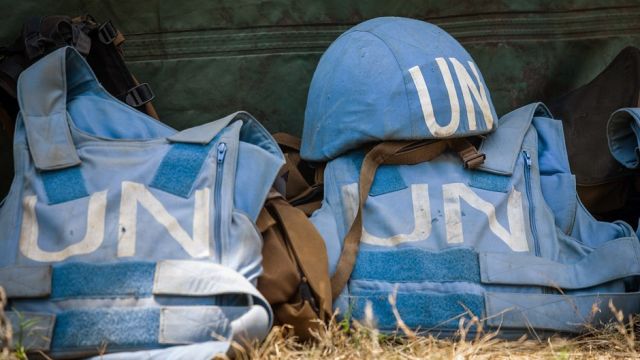 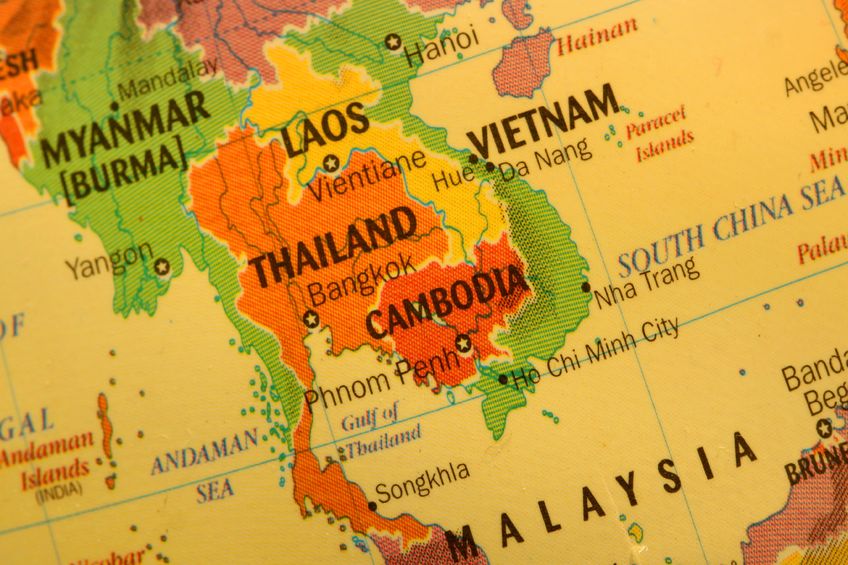