Suffering Which United the Pashtuns Pakistan is now-a-days facing the Pashtun uprising in the shape of Pashtun Tahfuz (protection) Movement. The movement has become the driving force of politics among Pashtuns, which is the second largest ethnic group after Punjabis in Pakistan. Pashtun protection movement started in February, 2018, when a sit-in was staged in […] 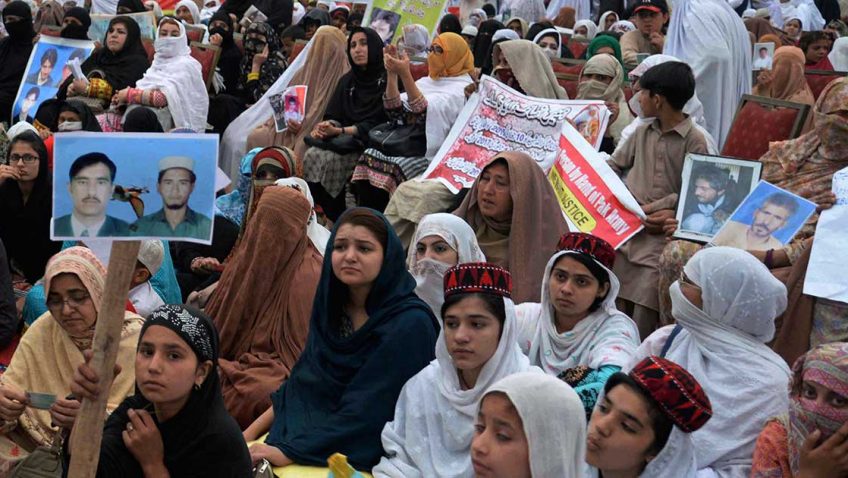 Pakistan is now-a-days facing the Pashtun uprising in the shape of Pashtun Tahfuz (protection) Movement. The movement has become the driving force of politics among Pashtuns, which is the second largest ethnic group after Punjabis in Pakistan. Pashtun protection movement started in February, 2018, when a sit-in was staged in Islamabad (capital city of Pakistan) after the extra-judicial killing of a young lad, Naqeebiullah Mehsood in Karachi at the hands of state authorities, SP Rao Anwar. Naqeebullah was presented as terrorist but after the investigation it came out that he was a young Pashtun aspiring to become a fashion model. The extra-judicial killing of Masood was the reflection of thousands of untold stories of Pashtun who migrated from the tribal areas in search of life and livelihood.
Pashtun protection movement emerged from war-torn tribal areas. The movement is led by a young leader Manzoor Ahmed Pashteen. The movement demanded the investigation of extra-judicial killing of Naqeebullah, truth and reconciliation commission for the missing persons, elimination of land mines in tribal areas and the removal of military check-posts which have become dehumanization sights for the innocent people. Pashtun Protection Movement got pace with the passage of time. Large number of Pashtuns joined the movement and demanded the accountability of the permanent state. Pashtuns are demanding an end to the security-oriented policies of the state because Pashtuns have suffered the most as a result of these policies.
What unite the Pashtun despite the political schism, was the suffering and pain, they have tolerated at the hands of security state. The people who are supporting the movement have a unifying identity in the shape of suffering, oppression and discrimination at the behest of a security state. The people want an end to their decades-long pain and pangs. They want life, liberty and peace at their homes. These areas remained battle ground for two wars consecutively. First the region was used for the manufacturing of Jihadi outfits for the war against soviets in Afghanistan. Then, came war on terror drama in which military launched multiple operations in the same area to eliminate the erstwhile created militants. Both wars resulted in suffering of the people.

The suffering of the Pashtuns were two fold, first at the hand of Taliban, and second, at the hand of security agencies of the Pakistan. Taliban targeted the people of Waziristan, killed them, tortured them, destroyed their homes and properties and forced them to leave their centuries old adobe and converted them into internally displaced people. After the Pakistan army launched multiple operations in the region to purge the menace of terrorism and eliminate the terrorists’ networks, they securitized the whole region. According to Mohsin dawar (one of the leaders of the movement) , “The PTM has emerged as a reaction to the death and destruction unleashed upon the roughly 50 million Pashtuns in Afghanistan and Pakistan for years, and it has remained non-violent despite facing violence from the state”.

The people of FATA became target of that very securitization. Large number of military check-posts were installed in the tribal regions. People were subjected to humiliating and dehumanizing treatment. They were checked at each and every check post in their way to home and often insulted by the army personnel. People were forced to stand in large queues for hours. Under the FCR (frontier crimes regulation) collective punishment was imposed on the whole tribe in the aftermath of any incident. The area was cordoned off and no one was allowed to cross it, if anyone unknowingly crossed the line, he was shot-dead. Land mines were cultivated in the whole region, which have claimed countless lives of children, young and old. Tribal leaders which have respect in the hearts of the people, were insulted in front of their people.

The residents of Waziristan were required to carry a special card of identification known as Watan Card. If anyone dared to argue with security personnel, he had been beaten and put behind the bars. Those educated youth who were critical of the atrocities and accesses of the security agencies were disappeared and most of them extra-judicially murdered. These are the stories narrated by the affected people of the region.
First it were Taliban and then it was the Pakistan army who subjugated the tribal people to worst kind of dehumanizing treatment. Why the proud and valiant Pashtuns who are stereotyped as independence loving people didn’t rise against their own slave-kind of treatment? The answer is those who raised their voice were made silent forever. According to Pashteen, “local resistance to the Taliban and the excesses of the military failed in the past because their proponents were swiftly killed, which terrified others into submission”. Those tribal leaders who dared to resist were assassinated in the garb of terrorism. Fear ruled the region. Such were the circumstances of the tribal areas generally and Waziristan particularly.

People were frustrated and brimming with indignation because of the continuous insult and dishonor they were made to digest each and every day. They needed someone to get them rid out of this Hobbesian state of nature. They were in search of a Messiah (Liberator). They found their salvation in the form of Manzoor Pashteen, who himself had experienced all those demeaning demeanors for two decades. He had seen the falling down breathless bodies of his Pashtun brethren on the ground because of the bullets showered from the sky, and dusting of mud-made homes to the ground as result of the dropping of bombs by hovering thunder jets of Pakistan. He had seen the imputed bodies of playing children blown up by the land mines. He stood and raised voice against the cruelty and brutality of the state security agencies.

The rise of PTM is the result of the state’s policies towards the Pashtun. This revolt of Pashtuns is stimulated by the draconian and authoritarian polices of the state towards the Pashtuns. Pashtuns were at the fore-front of whole jihadi project of 1979 and now of war against terrorism. Pashtuns have suffered more than any other ethnic group in the state in this war on terror. More than 50,000 Pashtuns have been made victims of the war. According to Pashteen, “the main problem of Pashtun is the war imposed upon them in the name of war against terrorism. Pakistan’s security agencies are clandestinely promoting war on the soil of Pashtuns. We are tired of war”. The general feeling among the Pashtun youth is that Pashtun ethnic group is the target of state’s systemic oppression.
PTM is joined by the people who have recognized themselves as a group of suffering people both at the hand of security project of the state and the war on terror. State is required to reduce their sense of suffering by accepting their demands and easing their difficulties by removing their reservations. If the state continue to suppress the PTM through the use of oppressive means, it will further strengthened the sense of suffering of the people. Which in turn will give more power to the movement and it will attract more and more people. Dealing political problems through military means will further aggravate the crisis. The creation of Bengladesh was by the virtue of use of force on the behalf of west-Pakistani rulers rather than through table talks. 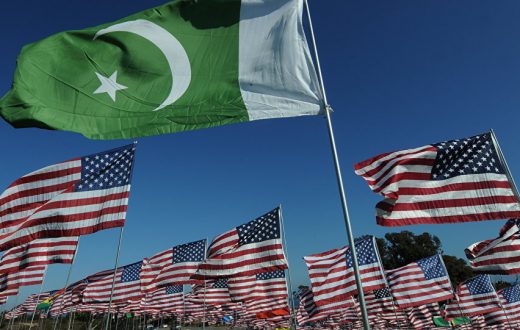