The Coronavirus Vaccine, A Japan Strategy

When Japan decided to donate Covid-19 vaccines to Taiwan to counter pandemic crisis, US also manifested gesture of ties to approach suffering people of Taiwan, the words got spread around world and states frequently judged, vaccine donation is Japan’s diplomatic strategy to threat China. What a calamity appears to be unfolding an intense and no […] 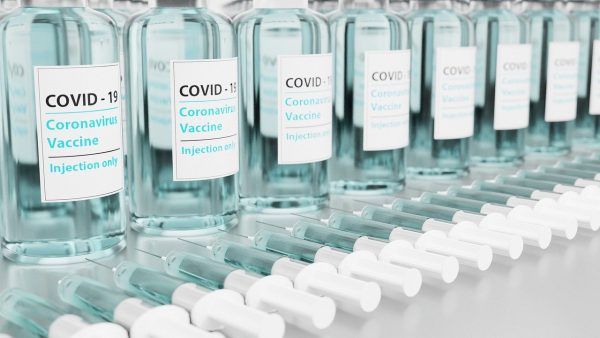 When Japan decided to donate Covid-19 vaccines to Taiwan to counter pandemic crisis, US also manifested gesture of ties to approach suffering people of Taiwan, the words got spread around world and states frequently judged, vaccine donation is Japan’s diplomatic strategy to threat China.
What a calamity appears to be unfolding an intense and no often than even a huge number of analysts imagined. Very recently, ministry statements of China have been interviewed, who call Japan’s donation “extremely irresponsible” and annoying to national unity and territorial integrity.
How China considers expanding ties of Tsai’s government with strategic democracies is rival behavior of Japan and US. It ought, at least, to be a concern for Taiwan; China’s own territory, to calm situation, but to choose the tie with China rather than Japan.
Who discloses the consequences are likely to be, when Tsai’s government of Taiwan accepts donation for Covid-19 vaccines from Japan and America, showing gesture of gratitude? China has long been a skeptic of the Japan interest in Taiwan, and China has stuck to that position even as the number of expenditures dedicated to Taiwan have notoriously contracted.

On 12th of March, the leaders of the Quadrilateral Security Dialogue, or the Quad, very recent refreshed dynamic forum among Australia, India, Japan and the United States, counted their new befall to jointly dispense vaccines in the Pacific region. Area concerned issue that is of immediate significance to partners but has so far been completely influenced by rival. On the other side, the emerging China donated and/or sold billions of doses to periphery and low-income nations are located around, moreover the United States lent only a few million “loans” to Canada and Mexico, while Japan even lost the number of exporting vaccines. No frequent support on the Australian part was visible before the words on Quad’s proclamation. India was the only country to supply more than 66 million doses to needy states around the world – prior to demising second wave vanquished New Delhi to recruit attention on its endeavor at home.
The Japanese government wounded itself in the face of rising tensions in the Taiwan Strait. Recently, Japan facilitated Taiwan with 1.24million doses of AstraZeneca’s covid-19 jab, later, Taiwan’s President Tsai Ing-wen charged China with blocking access to the vaccine, during the outbreak of the worst corona virus since the fall of pandemic. With China’s increasing in weight economic and military powers and its perused stressing tough timing to Japanese sovereignty over the Senkaku Islands, known to the Chinese as the Diaoyutai Islands, altered dilemma of policies of Tokyo administration. Daniel Sneider, lecturer in East Asian Studies at Stanford University, said “The Japanese conservatives have really seized upon the Taiwan issue as a way of drawing lines with the Chinese”. However, in this comprehensive circumstance that Japan, at the glance on history, ruled as a colony over Taiwan, jumped on the island’s aid as it infiltrated to secure the supply of the coronavirus vaccine. Further Sneider put it, “It’s about demonstrating that Japan has an interest in the continued de facto independence and security of Taiwan. It’s that simple.”
Tsai, received worldwide acclaim for her response to the pandemic since its inception, is engaging public outrage after frequent inclination in the COVID-19 infection, began month before. Further, the number of infections 11,968 and deaths 333 recruited on the list, a good number of all reported in the past month. The number of Taiwan’s vaccinated population is very less, 3%, there is growing anger over the shortage of COVID-19 vaccines. Tsai’s government considered China responsible for all causalities and crisis, did not allow Taiwan accessors to reach the cross Covid-19 vaccines.
Orderly, vaccine was needed to Taiwan and governance could not afford to import Covid-19 vaccine from People’s Republic of China and Tsai’s government chose Japan. Tsai’s government showed prosperous triumph, considering Japanese donation. Even though, people of Taiwan showed gesture of gratitude, took selfies travelling to Japan – captured pre-pandemic – and uploaded on social media.

Taiwan tolerates a stake in COVID-19 cases, Japan have stepped foot ahead and dispensed vaccines against the infection to the island. Nevertheless, this is typical of Japan’s vaccine diplomacy: clear, strategic, more comprehensive and global. When the current episode of pandemic came into existence, Japan has been coming up with logistical support to Taiwan countering Chinese rivalry. Japan’s move to donate Taiwan has annoyed China who considers Taiwan it’s belong territory.
Although, the support for Taiwan expresses that these measures demonstrate Tokyo’s – Washington, a considered too – commitment to curb Chinese political maneuvers aimed at Taiwan to scatter discord in society. Beijing affirms full sovereignty over Taiwan, a governance of almost 24 million people inhabited of the southeastern coast of mainland China. Meanwhile both parties, in fact have been governed separately for more than seven decades.
Taiwan’s expanding strategic ties with democracies, including United States of America indicate increase in China’s aggression, which has been often opposed by Beijing. China has threatened that “Taiwan’s independence” means war. A delegation took train from US to Taiwan, announcing the donation of 750,000 Covid-19 vaccine doses. The trip separately harms US-China ties and also measured behavior with Taiwan, counting it “extremely irresponsible”
Wu Qian, Chinese ministry spokesman said in a statement. “If anyone dares to separate Taiwan from mainland China, the People’s Liberation Army will hit back and be determined to protect national unity and territorial integrity at all costs,”