The Modern History of Biological Warfare

Poisons have been a weapon of choice for many since the dawn of mankind. Their subtleness and deadliness provided the perfect mix of stealth and lethality that has market virtually every society’s way of warfare. From the early Middle Ages to the dawn of the Industrial Revolution and the end of the 19th Century, agents […] 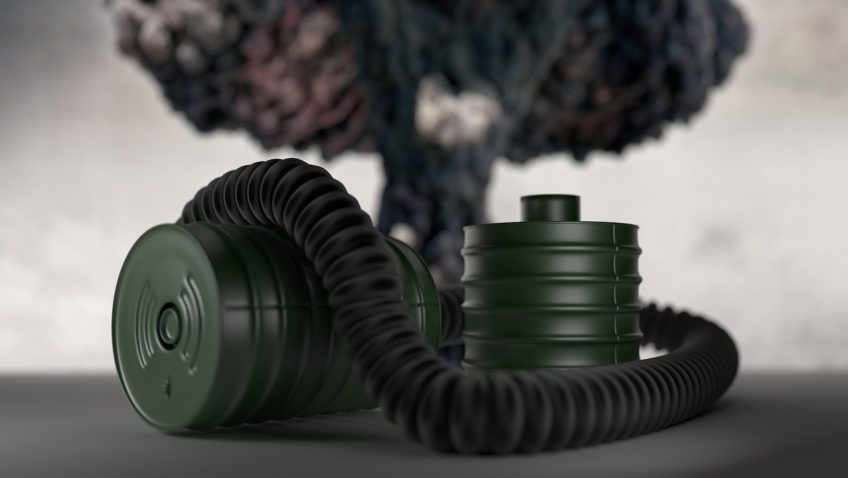 Poisons have been a weapon of choice for many since the dawn of mankind. Their subtleness and deadliness provided the perfect mix of stealth and lethality that has market virtually every society’s way of warfare. From the early Middle Ages to the dawn of the Industrial Revolution and the end of the 19th Century, agents like bacteria and viruses were well-known to strategists and widely used by commanders all around the world.

It is only after Louis Pasteur and Robert Koch’s foundation of microbiology that the true power of biological weapons was unleashed. From that point forward, agents have been chosen and designed in rational ways, amplifying enormously the weapons’ potential. The general scare that the prospect caused at the time was embedded in the two international declarations that first banned poisonous weapons: Brussels 1974 and The Hague 1899.

What are Biological Weapons?

Biological weapons, or germ weapons, are disease-producing agents with the potential of being weaponized against humans, animals or plants. The agents are divided into five categories: bacteria, viruses, rickettsiae, fungi and toxins. The majority of them is delivered through aerosols, and suitability for weaponization varies greatly, deriving from a number of factors like lethality, contagiousness, hardiness and stability.

Biological weapons are, along with nuclear, chemical and radio-logical weapons, commonly referred to as ‘weapons of mass destruction’. Unlike some of their counterparts however, biological weapons are not capable of causing damage to infrastructure, buildings, or equipment. Nevertheless, they do store enough power to lead to mass deaths, especially through a pandemic.

WWI was the first great theater where generals and engineers from either side tested the newest warfare technology in large-scale battles. Within this innovation frenzy, little space was left for biological weapons to make a real appearance and their presence was only due to a German clandestine program targeting allied cattle and soldiers on both fronts. The attempt gave poor results, but the horrors of the conflict were enough for the international community to unify behind the signing of the 1925 Geneva Protocol banning the use of both biological and chemical weapons.

During the interwar period Japan was the first state to develop a national bioweapon program at the Tokyo Army Medical School, led by radical nationalist Shiro Ishii. The Japanese experimented with agents such as anthrax, typhus, smallpox, yellow fever, etc. The program is expected to have killed hundreds of thousands of people, many even after the end of the conflict itself. Their discoveries were put to the test, and then employed, between 1937 and 1945 during the Second Sino-Japanese War and WWII against Chinese civilians and allied soldiers in the Pacific theater.

In the US the first private biological weapons research center was established only in 1940 amidst concerns about Japan’s advancements in the field by the Nobel-Prize-winning discoverer of insulin Sir Frederick Banting. Just one years later the US government launched a massive national biological warfare program, which by 1945 employed more than 5,000 people. Many of the Japanese scientists conducting human experiments on Chinese nationals during the war contributed to the US program in exchange for freedom in the aftermath of the conflict.

In the post-war period, the US government started conducting open-air tests exposing animals, volunteers, and unaware civilians to pathogenic, and non-pathogenic microbes. Bacteria released from naval vessels off the coasts of Virginia and San Francisco infected millions in the 1940s, while the 1966 contamination of the New York subway system with Bacillus globigii simulated the potential spread of anthrax in a big city.

Pushed by the fear that enemies like the Viet Cong might put their hands on such weapons, President Nixon signed the 1972 Biological and Toxin Weapons Convention (BTWC), which prohibited even research on biological weapons. A lack of implementation of the treaty’s parameters still allowed the USSR to establish their own bio-warfare project: Biopreparat.

This program was able to run for thirty years and employ thousands of people before it was detected and caused the BTWC to be scrapped in 2002. Under its guidance, Soviet scientists engineered multi-drug resistant bacteria and worked with hemorrhagic fever viruses, some of the deadliest pathogens ever encountered. Additionally, they experimented with new deliverance methods by using intercontinental ballistic missiles. Despite the mystery surrounding the events inside the Iron Curtain and a general lack of information though, we can still determine the likeliness of incidents happening in the USSR too. From the 1971 smallpox outbreak in Kazakh Aralsk, to strange plague and glanders deaths in the Aral Sea area, and the 1979 anthrax outbreak in Sverdlovsk, swiftly covered up by the secret police. Both superpowers had their fair share of responsibility when it comes to the development and diffusion of biological weapons.

Current State Use of Biological Weapons

After the collapse of the Soviet Union in 1991 and Boris Yeltsin admission to the BTWC’s violations, Biopreparat’s research was officially eliminated. To this day, however, we still do not know how much of the project’s materials and expertise has ended up in Russian hands, and what was instead obtained by individuals and organizations. The US Threat Reduction Program worked with the 15 former Soviet republics to contain the spread of bio-warfare capabilities and put both the material and human capital previously employed to use in other areas.

Moreover, according to US intelligence, at least a dozen states from the 190 UN members are strongly suspected of having covert bioweapons programs. Amongst them are South Africa, Iraq and Israel.

Proliferation has been mainly the result of three factors: the BTWC’s weak controls, the low level of capital required, and the small amount of human capital needed. Public availability of academic research concerning bio-weapons has only compounded the problem.

The ease with which bioweapons can be developed or obtained has led to their diffusion with individuals and terrorist organizations. Religious sects have made use of Salmonella (in the US) or, most famously, Sarin gas (in Japan) to bend the public’s will to their political demands. In the latter event the Japanese religious sect Aum Shinrikyo managed to kill 12 train passengers and injure 5,000 in the 1995 Tokyo subway attack.

In the US, a right-wing laboratory technician was the first individual to attempt to obtain bioweapons illegally. In 2001 then an anthrax attack left 5 people dead and spread panic among the country. Americans have also themselves allegedly employed biological warfare to reach their political goals at the international level on multiple occasions. Allegations of US biological terrorism have come since the Korean War from the Soviets, the Chinese and North Koreans, while there are suspicions of bioweapons use for attempted assassinations against Cuba’s Fidel Castro and the DRC’s Frederik Lumumba.

Al Qaeda also showed an interest in the acquisitions of biological weapons before the American invasion of Afghanistan and their defeat at the hands of US and Afghan Northern Alliance forces in 2001-2002.