President Trump’s announcement that the United States will withdraw its forces from Syria comes at a critical moment for the region, as the different actors involved in the war prepare for the post-conflict political order in Syria and as the U.S.-led campaign attempts to eliminate the last pockets of ISIS resistance. The presence of approximately […] 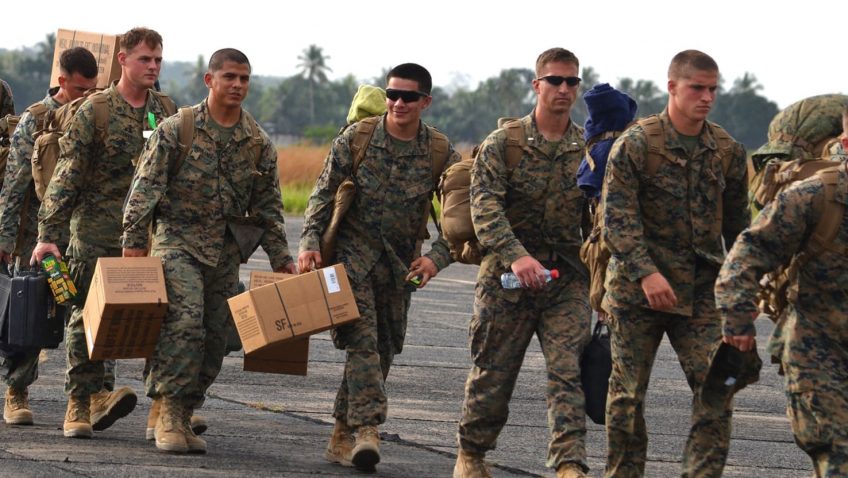 President Trump’s announcement that the United States will withdraw its forces from Syria comes at a critical moment for the region, as the different actors involved in the war prepare for the post-conflict political order in Syria and as the U.S.-led campaign attempts to eliminate the last pockets of ISIS resistance.

The presence of approximately 2,000 U.S. troops might seem low, but there is an important broader picture. There is symbolic significance to maintaining troops in Syria, for one. Moreover, America’s presence is almost always amplified by the sizeable, unrivaled, and uncontested military infrastructure it enjoys in the region. Regime-aligned forces learned this the hard way back in February and U.S. enemies know that America’s military prowess in Syria can quickly extend beyond the troops it has on the ground—that prospect now appears to be gone.

A U.S. withdrawal from Syria could allow ISIS’s resurgence in both Syria and Iraq, create a vacuum that will most likely be filled by the Assad regime and Iran, and abandon Kurdish (and Arab) allies on the ground.

The United States has been here before. In its previous incarnation, al-Qaida in Iraq, ISIS had its back to the wall after the United States worked more closely with local Arab Sunni Iraqi forces known as the “Awakening Movement” to push back against the jihadis and liberate northern Iraq. But then U.S. troops withdrew in 2011 under the orders of President Obama. In the space of just three years, the jihadis re-emerged by taking control of swaths of territory across Syria and Iraq, capitalizing on the Syrian civil-war, sectarian tensions in Iraq, and the collapse of the Iraqi military by establishing and declaring its proto-state in June 2014.

As Obama’s withdrawal from Iraq in 2011 also showed, Iran has a proven and effective capacity to fill the voids left by the United States to entrench and embolden its proxies, which directly weakens America’s interests and allies in the region. In Iraq, it resulted in the suppression of Arab Sunnis, the creation of parallel state institutions, and the ascendancy of sectarian Shiite militia groups backed by Iran, which collectively created the grievances and conditions that enabled ISIS in 2014.

What the withdrawal means for ISIS

ISIS may have lost its “caliphate” and is on the decline, but it is far from defeated. Rather, it continues to present a menacing threat to both Syria and Iraq. In both countries, the jihadi organization has proven a formidable and resilient force, maintaining pockets of resistance against local forces as it attempts to re-establish itself, as well as initiating a campaign of assassinations, predation, and extortion against local communities.

In other words, Trump is making the same mistakes President Obama made. Trump’s withdrawal from Syria will allow ISIS to revitalize itself in the coming months and years, as well as reinvent itself and retake control of territory in conflict environments that could help the group ascend for many years to come. ISIS and other extremists will enjoy a freer hand in mobilizing susceptible Syrians who have wide-ranging grievances, and although Trump may believe Russia will take on the task of confronting ISIS and its ilk, Moscow’s record during the conflict suggests otherwise.

What the withdrawal means for Iran

Beyond the ISIS concern, a U.S. withdrawal will inevitably leave a broader void that America’s enemies will fill. The tens of thousands of Iranian proxies in Syria—or a combination of those proxies and forces aligned with the Syrian regime—will be empowered following Trump’s decision.

In Syria, Iran will have an unrivalled capacity to shape the political landscape as a result of Trump’s withdrawal, emboldened to further influence Syria’s politics, economy, and security sector, as well as the reconstruction resources that the international community may at some point inject into the country. Withdrawing will help Iran strategically, giving it more space to pursue its long-sought land bridge linking Tehran to Beirut and the Mediterranean, for instance. Overall, the U.S. pull-out will have reverberations throughout the region, tilting the regional balance of power further in Iran’s favor.

All this comes at a moment when U.S. sanctions—as well as Israeli incursions into Syria—have put Tehran under substantial pressure in recent months. By maintaining its troops in the east, the United States constrained Iran and offered some Syrians a reprieve from the fighting.

What the withdrawal means for U.S allies in Syria

Finally, the U.S. withdrawal is a betrayal of U.S. allies, those groups on the ground that have done the fighting and bleeding. This includes the Kurdish and Arab components of the Syrian Democratic Forces. Backing the Kurds—who often share Western values and long for partnership with the U.S. in the face of repression by regional actors—has historically been seen as a moral imperative.

Problematically, of course, the People’s Protection Units (YPG) are affiliated with the Kurdistan Workers’ Party (PKK), which Turkey and the United States consider a terrorist organization. The U.S.-YPG cooperation in Syria has thus produced a thorny conundrum vis-à-vis America’s NATO ally Turkey. But both Washington and Ankara are to blame for failing to devise a sustainable, viable strategy that made the YPG a more acceptable actor, by way of empowering its rivals and making U.S. support for the group conditional on its willingness to share power with other actors that Turkey has found to be more acceptable.

The United States has underperformed in developing and harnessing its partnerships with non-state actors in the Middle East, including Kurdish and Arab groups in Syria and Iraq. Unlike its rivals in the region, Washington does not sufficiently value the long-term importance of these groups in its attempts to influence the political landscape. Moving forward, the United States may find less than willing partners—including beyond the Levant, in places like Libya and Afghanistan.

Moving forward, the YPG will most likely enter into negotiations with the Syrian regime to forestall a full-scale Turkish incursion and maintain some degree of autonomy. One way or another, the YPG will continue to be a fixture in Syria’s political and governing structures. U.S. influence, meanwhile, will be diminished or non-existent.

Where this leaves us

In short, the U.S. withdrawal from Syria means that: ISIS may re-group and re-emerge, Iran will gain an even stronger foothold in the country, and Kurdish allies will likely be forced to strike a deal with the Assad regime. That leaves the Assad regime and its predominant on-the-ground partner, Iran, as the likely winners to emerge from this debacle.

This article can be found on the website Brookings here is the link https://www.brookings.edu/blog/order-from-chaos/2018/12/21/what-the-u-s-withdrawal-from-syria-means-for-isis-iran-and-kurdish-allies/ 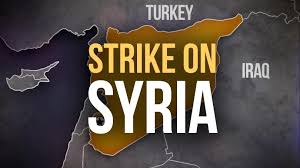