The World vs #BLM: The Real Sourse of Global Intolerance

#BLM Backstory Recently the news were filled up with reports about protests all over the United States, following a gruesome murder of George Floyd, an afro-american US citizen that was basically strangled to death by a police officer during an arrest in Minneapolis, Minnesota, on May 25, 2020. This incident, being shot on camera, essentially […] 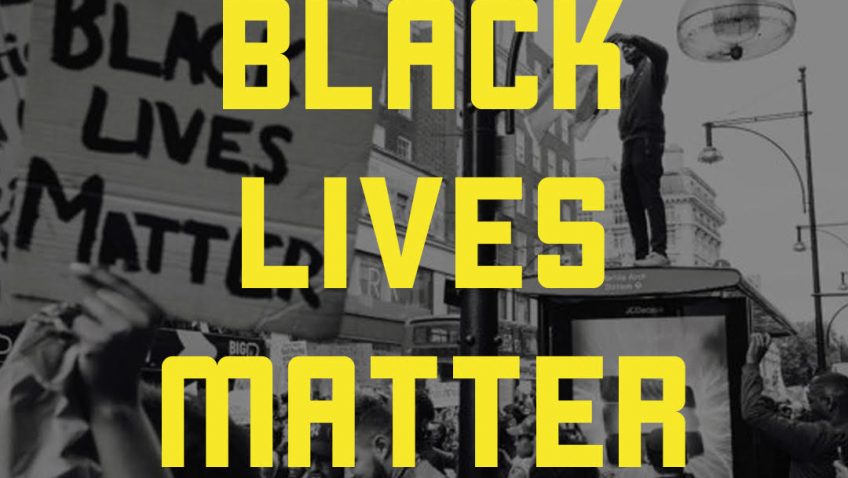 #BLM Backstory
Recently the news were filled up with reports about protests all over the United States, following a gruesome murder of George Floyd, an afro-american US citizen that was basically strangled to death by a police officer during an arrest in Minneapolis, Minnesota, on May 25, 2020.

This incident, being shot on camera, essentially prompted the population to start a massive protest in Minneapolis, which has eventually expanded into a full-fledged movement of black rights activists not only in other 49 states, but all around the world. Although this movement is still gaining its momentum, it is already considered the greatest movement for black rights since the very March on Washington in 1963 led by Dr. Martin Luther King Jr.
Meanwhile, the destabilized environment, coupled with an economic crisis that fell on us due to the COVID-19 pandemic, perfectly suited looters, robbers and pickpockets, who almost immediately began to shoplift, stealing expensive electronic devices, jewelry, money etc. Not only did those looters turn the public’s attention away from peaceful protesters, but they also basically compromised the whole goal of the movement, making it look like a distraction created for them to succeed in their criminal activity.
In this article we will try to understand the main reasons for the dispute surrounding those recent events, as well as to learn to take more details into consideration when making conclusions on such topics.

Informing the World Population
As a result, the views of the international community on this particular issue started to differ as much as possible. The populations of other countries, being mostly informed by local news agencies, draw conclusions based on personal opinions of their favorite article authors, correspondents and news anchors. In addition to the fact that such a method of information transmitting creates a so-called “broken telephone effect”, it also reduces a chance that one will hear out facts and arguments of the opposing side, thus creating a narrow information field to work with. In order to widen it a bit, it is important to try to understand first how mass media operate in such situations.
It is obvious that one of the main goals that news agencies pursue, aside from informing the population, is being better than other agencies. The word “better” here includes lots of different factors: from being the first to deliver the news to being the most accurate with numbers, from getting in touch with the most valuable and trustworthy source to being the first to arrive on the field of action. But the global “win” for a news agency is to get a bigger audience that counts on their reports and trusts the opinions of their experts, since this is the only way to objectively point out which agency is superior to everyone else in the news business. There is actually a great cinematic example of this appearance in Aaron Sorkin’s “The Newsroom”, where we observe a utopic news agency trying to forget about numbers and focus on the quality of the material that they deliver. But of course, in real world this dependence is much more visible than in those series.
While this competition serves as a main catalyst for journalists to do their jobs better, it also forms a certain tendency that articles and live reports unconsciously follow, which is essentially an attempt to deliver mostly those news that arouse interest and curiosity in people. This tendency can easily be spotted on the #BLM example, and this is actually one of the reasons why this movement caused so much anger among the international community. Simply put, making a new article about peaceful protests marching in different cities each day would make less sense in terms of marketing profit than writing about shoplifting, arsons, beatings and police forces trying to hold back masses of people. This makes black rights activists look the same as those criminals that turn cities into chaos right now, while actually having nothing in common with them.

Rational Thinking
The second reason is much more complicated than simple marketing conditions. Its core is in human quality that sometimes play a key role in a process of making decisions and conclusions. This quality is a will to rationalize our thinking process and our energy expenditure.
Imagine two people having a dialog about, let’s say, their food preferences. One loves tomatoes whereas the second one hates them for some reason. An average dialog about tomatoes between those two would be simply exchanging these short and concise facts, and that would be the end for this topic. But we can also imagine all kinds of deviation from this basic talk. The one that hates tomatoes could possibly point out that he used to love them, but one day he has almost choked up on a tomato and since then he doesn’t even come close to those vegetables. On the other hand, the one that actually loves tomatoes can mention that there are some kinds of tomatoes, or some dish that includes tomatoes, that he personally hates.
So why wouldn’t they mention all this additional information in the first place? It seems crucial for making a deliberated choice when ordering food delivery. Well, basically what happens is that they subconsciously prefer not to waste their time and energy on thinking about it all. They would mention those extra facts later when this information becomes more relevant to the topic, but until then there is no need in trying to remember the details of the story when a second person almost choked up, like when and where did it happen, as much as there is no need to remember, what was the name of the dish that includes tomatoes but that would be better without them. And that is understandable, but the problem here is that there is a small chance that if they would continue to go into details – they would find some common ground and there wouldn’t be a conflict in opinion.
Without a doubt, when we are talking about racial discrimination, or any other type of xenophobia, the dialog is roughly that simple as if we would be talking about food. But the processes that occur in our head are the same. When the supporters of the #BLM movement discuss it with their opponents, the arguments of both sides are most likely understood to both sides in advance. The supporting side would state that Afro-American community in the US has suffered long enough and that the government has done nothing to prevent this from happening again and again, and would give us lots of examples of injustice for the policemen who practiced violence on people based on the color of their skin. The opposing side would insist that those cases are nothing compared to the cases of those shop owners whose business has turned to ashes because of the looters, even though they might have never treated an Afro-American client worse than any other white client. But the thing is that they are talking about two completely different groups of people. If they would discuss only the peaceful movement, which #BLM literally is – there might have never been an opponent on that particular topic. Similarly, if the side that supports #BLM would focus in such a dialog on the looters, previously pointing out that they do not represent the aforementioned protest – maybe they would get to some agreement.
The problem is that we subconsciously prefer to generalize information instead of going into details each time the topic arises, as well as to round some statistical numbers in order to save time and energy from talking about tenth and hundredth. There is nothing bad in this quality, it’s natural to all the human kind. But each person has his or her acceptable level of inaccuracy. And sometimes the difference between those levels of inaccuracy might cause a serious disagreement between people that are actually very close to some common ground. So, instead of looking for more and more facts that could support a specific point of view, one should be dealing with the difference in opinions itself. Maybe this would open up a lot of eyes on current problems, and thus hopefully solve them.