Since the UN came into existence in 1945, the organization has proved to be an extremely effective tool to prevent peace and the raise of new conflicts around the world. Among the UN most significant achievements it is worth remembering its involvement in the Korean War (1950-1953) and the Persian Gulf War (1991), where it […] 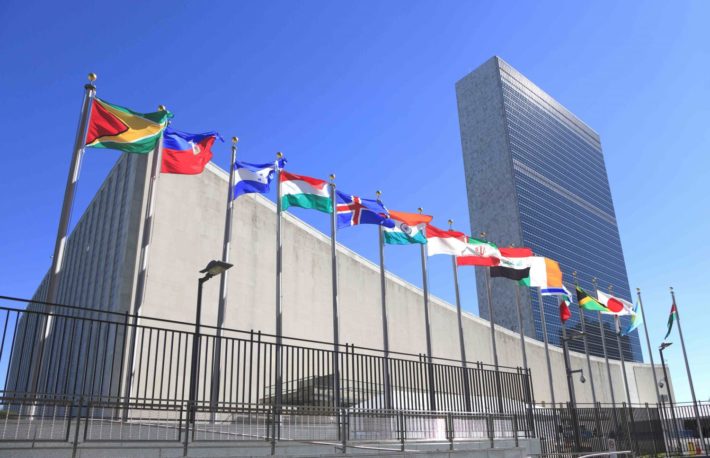 Since the UN came into existence in 1945, the organization has proved to be an extremely effective tool to prevent peace and the raise of new conflicts around the world. Among the UN most significant achievements it is worth remembering its involvement in the Korean War (1950-1953) and the Persian Gulf War (1991), where it authorized the international coalitions that fought in both. Additionally, the UN served as a hub for mediation during the Arab-Israeli conflict, whose intervention lead to numerous peace accords and kept the tension localized in the Middle East. During the Cuban Missile Crisis in 1962, the UN was used as a platform by the United States to challenge the Soviet Union’s placements of nuclear missiles in Cuba. Overall, the UN military forces provided by member states have carried out more than 35 peacekeeping missions which enhanced the level of security and mitigate conflicts. For this exceptional commitment, the UN Peace-Keeping Forces received the Nobel Prize for Peace in 1988. But the UN also demonstrated to be an essential pillar to foster a deeper understanding of human rights and promoting improvements linked to the health of people, such as in the case of the creation of the UNICEF, the aid provided to refugees and the support given to end the apartheid in South Africa.

Without this kind of mediation from the UN, these tensions would have otherwise resulted in endangering the population in an escalating threat for the entire world. Despite these successes, the UN has also been subjected to some criticism, for instance after the Somali civil war, the Rwandan genocide and the Rohingya Crisis in Myanmar. Taking this into account, the UN recognizes that, in order to better acting in accordance with the founding principles, it is essential to find more ways to expand its action worldwide. For this reason, the organization has officially launched a new initiative called ‘UN 75’, the biggest ever global conversation on the role of international cooperation in building the future everyone is hoping to have.
Announced by UN Secretary General António Guterres, the project aims to gather the voices of various people from different backgrounds who will share their ideas and visions for shaping a more inclusive and safe world by 2045. Created to mark the UN seventy-fifth anniversary that will occur in 2020, ‘UN 75’ represents an outstanding chance to connect the worldwide population inside a network that allows the participants to imagine future scenarios based on their past experiences and current perspectives. In this way, the whole society is considered, and even groups that are often unheard in global affairs such as people with disabilities or refugees can exchange opinions that are useful to source solutions for collective actions.

Joining the dialogue is quite simple and can be done online with campaigns or surveys, offline, in formal or informal ways and in many settings, from parliaments to classrooms, from halls to villages. What the ‘UN 75’ hopes to achieve is to find an answer to matters that are crucial to improve international relations, such as what should be the role of governments, businesses, civil society and individuals. A special emphasis will be placed on the thoughts of youth and marginalized groups to listen to their proposals and concerns. Consequently, the role of ‘UN 75’ will be twofold: being able to inspire a broader civic engagement throughout the various communities of the world and to build a more robust and reliable organization at the same time. In fact, especially in recent years there have been many calls to push the United Nations to reform itself, from the Security Council’s membership to bureaucracy. Moreover, in many countries public trust in institutions is declining rapidly and relations between nations are under strain. In addition to this, global challenges continue to be daunting. Examples include fighting climate change, reducing poverty and discrimination, attain an higher level of democratization and making access to education wider. Under these circumstances, it is not surprising that dialogue is urgent. In this sense, the ‘UN 75’ initiative will function as a global reality check to spark conversations around. In fact, only through encouraging public debate the UN can become more aware of the hopes and fears of people, as well as monitoring possible threats that could compromise a secure and peaceful world.

The results generated by ‘UN 75’ will form a group of data captured by innovative streams. The outcome may inspire new programs, investments, partnerships and campaigns.
Despite recent difficulties, the UN is proving another time to be a key actor to in the international scene, since the main idea behind the project is that no country or community could be able to solve the complex problems of the globe alone. Rather, the world keeps needing an institution such as the UN, which is continuing to engage tirelessly to reach goals such as fostering cooperation between nations and guarantee to every individual a more stable and secure world.