Why no more European countries will join JUSCANZ

JUSCANZ is a political bloc that any aren’t familiar with. It contains several European countries, but no more European countries will ever join JUSCANZ again… What is JUSCANZ?I appreciate that for many, this may be the first time you’ve heard of JUSCANZ. You could argue that JUSCANZ is one of, if not the most powerful […] 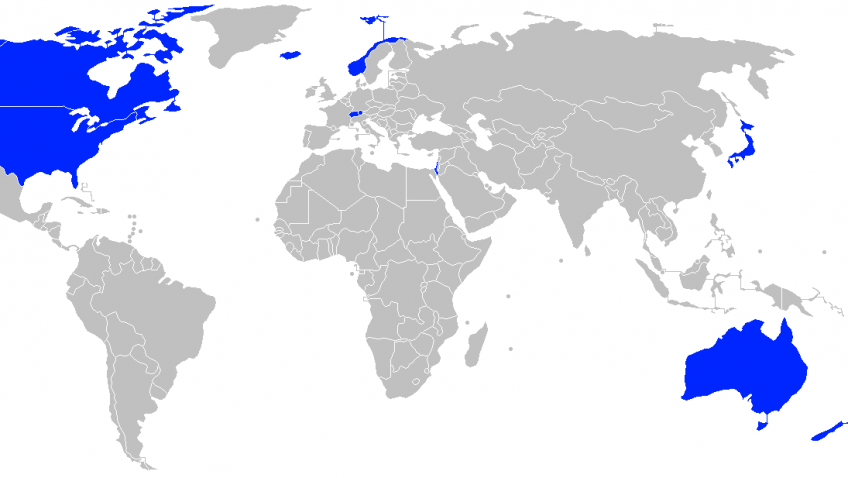 JUSCANZ is a political bloc that any aren’t familiar with. It contains several European countries, but no more European countries will ever join JUSCANZ again…
What is JUSCANZ?I appreciate that for many, this may be the first time you’ve heard of JUSCANZ. You could argue that JUSCANZ is one of, if not the most powerful bloc of countries, perhaps even more so than the UN!

JUSCANZ is an acronym of its founder’s names. It was originally founded by Japan, the United States, Canada, Australia, and New Zealand. All of JUCANZ’s includes:

*The UK is slated to join JUSCANZ but nothing official has come of it yet.

Out of JUSCANZ’s 15/16 members, seven/eight are in Europe. All are major economic powerhouses on their own, but are only minor players in terms of JUSCANZ.

Essentially, before and after every major meeting, such as a UN Security Council meeting, UN member meeting, each member country sends a diplomat to a JUSCANZ meeting.

These meetings aren’t recorded and aren’t truly official. It’s more like a meeting of friends than an international meeting of high-ranking diplomats from several countries.

At these meetings, the members discuss what will be/what has been discussed. The members then agree on what needs to be asked at the meeting or what needs to be done after the meeting.
Why won’t any more European countries join JUSCANZ?
Despite the fact that the UK may join in the coming years, after them, no other European country will join them!
No more countries
When you think of it, most countries in Europe are in the EU. Other players that aren’t part of the EU, have since joined JUSCANZ.

Of the countries that are left, most are trying to join the EU.

The only country that is left is Russia, really. And there is absolutely no way Russia will join JUSCANZ. And let’s say that by some miracle Russia would even want to (for whatever reason), it’s unlikely the other members would agree to it.

After all, part of the reason JUSCANZ was founded was to protect the interests of non-EU, non-NAM and non-G-77 nations from the wrath of communism… just on a more diplomatic level than military one.

Yes, the USSR is no longer the threat it once was, having broken up in 1991. But Russia hasn’t really moved on since. It is still the West’s adversary, whether it truly wants to or not.
No defense
Many countries, especially those in Europe, join international blocs for some sort of defense reasons. If not for a combined military or peacekeeping operation, then for border security or intelligence sharing.

JUSCANZ doesn’t really offer that. In fact, it believes that the job of defense is down to NATO.

JUSCANZ is more for diplomats from the member countries to come together and talk about a meeting that will take place in the future or ha taken place recently.

Whilst yes, some of these talks may have the implications of national, regional or global defense. Nothing is ever directly focused towards the bloc’s defense of one another.

And for many countries in Europe, this is a complete turn off.

To them, combined with the other reasons on this list, JUSCANZ simply has nothing to offer them!
No economic impact
There’s also the fact that JUSCANZ offers nothing in the way of economic co-operation. It might be a collection of very wealthy and highly developed countries, but it doesn’t offer its members anything more than handshakes in terms of our economy.

And this is quite frustrating for current members, as well as prospective ones. Chiefly the United States.

Despite the frustration, nothing is being done. Nothing can be done really.

And this will cost JUSCANZ members. Prospective JUSCANZ members will want a reason to join- if not for military protection, than one that it economic… something that JUSCANZ still can’t offer…

Still only handshakes and clandestine meetings.