On Wednesday, the 16th of September, Yemen’s Prime Minister Khaled Bahah and seven of his ministers have returned to Aden, the second largest city of Yemen, in an attempt to restore the credibility of the government in exile in Saudi Arabia since last March. President Abd Rabbo Mansour Hadi, however, remains in Riyadh, currently carrying […]

On Wednesday, the 16th of September, Yemen’s Prime Minister Khaled Bahah and seven of his ministers have returned to Aden, the second largest city of Yemen, in an attempt to restore the credibility of the government in exile in Saudi Arabia since last March. President Abd Rabbo Mansour Hadi, however, remains in Riyadh, currently carrying out a campaign aiming to put himself back into power. Such a campaign appears to be further fracturing the already divided Yemenite society along a range of political matters. The country has clearly become new  war zone between the Saudi and the Iranian.

This exile government was formed by President Hadi, who was put into jail by the rebels in Yemen when they seized control in September 2014, until January 2015. Hadi managed to escape to Saudi Arabia, and now he pushes for the reestablishment of his government in Yemen.

This political situation has turned Yemen into a theater play in which two big players pull the strings of two political puppets. This means that there is an ongoing game for influence between Saudi Arabia and Iran, which are competing in a race for placing into power a convenient leader: President Hadi or his Huthi rival, former President Ali Abdullah Saleh, respectively.

The absence of Hadi in Yemen is being leading the Aden inhabitants to a situation of unrest and to an increased demand for the government to take responsibility for the rebuilding of the infrastructure in the city and the payment of wages to civil servants. In addition, the people have been complaining about the mismanagement of several ministers of Hadi, who had let the Huthi take over a significant part of the country. The lack of public services, the presence of militants in the outskirts of the city—which are associated to Al-Qaida militants—, and several other issues have also been at the center of the complaints.

Within this abovementioned game of power, there’s an additional crucial element to account for: Al-Qaida’s role in the fight. For instance, an explosive dynamic has been put into motion in Yemen. In which, the Arab forces that are trying to oust the Huthi have been relying upon their fellow society, but also upon Al-Qaida affiliates, in order to achieve their objective. Why upon Al-Qaida? Because Al-Qaida has shown to be quite wary of the separatist desires of the Huthi. Such explosive mix will be tested in the coming weeks, before the battle for the capital, Sanaa.

To conclude, these tensions for power are the explanation for the several attacks that Saudi Arabia and its coalition have conducted around the city of Sana in order to achieve the control over it. As such, a recent ground operation has been conducted by Saudi Arabia, as a continuation of the ongoing efforts since August. The offensive closes the door to the last attempt to find a negotiated solution to the conflict by the UN mediator, while raising the level of alert for the humanitarian situation.

For more informations about this proxy war please consult the following video : 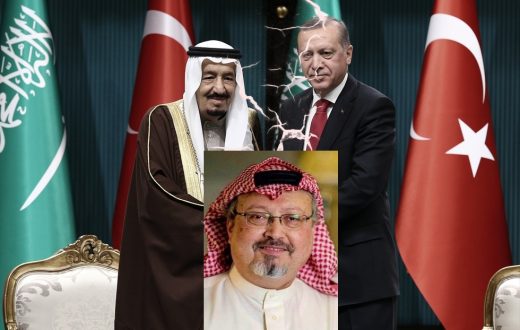