The African Audiovisual and Cinema Commission: Are We Ready Now?

The African Audiovisual and Cinema Commission: Are We Ready Now? 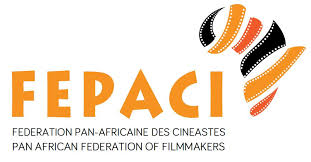 The time is now for African audiovisual industry

The AACC seems to come at the right time to tackle the challenges that face African audiovisual and cinema industry. Algeria’s Amine Hattou, a filmmaker, agrees with many Chadian movie-makers like Prosper Nadsilem and Allamine Kader who believe that the big challenge still the environment, the absence of real industry. Hattou says that the Algerian cinema scene works without clear schemas of production and distribution. 80% of movie theaters in the country are closed and owned by the state, and even with the emergence of private TV channels; the market is not mature enough to give those films a space to be shown. Africa needs an eco-system that can make the local production sustainable.

Moussa Z. Ibet, a film Director and Actor said in an interview that the new commission may be in favor for countries like Chad: “When I first heard of the AACC; the first thing that came to my mind was prospect, hope this could be the beginning of a great film industry in Chad.” With the creation of AACC, Hattou is optimistic that one day African filmmakers and producers can be independent from the global cinema system that promote a certain African cinema that consolidates the western vision, full of clichés and wrong stereotypes on Africa and African people, hopping that “we can only achieve our goal by creating a south-south production platform, an African system of making, producing and distributing films.” 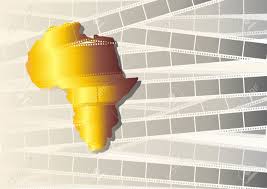 Prosper Nadsilem visited many African countries, including Burkina Faso and Nigeria. During his visits; he realized that all the countries are facing same cinematic problems. Still East and South African audiovisual and cinema industries are more advanced than the Francophone regions of Africa, he believes that the idea of making the AACC an African Union initiative is quietly brilliant, and it’s going to support all of us wherever we are in Africa.

“Our problems are similar, we belong to the same land, we share the same challenges, and we need to make people understand that there is no north, west or South Africa, there is only one Africa.” Many African filmmakers and actors say that despite the fact that some African films win prizes at festivals all over the world; these films are rarely programmed for regular screenings at home, due to the lack of movie theatre rooms, or due to the lack of audiences.

“The newly established commission definitely came to heal our wounds” according to Propser Nadsilem. Still, big film industries like Nollywood and Discopro are usually financed by businessmen, contrary to local film industries. Hence, he hopes that necessary attention will be put on countries that are not so developed.

A number of reports say that AACC is part of a five programs ecosystem that is mobilizing 410 million USD in program funds for the promotion of this industry over the next five years. These resources will be raised from both the private and public sector and will be implemented primarily by the private sector. Audiovisual and cinema industry accounts for five USD billion in continental GDP, employing an estimated five million people. With the current push for its development, this industry is expected to grow to over 20 million jobs and 20 USD billion in annual GDP contribution. Say reports.

Africa is ready to leapfrog

Achille Rouaimon, film director and Actor, argues that he has been waiting for the AACC for a long time. He continued by saying that African cinema plays an important economic and social role; it has good impact on society in terms of culture, education, and economic development. He believes that the developments in the last ten to twenty years brought a mix of promises and successes for the African audio-visual and cinema. “With the newly established commission; I believe Africa’s movie industry is ready to go on to the next level.” Rouaimon stressed

It is quite obvious that the AACC seems to have the ability to create a suitable environment for free integrated audiovisual and cinema presence across the continent. However, that will require a real democratization of political systems in Africa. We cannot talk about audiovisual and cinema reforms if there is no political will at the top of the political pyramid, because the result is always a false reform in the political system roll over between moderate and strong forms of authoritarian control.