Geoeconomics is the economics of politics in which states as well as supranational and intergovernmental institutions use their economic resources to help them gain political leverage. China is an energy dependent country. In order to feed its 1.4 billion population, China needs resources. China’s strategies ranging from the Belt and Road Initiative (BRI) to Shanghai […] 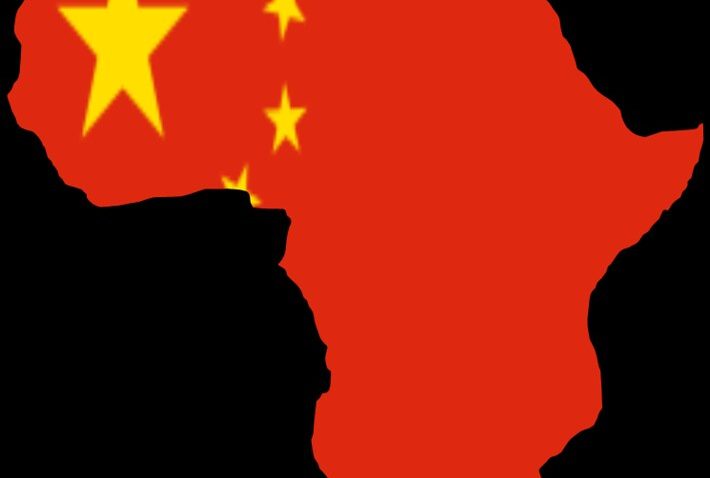 Geoeconomics is the economics of politics in which states as well as supranational and intergovernmental institutions use their economic resources to help them gain political leverage.

China is an energy dependent country. In order to feed its 1.4 billion population, China needs resources.

China’s strategies ranging from the Belt and Road Initiative (BRI) to Shanghai Cooperation organization (SCO), speak the language of geoeconomics. Geoeconomics may not be part of China’s official dictum.

However, its economic strategies from trade to aid and from investment to institutional initiatives insinuate its geoeconomics. Geoeconomics is China’s strongest instrument to make its mark in the world affairs. China is creating balance of dependence with its geoeconomic strategy in the world. China is an energy dependent country. In order to feed its 1.4 billion population, China needs resources.

Its geoeconomic strategy is its way forward to make necessary resources available for its population. However, it does not end here. Creation of a Sino-Centric world order and the promotion of One-China policy are at the core of China’s geoeconomics. This article focuses on China’s geoeconomics in Africa and how does it help China promote its One-China Policy in the continent.
The One-China Policy is China’s official stance which stresses on diplomatic recognition of People’s Republic of China’s government as the only legitimate Chinese government. China considers the Republic of China, commonly known as Taiwan, as its breakaway region which will one day reunify. The end of civil war in 1949 created the demarcation between China and Taiwan whose leader Chiang Kai-Shek withdrew to Taiwan and established the Nationalist government there. Since then both sides claim to be sole representative of the whole territory of China. However, Taiwan’s claim over mainland China is somehow receding. Mainland China, on the other hand, strongly claims Taiwan to be its integral part and does not leave any stone unturned to diplomatically isolate it. Geoeconomics is China’s main weapon to achieve this political goal.
Due to its geoeconomics, China’s footprints in Africa are getting strength with every passing moment. China uses its geoeconomic leverage to promote its One-China policy in Africa and strives to further isolate Taiwan diplomatically.

However, China’s geoeconomics in Africa is not a recent phenomenon. It can be traced back to Mao’s Great Leap Forward era. In this context, Julia Lovell in her book, “Maoism A Global History” claims that from the very beginning of Africa’s decolonization, China started exerting a symbolic influence on the continent. Such influence, she claims, was significant for China’s winning entrance into the United Nations. African states, however small, were numerous and played in favour of China’s seat in the UN. In 1971, China took over the seat from Taiwan and became member of the UN. Moreover, China also took over the permanent membership of the UN Security Council from Taiwan which it held till 1971. Hence, China’s geoeconomics in Africa has over a half century history which has been bearing multi-faceted fruit for China.

China maintains strong geoeconomic balance of dependency in all countries of Africa.

China’s geoeconomics in Africa supports its powerhouse in the world affairs. The African continent does not only support political stance of the mainland China in the world but it also provides China with abundance of resources. It is a win-win situation for China. The value trade between China and Africa in 2019 was over 200 billion dollars. Besides trade, China has heavily invested in the continent. Its investments focus ranging from building roads and railway tracks to building stadiums and presidential palaces in the Continent.

Currently, Estwatini is the only African country among 15 countries that maintain diplomatic relations with Taiwan. However, despite diplomatic isolation, Taiwan maintains substantive ties with the US, countries in the European Union (EU), Canada, Australia and many other countries. Additionally, Taiwan’s passport holders have visa-free, visa on arrival or e-visa privilege in more than 150 states and territories in the world.

Nevertheless, it faces an existential threat from China which may not use force to take it back but it is using its geoeconomics effectively to isolate it diplomatically for the time being following Sun Tzu’s dictum, “The supreme art of war is to subdue the enemy without fighting”. Therefore, following the geoeconomic footsteps, China’s government is effectively winning influence and subduing its enemy without fighting.