What are great powers? Let us break it down. They are states with exceptional economic, strategic and social influence on the landscape of Earth. At the core of this concept, currently, there are three such states: mighty America, aggressive Russia, and the economic power China. All are striving hard to win the king’s palace. A […] 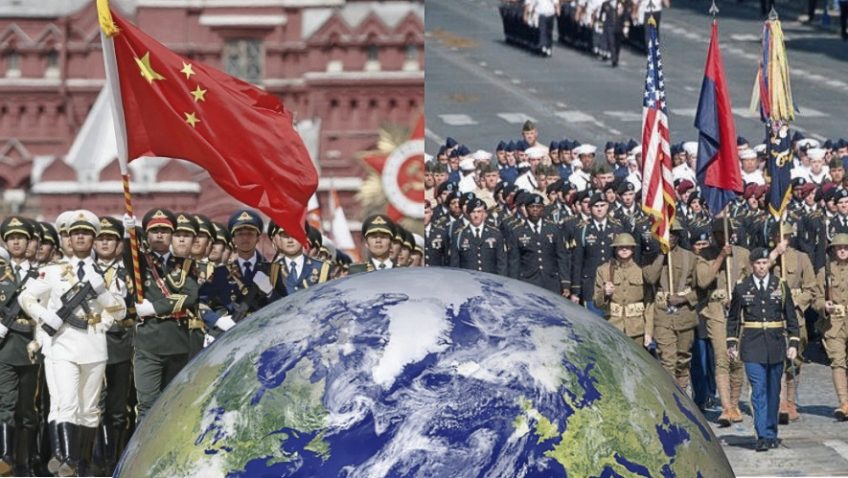 What are great powers? Let us break it down. They are states with exceptional economic, strategic and social influence on the landscape of Earth. At the core of this concept, currently, there are three such states: mighty America, aggressive Russia, and the economic power China. All are striving hard to win the king’s palace.

A year back, the biggest threat to American interests was terrorism, which has now been replaced with the great-power competition. The policy document ‘National Defense Strategy’ released by President Donald Trump’s administration placed great-power competition at the first place in the list of ‘major potential threats to the USA’, displacing terrorism to second place. This policy document portrayed both Russia and China as adversaries that were potential threats to US national interests, particularly in Europe, Asia and the Middle East, and generally in the world.

The things that caused this shift in US policy have their roots in Russian President Vladimir Putin’s revisionist and aggressive policies, and Chinese President Xi Jinping’s ambitious Belt and Road Initiative. Washington sees the BRI as a threat to the US-led world order. Therefore, an effective policy to counter China’s influence is the need of the hour for American policymakers.

At face value, the option before the Trump administration is pretty clear: divide and rule. And the Americans have frequently enjoyed this rule. Breaking it down, recent reports by the US Central Intelligence Agency and other influential agencies show an aggressive Russian defense policy with exceptional military capabilities that can outweigh America’s strategic capabilities in the case of direct (highly unlikely) or indirect confrontation between the two major powers. In contrast, China has been asserting huge opposition to the US in trade and development linkages with the European Union in particular and the world in general.

The recent EU-China summit without the participation of Washington was a clear sign of China’s dominance in a trade war. Similarly, the successful implementation of BRI in Asia, Europe, Africa and the Middle East also solidifies Beijing’s trade dominance over America’s. In short, China’s economic policies are gaining applause in the international market. That’s a big problem for Trump administration, which has promised at home to “make America great again.” The latest sanctions and fines levied on Chinese tech giant ZTE shows a troubling path for both countries in a trade war.

Thus if China and Russia join hands against the US, that would be disastrous for the US effort to hold the portfolio of “sole superpower of the world.” Weighing up both sides of the argument, the divide-and-rule policy is the sole option for Washington for survival. In the past, the famous American policymaker Henry Kissinger employed this policy by aligning China against Russia during Richard Nixon’s presidency. Now, in his meetings with Trump, Kissinger has reportedly suggested the opposite of his previous policy. That is, align with Russia by giving it leverage against China in the international arena.

Trump’s recent one-on-one talk with Putin in Helsinki was a bold manifestation of Washington’s appeasement toward Russia. In that, Trump went quite opposite to the findings of his own national-security agencies. Thus, the US is no longer a Russophobe.

No doubt the path for the US to implement ‘divide and rule policy’ is difficult to pursue as there are differences between China and Russia on various issues, yet both Beijing and Moscow are not on conflicting terms.

As an example, Russia has still not opted to join China’s ambitious Belt and Road Initiative. Similarly, the two countries view the Europeans differently. Russia has strategic interests in Eastern Europe while China is pursuing economic objectives. Similarly, the interests of both differ greatly in Central Asia and Middle Asia. In the Russian context, Central Asia should follow Moscow’s footsteps and only Kremlin has the right to interfere in the matters of Central Asian nations.

Summing up the differences between two Eastern powers, they have divergent interests in the world yet they are cooperating strategically, and therefore are not interested in conflict. In fact, both China and Russia have supported each other on various issues in the United Nation’s General Assembly and Security Council, and are seeking ways to enhance bilateral cooperation. Similarly, the platforms of BRICS and the Shanghai Cooperation Organization (SCO) are of immense importance for both countries to advance their relations with a win-win strategy.

In conclusion, it is hard for the US to treat both Russia and China as adversaries at the same time. Thus aligning with one at the cost of the other is a viable option in the contemporary world for Washington to maintain its hegemony. Although the task is pretty difficult to achieve, it may succeed to some extent in a future decade as the thinkers in the White House are considering this advice of the legendary Henry Kissinger. In the end, recent events favor a possible alliance of the US with Russia at the cost of Europe to give a blow to Beijing’s dream of ‘Chinese World Order’.

Hamza liaquat
Hamza bin Liaquat is a mechanical engineer by profession, but his passion to pursue a career in national and international politics brought him to journalism. Now he is working as a freelancer, writing articles and blogs in various newspapers and online media websites.
Facebook 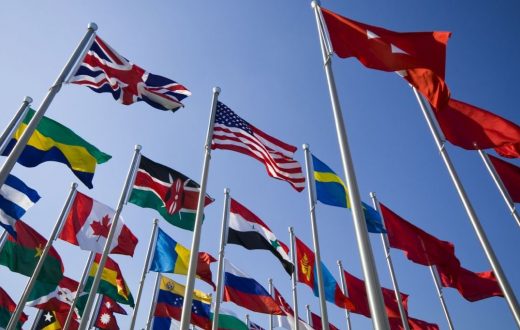 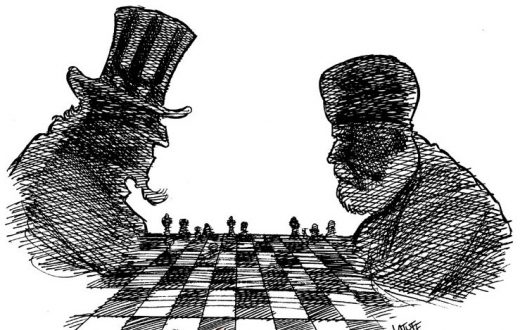