How The Taliban Take Over Affects Afghanistan’s Economy

The Taliban are in control of Afghanistan for the first time in 20 years. But while they no longer have any military opposition, they now face an economy on the brink of collapse, which threatens to worsen an already devastating humanitarian crisis.   When the militant group seized power on 15 August, Afghanistan’s internal banking […] 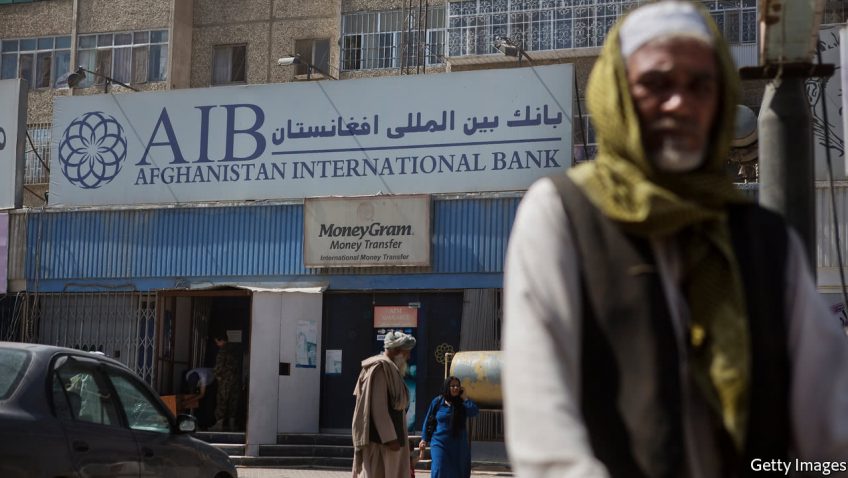 The Taliban are in control of Afghanistan for the first time in 20 years. But while they no longer have any military opposition, they now face an economy on the brink of collapse, which threatens to worsen an already devastating humanitarian crisis.
When the militant group seized power on 15 August, Afghanistan’s internal banking system froze up. Long queues have formed outside banks, many of which are closed, and ATMs that aren’t dispensing money. With limited access to cash, people are becoming increasingly desperate. The economy was already extremely fragile, heavily dependent on aid. A nation is considered aid-dependent when 10% or more of its gross domestic product (GDP) comes from foreign aid; in Afghanistan’s case, about 40% of its GDP was international aid, according to the World Bank.
When it became clear that the Taliban would gain control of Kabul, western powers, including the US and Germany, suspended foreign aid to the country. The World Bank and the International Monetary Fund (IMF) have also since halted payments. Foreign reserves of Da Afghanistan Bank (DAB), the central bank, have also been frozen. DAB has reserves of roughly $9bn (£6.5bn), most of which is held in the US.
Ajmal Ahmady, the former governor of DAB, tweeted last week that he fled the country on a US military plane on the day the Taliban seized Kabul. He said most of the DAB’s reserves are held in safe, liquid assets such as US Treasury bonds and gold offshore, as per international standards.
“We can say the accessible funds to the Taliban are perhaps 0.1-0.2% of Afghanistan’s total international reserves,” he added. “Not much.”
And last week, a Biden administration official confirmed to the BBC: “Any central bank assets the Afghan government have in the United States will not be made available to the Taliban.”
“While the economy is at a standstill, the country is facing an exodus of people, with crowds rushing to the airport to try and escape Taliban rule. One money changer in Kabul told the Wall Street Journal that some landlords are even asking their tenants to stay in their properties for free, “because they fear that the Taliban may just take a house if it’s empty.”
In a recent article in the Financial Times, Mr Ahmady wrote that claims the Taliban could get sufficient revenue from illegal mining, opium production or trade routes were “over-optimistic”.
“Taliban revenues from such sources could be considered relatively large when only running an insurgency campaign,” he said. “They are wholly inadequate to operate a functional government.”
On top of foreign aid, another 4% of Afghanistan’s GDP was made up of remittances, according to the World Bank – that is, family members living outside the country sending money home from abroad. This meant that it was one of the countries most dependent on remittances in the world.
But in response to the Taliban’s take-over and western countries halting foreign aid shipments, international transfer companies Western Union and MoneyGram suspended their services in Afghanistan – effectively cutting off the supply of family money from abroad, too.
Announcing its decision last week, Western Union said in a statement that it knew the suspension would have a huge impact on Afghans.
“We recognize that our services provide a vital channel for our customers to support their loved ones, and we will continue to closely monitor this rapidly developing situation and keep our customers and associates apprised of any developments,” it said.
As a result, there is no hard currency for civilians to access – the banks are almost all closed, and people are unable to withdraw dollars.
Because of the volatile political situation the local currency, the afghani – which was already low in value – is now worth even less.
People have been sharing their experiences anonymously on the @HearAfghanWomen Twitter account.
In one tweet, a woman writes: “Gas is too expensive, all banks closed, other foodstuff shortage in Kabul stores, can’t find mobile top-up – and also afraid for our lives.”
In another, the account says people have resorted to selling their household belongings on the street.
“In the past few days, huge lines have formed in front of banks all over Afghanistan, and the banks now don’t have the currency,” Fawaz Gerges, professor of international relations at the London School of Economics (LSE), tells the BBC.
“It doesn’t matter if you have Afghani currency, because that money has lost most of its value. And the central bank, the resources, the assets that helped to really sustain the Afghani currency have been frozen.”
Falling confidence in the Afghan economy has caused the Afghani currency to plummet, Prof Gerges says – leaving civilians reliant on foreign NGOs and humanitarian organizations.
On top of all of this, Afghanistan is in the middle of a devastating drought, which according to UN estimates has left around half of the country’s children malnourished.
“This is the second drought in three years,” Prof Gerges says. Afghanistan, he says, already had the second-highest level of food insecurity in the world, high rates of poverty, and a health system “at breaking point” due to the Covid-19 pandemic.
“The Taliban takeover has exacerbated the multiple crises that already existed,” Prof Gerges adds. “What we have in Afghanistan is a ‘perfect storm’ – and what I mean by ‘perfect storm’ is multiple crises happening at once. It could really turn Afghanistan into a catastrophic humanitarian crisis, similar to the ones in Syria and Yemen.” 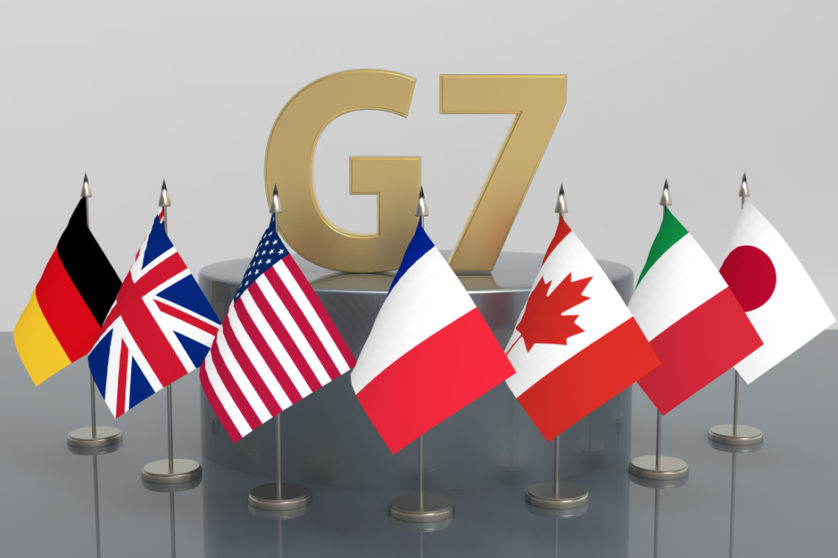 But international leaders are hoping that the Taliban will want to prove that they are able to govern effectively, and so will be willing to compromise in order to get foreign funding reinstated.
For example, after chairing a virtual summit of G7 leaders this week, UK Prime Minister Boris Johnson said the countries had “very considerable leverage – economic, diplomatic and political” with the Taliban, including withholding substantial funds.
The G7 countries are the UK, US, Canada, France, Germany, Italy and Japan.
Prof Gerges says the G7 is “using carrots as opposed to sticks at this stage”.
“It seems to me that the Western powers and the US are willing to do what is called conditional engagement – that is, that the Taliban have to behave in order for the international community to unfreeze Afghanistan’s foreign reserves, and allow the Taliban access to Afghanistan’s central bank’s assets.”
In terms of the economy, he says, “I think it’s in the self-interests of the Taliban to provide goods and services for the Afghan people, to show that they are now in control, that they are a functioning government, and that they mean it when they say that they have changed.”
But whether that is enough to make them compromise on their politics and ideology, he adds, is very much an open question.
Categories