LITTLE REMINDERS The European Union is an economic and political partnership recognized as a single market with a free flow of goods and people. Founded following the World War Two it involved 28 European countries to encourage cooperation and avoid war between countries trading together. Brexit is a merge between the words “Britain and Exit”. In […] 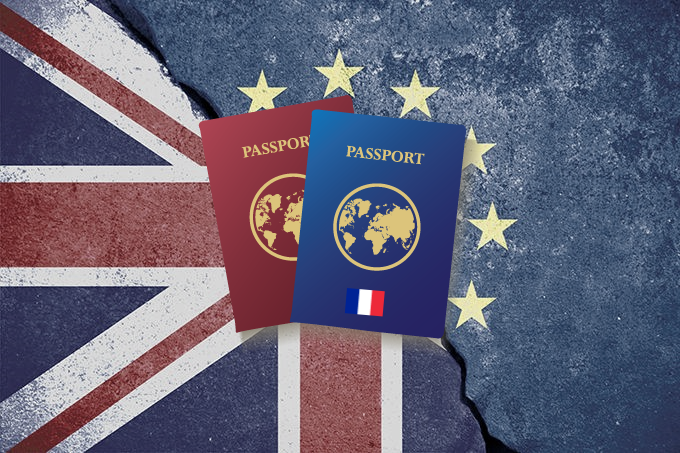 The European Union is an economic and political partnership recognized as a single market with a free flow of goods and people. Founded following the World War Two it involved 28 European countries to encourage cooperation and avoid war between countries trading together. Brexit is a merge between the words “Britain and Exit”. In fact, this word was used to claim the will of the UK to leave the European Union (EU).

“Take the control back”

One of the main aims of BREXIT was to “Take the control back“. Consequently an important step for the UK was to change their passport. The British government has decided to head back to its traditional blue cover. This design was abandoned in 1988, when the country adopted burgundy colour, the common feature with most other EU member states. Gemalto has been awarded the contract to supply a new generation of UK passport. The full production will be in place by early 2020.

But… What is Gemalto ?

Gemalto is an international digital security company providing in the Civil Identity domain, secure documents, identity solutions and services addressing the Governments needs. The company was founded in June 2006 by the merge of Axalto, a Dutch company and Gempus International a French company (https://www.gemalto.com/). Gemalto is an experienced and trusted company. Concerning passports production it works with over 40 countries around the world. Gemalto has already worked notably with the UK on driving licenses, Biometric Residence permits and transport cards. Gemalto has employed over 500 staff in the country since 2012.

The new passports provided by a French company: A decision that divided the country 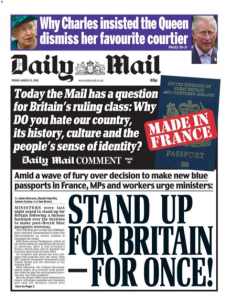 Besides changing the colour, the new passport will be one of the most technically advanced anywhere in the world, “offering holders outstanding protection against even highly sophisticated attempts at forgery and counterfeiting notably thanks to the use of polycarbonate rather than paper for the passport data page that contains the holder’s biographic details”. (https://www.gemalto.com/govt/security-features/polycarbonate-color). Gemalto a French/Dutch company following the country’s decision to leave the European Union replaced the previous British company De La Rue, in charge of the production of the UK passports in burgundy. The decision of the government has been criticized a lot by some politicians and by the population. Indeed the goal of the BREXIT was to take control back and this decision doesn’t seem to fit well with it. Priti Patel the previous Secretary of State for International Development, even claimed ” It’s a national humiliation “. The Daily Mail has also wrote to the Britain’s ruling class: “Why do you hate our country, its history, culture and the people’s sense of identity” with a picture of the new passport “Made in France”.

The Government explained that the bid of Gemalto was more interesting than the other British company bids. The Government will economize 137 million of euros compared to the previous contract with De La Rue, 400 million. Moreover, among the 600 employees working for De la Rue, already 200 are working on this passport and more than 70 jobs were created. Brexit has forced the UK to solve a complex equation :  public budget or home production?

This subject interests you?

Have a look on the article “What will be Brexit Consequences on The World?” written by another Young Diplomat.