Jesus is considered as one of the most fascinating and influential personalities of all time; he has had a central role not only within the church but also in the development of western culture. This explains why, 2000 years later, we still talk about Jesus, and we still analyze the meaning of his speeches. […] 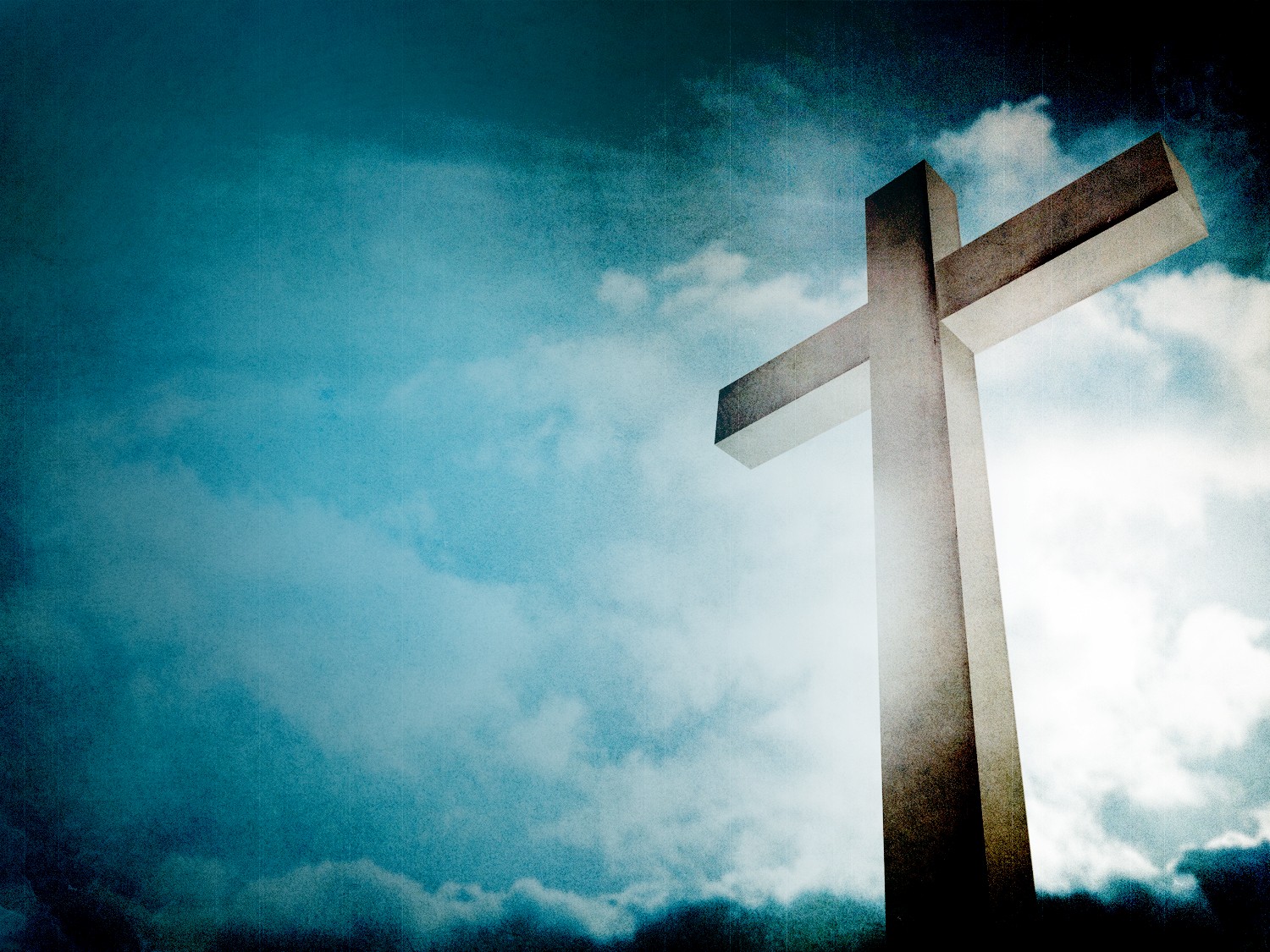 Jesus is considered as one of the most fascinating and influential personalities of all time; he has had a central role not only within the church but also in the development of western culture. This explains why, 2000 years later, we still talk about Jesus, and we still analyze the meaning of his speeches. The aim of this essay is to analyze the words that are written in the Gospels and give an explanation of why its message should not be considered political. The guidelines will be the Bart Ehrman’s view regarding the impossibility that Jesus’ intention was to give a political meaning to his words since he was an apocalyptic prophet, who believed that end of the world would have arrived soon.

What we know historically about him is much less than what is expected. The difficulty lies in the fact that we possess a large number of sources about him, and it is not easy to distinguish which one is valid because many people are acting and writing in his name. Despite the great variety of opinions surrounding him, there are several facts on which most of the scholars of antiquity agree. Jesus was a Jewish man, who lived in the poor village of Nazaret, in Palestine, probably shortly before the death of Herod the Great. He belonged to a peasant class, and so he probably wasn’t neither able to write and read. He appeared to be a preacher and a teacher, who was crucified in Jerusalem during the reign of the Roman Emperor Tiberius. This is pretty much all we can say about him; considering that the story of his birth is mentioned only in the two first chapters of Luke and Mark in the New Testament. (Borg 1997, p. 5)

The official bibliographies about Jesus can be found in the fourth Gospels, in fact, these texts had been introduced into the Bible and officially recognized by the Catholic church. The Scholars usually divide the Gospels present in the New Testament between the synoptic Gospels, the ones written by Matthew, Mark, and Luke, from the Gospel of John. The root of the word “synoptic” suggests that these three Gospels are linked to the similarity of their content, in contrast to the differences shown in the Gospel of John, such as the use of an exalted language when Jesus speaks of himself or the frequent use of complex and lengthy discourses. Another general agreement among the scholars is that we do not own the original Gospel texts. They were probably not directly written by the persons named in the titles, (Matthew, Mark, Luke, and John), but by individuals who were not followers or eyewitnesses of Jesus and who lived likely from forty to sixty years later. This could be a reason for the huge number of discrepancies and contradictions, and reports of some historical events which have never taken place, within the pages of the book. (Borg 1997, p. 123)

However, it is also interesting to notice the changes in the understanding of the Bible during the centuries.  Indeed, before the Enlightenment, the way of seeing and reading the Bible, considered as a divine product, was called “natural literalism.” This means that they gave a literal interpretation to what was written in the text. After the Enlightenment revolution, when people began to build their knowledge through the lens of scientific rationality, scholars developed a different view of the Bible, which was no more considered as a product of God, but as a human product. More precisely, they reached the conclusion that it was the product of two ancient communities; the ancient Israel, which wrote the Old Testament, and the early Christian movement, which wrote the New Testament. (Borg 1997, p.123)

It was precise during the 19th and 20th century that thousands of books about Jesus were written, and among these, one of the most famous is “The Quest of the  Historical Jesus” by Albert Schweitzer. His major theme was the understanding of the coming Kingdom of God, announced in the Gospels, through the “apocalyptic eschatology” point of view. The word “eschatology” has its root in the Greek word “eschaton” that literally means “the end.” Thus, Schweitzer believes that Jesus and the early Christian community’s ideas were the expectation of the imminent arrival of the last judgment day. (Borg 1997, p.128)

“At the end of His career Jesus establishes a connection between the Messianic conception, in its final transformation, and the Kingdom, which had retained its eschatological character; He goes to His death for the Messiahship in its new significance, but He goes on believing in His speedy return as the Son of Man”( Schweitzer 1968, p.253)

A similar point of view is also given later by one of the most famous scholar interested in the study of Jesus, called Bart Ehrman.

“I will argue that Jesus stood in a long line of Jewish prophets who understood that God was soon going to intervene in this world, overthrow the forces of evil that ran it, and bring in a new kingdom in which there would be no more war, disease, catastrophe, despair, hatred, sin, or death. Moreover, Jesus maintained that this new kingdom was coming soon, that in fact his own generation would see it.” (Ehrman 1999, p. 21)

Therefore, Jesus is described as an apocalyptic prophet, whose mission was the preparation of humankind for the forthcoming arrival of the new Kingdom. The first Christian communities waited confidently for the establishment of a new world until at least the end of the first century. During this period were written many other apocalyptic works, subsequently defined by the Church as apocryphal, but slowly, this expectation of the arrival of the new Kingdom faded, eventually disappearing almost entirely. Accordingly, Christians have changed their original view about this Apocalyptic prediction, even though they still think Jesus preached about the last judgment day and about the importance of behaving according to God’s rules, they disagreed on the issue of timing this prediction right after the first Jesus’ generation, Indeed, this would have a call into question his divine nature.  Ehrman, instead, still believes that Jesus was a failed Apocalyptic Prophet, who wrongly preached that the end of the world was close.

“But in those days, after that tribulation, the sun will be darkened, and the moon will not give its light, and the stars will be falling from heaven, and the powers of the heavens will be shaken. Moreover, then they will see the Son of Man coming in clouds with great power and glory.…… So also, when you see these things taking place, you know that he is near, at the very gates. Truly, I say to you, this generation will not pass away until all these things take place.”( Mark 13:24-27, ESV )

In these verses of the Bible, Jesus is clearly talking about a forthcoming arrival of the Judgement day, and although there is much disagreement over the interpretation of the words “these things” for timing this prediction, we cannot question the Apocalyptic nature of his speech. This means, as also Ehrman Bart states, that Jesus should be considered as an anti-political prophet, due to his beliefs in the imminent construction of a new order. In  fact, his concern wasn’t related to the Roman politics of his age, since he was convinced that people should prepare themselves for the incoming  Kingdom that would have been dominated by a new condition of peace here on earth with the defeat of the evil forces, and the thought that in this new world: “Indeed there are those who are last who will be first, and first who will be last.”( Luke 13:30, NIV) The meaning of these words is that all the oppressed and the poor would be lifted up in the coming Kingdom; this is also the “good news” announced in his message from which it was taken the name “Gospels.” Therefore, he did not really worry about solving the poverty issue of the present or to condemn slavery explicitly in Roman Empire, because the forthcoming of God’s Kingdom would have taken justice itself. Inside these verses, there wasn’t any hidden meaning of rebellion against the Roman Institutions. This new Kingdom would not require the implementation of new social reform programs, and Jesus’ intention was not transforming the society from within, but preparing people for its destruction. ( Ehrman 1999, p.190)

The anti-political nature of Jesus can also be understood through the analysis of some passages of the Bible, where several times he refused the offers of being involved in politics.                                                                                           For instance, when he was 30 years old the devil tried to corrupt him, with the offer of being the ruler of all the kingdoms of the world, he firmly refused saying: “Worship the Lord your God, and serve him only.”( Matthew 4:9, NIV). Another time, a crowd tried to elect him as their king, but he showed once more his indifference to politics. “Jesus, knowing that they intended to come and make him king by force, withdrew again to a mountain by himself.”(John 6:15, NIV) Finally, in another passage, he distanced himself from politics by refusing identified as a political messiah. Indeed, some disciples of the Pharisees wanted him to adopt a political side, but he clearly stated the limit between God and Caesar’s competence with these words: “Give back to Caesar what is Caesar’s and to God what is God’s.”(Mark 12:17, NIV)

In conclusion, this essay has covered the questions about who Jesus was and what was his message, which, it was said, shouldn’t be understood from a political perspective. It is not easy to make a summary of Jesus thoughts in few lines due to the variety of sources about him, but following Ehrman’s studies has emerged a central point. Jesus was an apocalyptic prophet that came to the earth to preach the close establishment of a new Kingdom in which the humble would have been lifted up. So, for Jesus, the only duty of people was to follow him to be prepared for the Imminent arrival of God. Therefore, there was not any hidden political message in his preaching. 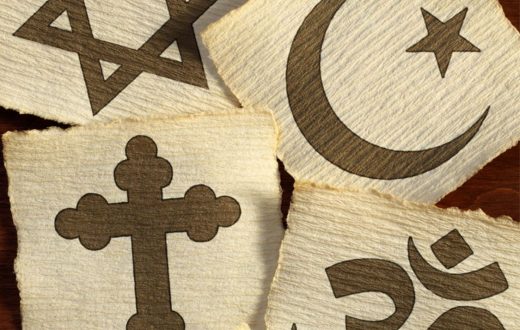 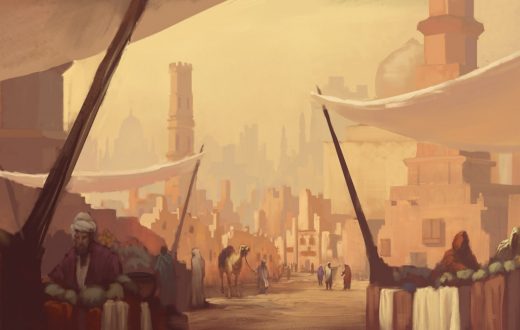 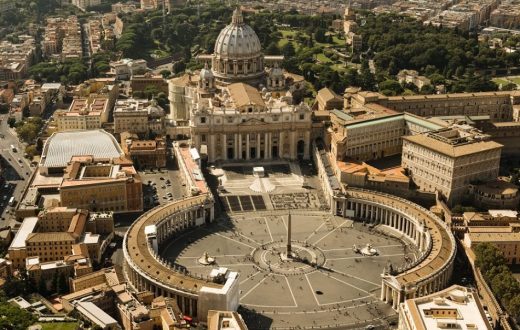 The fate of the Catholic Church yet to be determined