Part 2 : This policy paper suggests a two-fold strategy for the Russian Federation over Nagorno Karabakh, one for the short-term, another one for the long-term. In the short-run, a “wait and see” policy maintaining the “frozen” status quo is necessary because at the moment it is impossible to assess the future geopolitical situation given […]

Part 2 : This policy paper suggests a two-fold strategy for the Russian Federation over Nagorno Karabakh, one for the short-term, another one for the long-term.

In the short-run, a “wait and see” policy maintaining the “frozen” status quo is necessary because at the moment it is impossible to assess the future geopolitical situation given the election of Donald Trump as the new President of the United States. On the other hand, the Russian Federation needs a long-term policy to settle the issue definitively, because this conflict is inherently unstable. A full-fledged war in Nagorno Karabakh would be a threat not only for the stability in the South Caucasus, but also for the stability of the Russian Federation. 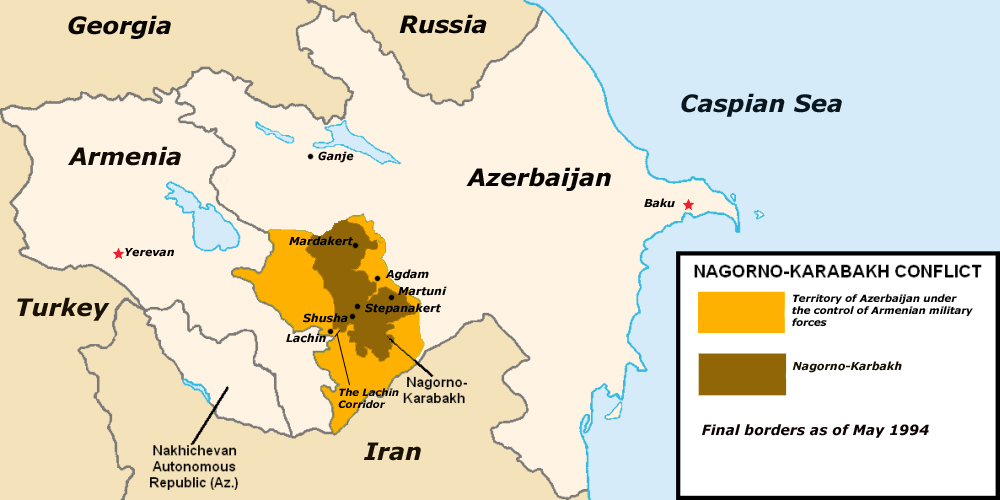 The most important issue in the long-term will be how Russia can maintain its leverage on both Armenia and Azerbaijan once that Nagorno Karabakh dispute will be settled. This means that Russia should avoid that other countries, in particular Turkey and USA increase their influence in the region. The current situation in the international arena offers a window of opportunity for Russia to settle the conflict under circumstances favourable to Russia.

In last April, Nagorno Karabakh witnessed the worst skirmishes between Azerbaijan and Armenia since the ceasefire was signed in 1994. The international scenario looked very different at that moment:

Since then, the circumstances concerning Russia’s relations with the two major “rivals” in the Caucasus region – Turkey and the USA – have dramatically changed:

Turkey now has an interest in improving relations with Russia for the following reasons:

Speaking about the USA, there are several reasons that could make Russia hopeful about a drop in Washington’s interest in the South Caucasus region.

This more peaceful and comfortable international scenario will increase Russia’s capability to settle this conflict without risking to lose its own influence on these territories. Consequently, the Russian Federation should pursue the following policies:

Russia should, as soon as possible, initiate new negotiations between Azerbaijan and Armenia. The Russian government should try to restore confidence in the Madrid Principle as a useful starting point for a final settlement of the conflict.

The future status of Nagorno Karabakh is the first problem that needs to be addressed. Indeed, it will not be possible to settle the conflict until this issue will be resolved.

The Madrid Principles already provided for a referendum. The task of this plebiscite would have been “allowing the free and genuine expression of the will of the population of NK”. However, the independence of Nagorno will not be easily accepted by Azerbaijan, which has already declared that the status of Nagorno is not a topic of discussion. Furthermore, such a secession would violate several UNSC’s resolutions, which have recognized the territorial integrity of Azerbaijan and moreover could be also a dangerous precedent for autonomous regions in Russia itself.

However, a more comfortable solution could be found. To this end, I am suggesting: A more autonomous, but not independent Nagorno Karabakh.  That way, it will still be a region of Azerbaijan, but it will have a stronger degree of autonomy, a solution that could fit both States. 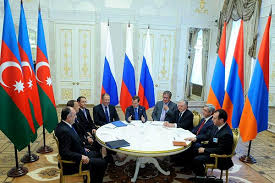 The issue of Lachin corridor has been one of the most important problems in the settlement of the conflict. Demilitarisation and international control will be important in order to stabilise this piece of land and in order to secure the access to this territory to everyone.

At the same time, Russia should try to improve economic and political ties between these two States, because it could be a useful mean to make Armenia and Azerbaijan more willing to cooperate.

Strengthening economic ties between Armenia and Azerbaijan through mutual membership in the EEU can be an important tool to prevent a future war between them. Indeed, close economic ties reduce the risk of the break out of war in the future.

A way to convince Baku to become a member of this organisation is to make it more appealing. Indeed, until now Eurasian Union has not worked as well as it possibly could. The Russian Federation should work to broaden Eurasian Union membership, as a wider Eurasian Union could increase its own appeal as a major trade area. However, Eurasian Union should remain just a free trade association, due to the fact that political integration could discourage Azerbaijan from becoming a member of Eurasian Union, given the membership of Armenia.

Indeed, the participation of Azerbaijan and Armenia in a military alliance will reduce drastically the possibility that conflict could break out anew once it had been settled. However, this could be consider as a long-standing policy. Indeed, it will not be a viable option until the conflict will not be resolved. Nevertheless, it could be important just once the conflict has been solved to try to establish also a military relation within the two countries.

To avoid an Armenian withdrawal from these organisations, Russian Federation must use the influence that it has upon Yerevan, amongst others by threatening the Armenian government to withdraw Russian support if necessary.

However, it will be impossible to definitively resolve the conflict if the historical rivalry will not be reduced. The best way to achieve such a result will be to strengthen political and economic ties between Armenia and Azerbaijan. Membership of Azerbaijan in the Eurasian Union and CSTO might be possible solutions to achieve this result.

By enacting all this proposed measures, Russia should be able to settle this dangerous conflict, whose perseverance is a risk for the stability of the Russian Southern border.  Moreover, if Russia will be the only mediator, the resolution of the conflict will not lead towards a loosening of Russian influence in the South Caucasus, but on the contrary Russia will maintain high leverage on both Armenia and Azerbaijan, but working in a peaceful context.

Grono, Magdalena (2016), What’s Behind the Flare-up in Nagorno-Karabakh?, https://www.crisisgroup.org/europe-central-asia/caucasus/nagorno-karabakh-azerbaijan/what-s-behind-flare-nagorno-karabakh, [25/11/2016]

Sushentov, Andrey (2016), Status in Nagorno Karabakh its detrimental to Russia and its allies, http://valdaiclub.com/a/highlights/status-quo-in-nagorno-karabakh-conflict-is-detrimental/, [27/11/2016]

Antonio Schiavano
Antonio Schiavano. I was born in Salento, a little strip of land in the periphery of world. I don’t know how I develop my crazy passion for International Relations. However, since I have understood that I wasn’t good enough to become a footballer, i.e very very soon. I’d like to become a diplomat, but if the fate won’t help me, I’d like to work in the security field and as a political analyst. 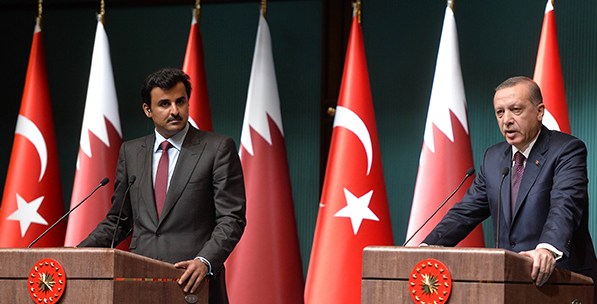