Are Turkish-Iranian relations transformed from an alliance of common interests to struggle for regional influence? Introduction The Arab region has great economic and strategic importance at the global level. In its interior there are about 62% of the world’s oil reserves, which represents the main source of energy, and represents an area of 10.2% of […] 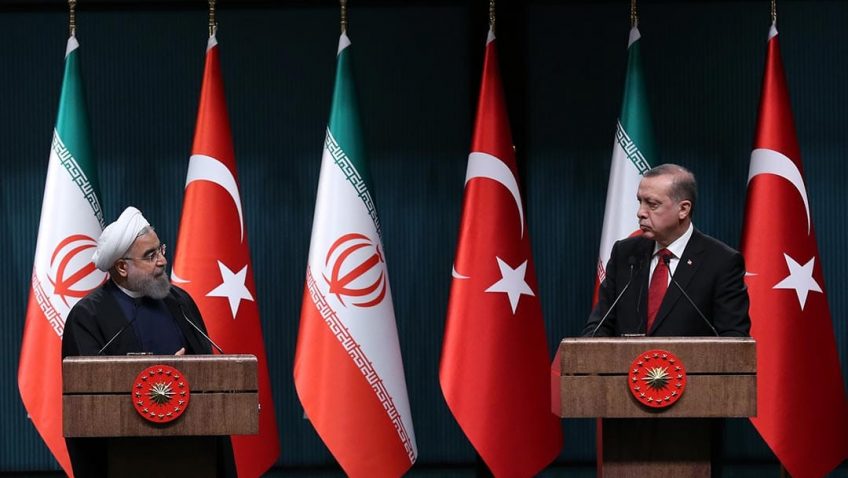 Are Turkish-Iranian relations transformed from an alliance of common interests to struggle for regional influence?

The Arab region has great economic and strategic importance at the global level. In its interior there are about 62% of the world’s oil reserves, which represents the main source of energy, and represents an area of 10.2% of the world’s area. Large more than 300 million people. That is why it was, and still is, a theater for the various regional and international projects, axes and alliances, which have endeavored and seek to control their interactions and benefit from their potentials, and try to map the political balances in them in a way that achieves the interests of their parties.

And after the region was the object of international competition, other regional parties entered to try to impose their control and influence on the countries of the region, and the most prominent of those parties were Turkey and Iran, who are trying to use the region as a pressure toll in order to achieve their interests with Western countries, and find a place for them within the map of the superpower affecting the world.

Turkish project
Turkey is trying to enter the Arab region from many different ways, most notably the historical way by trying to revive the time of the Ottoman Empire, which is clearly shown in the drama it exports to the Arab world in its various forms, as well as portraying itself as an Islamic model at the same time following the secular approach in Thinking and defending the Islamic religion and Arab sanctities, taking advantage of that Palestinian crisis, and its successive developments, as well as its continuous attempts to penetrate and extend influence within the Iraqi and Syrian lands, taking advantage of its participation in the waters of the Tigris and Euphrates with Both countries, and do not forget that there is a common Arab-Turkish desire not to establish a Kurdish state in the Syrian north or Iraqi lands, as this could cause more tensions and conflicts in the hot region, meaning that Turkey is trying to portray itself as a maker of peace and economic cooperation with Islamic history. Modern European thought, and at the same time, economic and political power capable of assisting Arab peoples to achieve their dreams for a better future.

Iranian project
When we pronounce the word Iran, the first thing that rushes to  minds is the Shiite tide and the Iranian leadership’s attempt to play the role of the sole representative of the Shiites in the region and the protector and the preservation of that faith from its elimination by the countries surrounding it .. Rather, the Iranian authorities are trying to communicate with the different Shiite parties in the Arab world, Establishing a communication bridge with it to use it as a pressure tool against its countries and also as a point of negotiation if necessary, as well as its support for Shiite regimes and movements that play political and military roles at the same time as Hezbollah in Lebanon, the Bashar al-Assad regime in Syria, Shiite movements in Iraq, and the Houthi movement in Yemen as an attempt to control the systems of these countries, and indirectly extend its influence and the use of these parties as a means to negotiate with the United States of America as well as European countries.

Cooperation or competition !!
Although the Turkish and Iranian projects differ in the way they reached their main purpose in the Arab region, they share the same goal, which is controlling the Arab countries for their national interests, so we can infer that clearly through the Iraqi field, as both countries share that they want to prevent The return of the rise of the Iraqi state to prevent the emergence of any Iraqi regional influence again, as well as prevent the establishment of a Kurdish state that will cause them internal crises and possibly risks to the authority of Erdogan and Rouhani, as well as No incursion of any armed terrorist elements to their lands through the Iraqi and Syrian borders, but at the same time they may differ in a number of other points such as relations with the Israeli side, as Turkey has strong ties and common interests with it unlike Iran, as well as the broad Turkish relations with the United States of America And NATO, in contrast to the Iranian crisis in relations with those parties.

Hot tensions
Although it seems to some that the Turkish-Iranian relations are in harmony and mutual harmony, they have sometimes been strained, and we see this in the Syrian field through Turkish support for the Syrian armed opposition, which caused a dispute with Iran, a close friend of the Syrian regime and its military and political ally, and it fell Bashar Al-Assad was a primary Turkish goal to control the Syrian field, which means breaking Iranian influence or at least limiting it in the region. This point was one of the most prominent scenes of hot tension between the two contries during the past years that followed the Syrian revolution, but the desire of both  to end the presence The Kurdish entity of their borders reduced that tension, fearing that the West would use that card to cause internal political tensions in Turkey and Iran.
We do not lose sight of the Turkish support for Iran after the imposition of international sanctions against it, which is represented in the statements of the Turkish Foreign Minister,” Jawish Oglu “, when he said that “the proposal to buy oil from any country other than Iran is to cross the border.”

vision
Turkish-Iranian relations are expected to develop further if the American and European pressures on Turkey as well as Iran increase, so that they are both a common ally of the other against external attempts aimed at undermining their control over the reins of affairs in the region, which Turkish and Iranian leaders know will be issued to their countries in the form of crises striking Their internal front, but the opposite may happen and that cooperation turns into hot conflict and bickering, in case the superpowers try to give the green light to Turkey, which is the closest political ally of the United States of America, NATO and Israel to lead the region For the next stage.

Conclusion:
The Turkish-Iranian relationship after the period of the Arab uprisings since 2011 has developed significantly, and in some interests it has come close to reaching a common alliance with a number of issues in the Arab region, the most prominent of which is the resistance to any attempts to establish a Kurdish state beside the borders of the two countries, as well as their incursion in various methods in neighboring countries such as Yemen, Iraq and Syria and trying to control the regimes or support specific movements and groups that serve their strategic interests.

However, that cooperative relationship was not without some attraction, and attempts to compete in calm and indirect ways between them in order to appear as the dominant and leader of the hot issues in that region, Turkey is trying to manipulate its regional control with the United States of America and Europe, especially when it receives Syrian immigrants and provide residence camps To them, as a card of pressure and a threat in charting the path of its external interests with the superpower, while Iran is trying to reduce the pressure on it, and the American and international sanctions imposed against it by indicating its increasing influence in Yemen, Iraq and Syria, which could be used it, if it was forced to do so to ignite the region in multiple conflicts that threaten American and European interests in it, but … what is common between them here is the use of opposition and rebel groups and internal conflicts in the countries of the region in order to tighten their control over the reins of government in these countries, and also to ensure the continuation of the state of conflict in the region to ensure their domination. 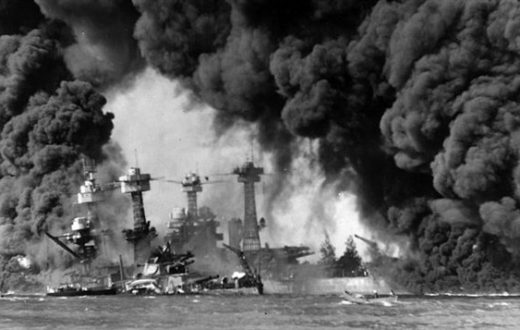 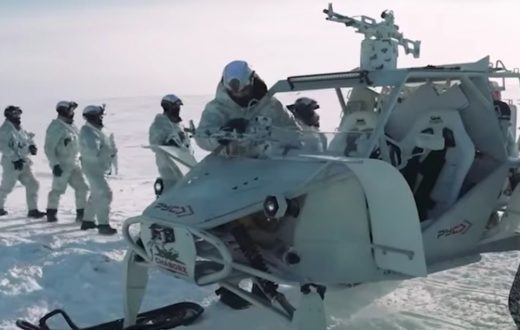 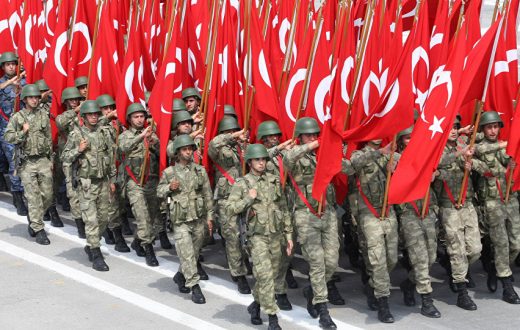 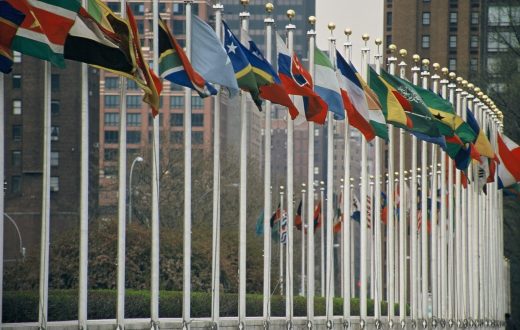