For decades, the international system has been brought to life by the values of multilateralism, despite its different forms. Both during the first war era until now, there have been many organizations that are multilateral in nature such as the UN, WTO, IMF, World Bank, APEC, OPEC and so on. The motives are different, but […] 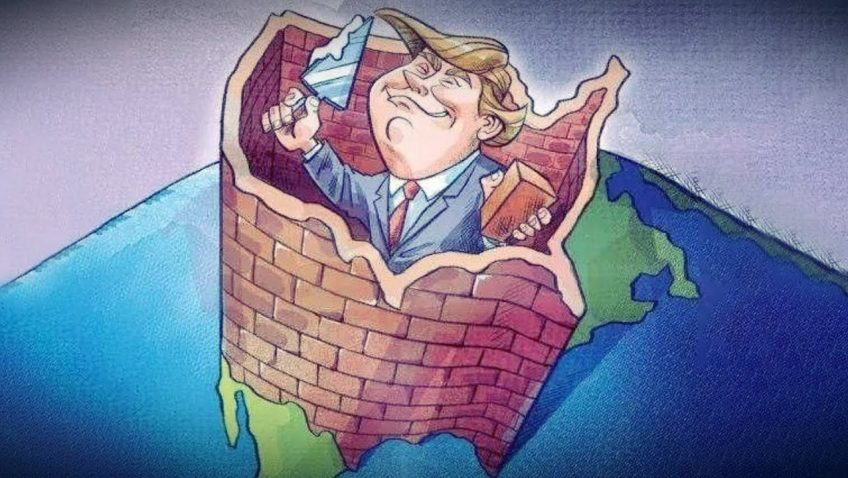 For decades, the international system has been brought to life by the values of multilateralism, despite its different forms. Both during the first war era until now, there have been many organizations that are multilateral in nature such as the UN, WTO, IMF, World Bank, APEC, OPEC and so on. The motives are different, but we can conclude that the state is aware that they cannot stand alone.

Many issues have become the focus of the world today and require the cooperation of many countries. For example climate change, the 2008 financial crisis, immigration, and several others. Sensitive issues such as Palestine-Israel also require consensus not to disrupt the status quo until the creation of concrete solutions. Even the whole world is bound by consensus to improve the global economy represented by the G20, G7, G77, APEC.

The value of multilateralism is almost always represented by the United States. As superpowers, they transmit liberal norms that are claimed to be able to bring the international world to a better level. And actually, indeed there is quite a lot of evidence that can be seen. The WTO, for example, has a role in controlling the state’s arbitrariness related to the installation of tariffs that can disrupt the rate of economic growth. G20 which might be a milestone in solving global problems. Furthermore, the existence of a non-bloc movement became a breath of fresh air amid the excitement between the US and the Soviet Union.

However, the establishment of a new value will be proven if they succeed in surviving alternative values that seek to replace the role of the old norm. There are two factors that might shake the old value: the existence of equal new power or precisely the bearer of this value experiences unexpected upheaval. The first factor means we are talking about balance of power. The case of cold war is a race to show whose value system is better. While this second factor is more idiosyncratic. In other words, this can be a matter of regime change. Say in this case it refers to the US and that is happening.

At the end of 2016, Obama stepped down and was replaced by Donald Trump. This one president brings inward-looking views. Make American Great Again is its flagship slogan to make the US in a position that should be: Superpower. The position of the US as the strongest military has not been replaced, but about the economy, the US is being pursued by China. The development of the Chinese economy is amazing until it can shake the US position. In this position, Trump’s view can be justified.

However, in the international sphere, Trump is taking a step that the world considers ‘controversial’. Trump withdrew the US from the Paris agreement, was not involved in the TPP and made a unilateral decision to move the US embassy to Jerusalem. In addition, he also started a “trade war” with China.

Trump’s move is seen as an act of unilateralism. A step that ignores existing values. He is an attitude where one country commits an arbitrary act, even though there are international rules that apply and are binding. The attitude of unilateralism does not consider the other parties involved in it.

In the minds of many, this Trump action deviates from the value of multilateral ism. But, I don’t think so. Indeed this step is very dramatic, but I am of the view that this is part of Make American Great Again. This slogan has two main essence: restore the US economy and show the extent of US influence and strength.

Take one example of the issue of Trade war. The current issue aims to reduce the trade deficit with China. Trump certainly doesn’t want if the US always experiences a deficit. As a businessman, his instincts say that he must always gain profit. This also reduces China’s export earnings to the US and returns profits back to the US.

Trump’s policies reap a lot of controversy as well as protests from his allied countries. Not a few countries also began to doubt the US commitment to solve global problems. However, if you look at the other side, this unilateral action carried out by the US shows that they still have a strong influence in the international world.

The US will withdraw if the agreement made is not profitable. The same case also occurs in NAFTA. In the end NAFTA was successfully updated but according to US will. This shows that the US has a very strong bargaining position. Trump knows that many parties depend on the US, so he is a bit ‘expensive’. “Expensive selling” is not without reason because the US has very high self-esteem. They do not want to be inferior in front of others for reasons of the interests of many parties.

After all, the US is the only superpower. China may be a superpower in the economy now, but the matter of politics-military, socio-cultural, geopolitical, US quality is still above all. During the year of the Trump administration, the US was very much considered in international decision making. Trump is also pragmatic and knows very well that the US is the strongest country. He uses it to shake the status quo of the international community.

It also have been realized by many parties, the election of Trump is also an anomaly and increases the confidence of populists throughout the world. Even though, economic recovery has been carried out during Obama’s time, Trump is in the right moment when the US economy slowly increases under his leadership, so that it becomes legitimacy and his weapon to be re-elected in 2020.

But, the biggest question is if Trump or anyone in power in the US, will this attitude of unilateralism continue? We can say yes or no. Unilateralism is the attitude shown when they do not believe in the mechanism of multilateral and the issue is quite specific. During the Bush administration, unilateralism was demonstrated by the issue of terrorism and weapons. In Trump’s time, he was more specific in showing unilateral actions in economic agreements although it expand into political-security issue such as Jerusalem, North Korea and Iran nuclear deal. The Paris agreement has an economic element, because reducing the use of fossils is tantamount to reducing economic growth. Likewise the TPP is possible in Trump’s view, this agreement is a fresh field for countries other than the US. But the point is, if the deal was acceptable to US, he will approve it.

I think it all depends on who the President is and what his orientation is. Is this act of unilateralism in accordance with its purpose or not. The attitude of unilateralism will continue to occur, but not every day that action will occur. The risk is quite high because it will reduce the level of trust of allies and also damage the international world order. The effect can be domino and the impact of the global system may return to the classical Westphalia order where skepticism will grow rapidly. Even for the US, this condition can be detrimental because it will develop potential conflicts.

This is in the case of the US, but what about the “stronghold” of the value of multilateral-ism like the European Union? The European Union is fighting hard to face the wave of populism. Populism brings alternative values that can destroy the current order. Therefore, the European Union wants to keep it from spreading to the corners of the world. However, that depends on how the liberal order and the value of multilateral-ism within it are able to resolve global issues. Hungary, Austria and the other two countries have been dominated by populists. If they cannot resolve global issues, then populists may dominate Europe faster. Just waiting for the time until the order is now destroyed. Unfortunately, it was destroyed because of the inability to overcome the problems and distrust of many parties. 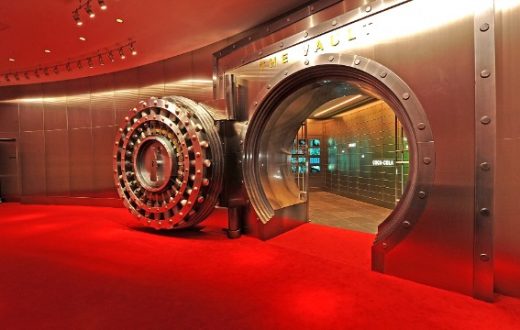