Part one- history During the last decade of twenty century, a radical transformation occurred in the international political field when the ideological and multilateral confrontations between the United States and the former Soviet Union bid farewell to the world. After the setback of the military coup over the former Soviet in 1991, the abolition of […] 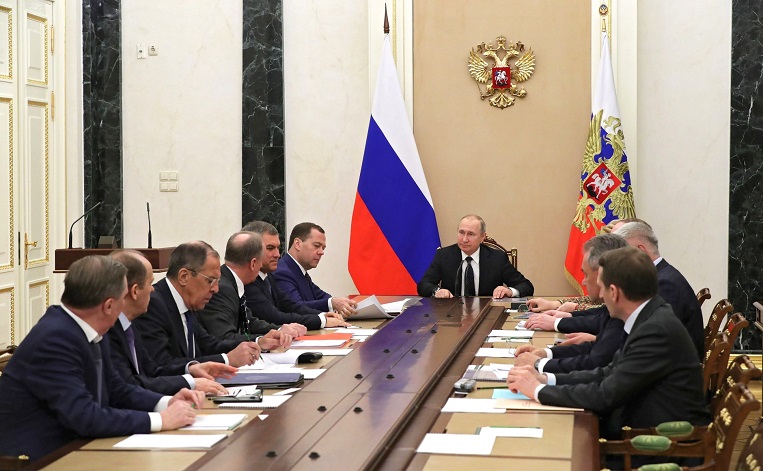 During the last decade of twenty century, a radical transformation occurred in the international political field when the ideological and multilateral confrontations between the United States and the former Soviet Union bid farewell to the world. After the setback of the military coup over the former Soviet in 1991, the abolition of Soviet became true news.

On 7\December\1991, the trifoliate presidents of Slav republics Boris Yeltsin- Russia republic president, Stanislav Shushkevich- Belarusian Parliament Chairman, Ukrainian President Leonid Kravchuk near the Minsk in Belarus had decided to dismantle of Soviet Union and form a new and independent states on based common interests which formally called Commonwealth of Independent States, in this meeting, they emphasized on the border issues or demarcation despite the latest issues with regarding the tripartite environmental strategic and military protections, after that, the republic president of central Asia in common meeting reiterated his royalty to the organization in the city of Ashgabat.

The dismantling of the former Soviet Union pulled out one quarter 1\4 of the Soviet Union geographic land under the claw of Russia bear so in consequence of this, Russia possessed only 76% of its land anymore and took the part of former Soviet Union populations which this gave Russia global workforce ability, and also Russia became heritor of 90% oil, 80% natural gas, 70% gold sources, 42% stations of electricity despite of that Russia federation could take over the humanity, military and economy capabilities with multi-crisis as well.

In 1991, the first presidential election conducted in the Russia federation where the president Boris Yeltsin magnetized the majority votes and thus Russia has stepped from the socialism to skeleton of liberalisms with veiled capitalism. It was a tuned point in Russia new stage when the privatization waves shook the institutions and sectors of the new Russia and also brought the increasing number of private companies.
During the presidential term of Boris Yeltsin, Russia approached with western powers in the way of collaboration and then Russia associated G7 which was the most important task of the country foreign policy. Although the new routes and directions were not transformed easily due to the conservatism and socialism parties confrontations politically and economically, but the elections of 1999 changed everything when the conservatism parties withdrew from the hassles for the interest of liberalism and reformers due to the massive victory of Kremlin party and they embodied the wishes of Russia populations on the direction lines of reform through the establishment of strong nation-state.

After the resignation of Boris Yeltsin in 1999, the Vladimir Putin came to power and succeeded in the elections of 2000 easily in opposed to his rivals and it was a clear message to understand that the Russia peoples wanted to open the state gates towards the international era which means that Russia rose with new face and national strategy to accelerate its horse in international filed. Vladimir Putin early started to confront the western expansion ambitions, improvement of the economic situation, creation of deep webs between republic federations and the restore of Russia national security by the oppressed of internal rebels of Chichan. Shortly since the Putin stabilized on his chair the Russia foreign policy has been continuing on the based these concepts and methods realism, paradigmatic, practicability, and awareness.