Australian military helicopters were targeted with lasers during operations in the South China Sea in May, according to the Australian Strategic Policy Institute. It’s a new incident added to a long set of conflicts in the area. Suspicions are focused on China but have not been confirmed. Just a day before, Beijing affirmed on Tuesday […] 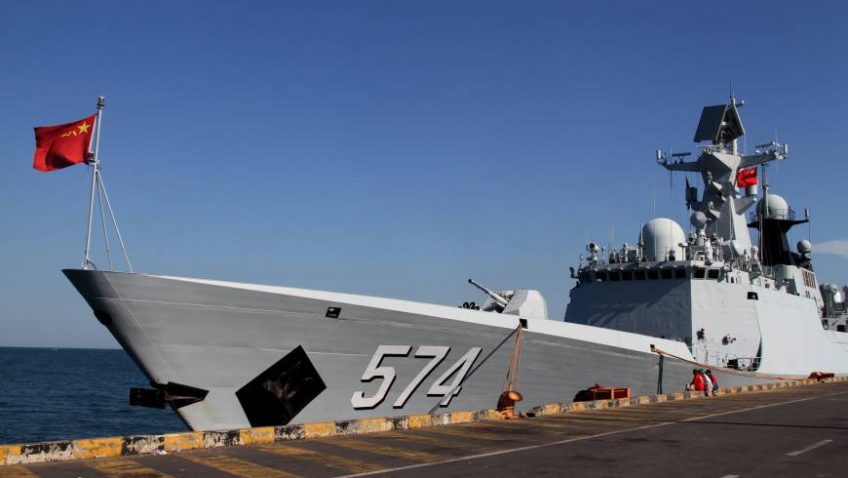 Australian military helicopters were targeted with lasers during operations in the South China Sea in May, according to the Australian Strategic Policy Institute. It’s a new incident added to a long set of conflicts in the area. Suspicions are focused on China but have not been confirmed.

Just a day before, Beijing affirmed on Tuesday (May 28, 2019) its opposition to the security meeting between the US and Taiwan. John Bolton, the US National Security advisor and David Lee, one of the Taiwan security leaders, met in May to discuss the South China Sea, between May 13 and 21. It is the first time since 1979 that senior officials from both armies have met to discuss security in the South China Sea.

In addition, a few weeks ago, The Philippines once again alarmed the international community to claim its rights in the South China Sea, which it considers to be infringed by the Chinese presence. Indeed, the Philippines has reported more than 250 Chinese ships (mostly fishing) near the Philippines-occupied Thitu Island since the start of the year.

Since 1947, China’s Nine-Dash Line symbolizes its claims in the South China Sea. Since then, and especially in the last decade, the Chinese presence has grown instead of several warnings from the international community.

Let’s understand why the South China Sea is a strategic area and how international law intervenes in the dispute.

Why is China so harsh in its positions?

The South China Sea seems to be the theatre of internal conflicts in Asia. Like any international conflict, a rational analysis of the issues is necessary to understand it.

Fishing revenues makeup about 3% of China’s GDP and generate up to nearly $300 billion annually. China also employs between 7 and 9 million fishermen. This market size meets a growing demand as China’s fish consumption grew annually at 6% between 1990 and 2010 to represent nearly 35% of the global fish food supply. To meet such a supply, China needs to expand its new maritime fishing operations. Therefore, the South China Sea is an opportunity.

It gives an idea of the financial and economic influence stakes, that leads to diplomatic conflicts.

An energy dispute? Not really.

China is far from being self-sufficient in energy.

Massively using coal, it needs to satisfy a long-term supply and to overturn a strong dependence on its oil suppliers (Russia, Saudi Arabia, Angola, Iraq, Oman, Brazil, Iran, Kuwait and others).

Nevertheless, the South China Sea represents less than 1% of global oil reserves and about 3% of the world’s gas reserves, according to the US. Geological Survey of 2012. These estimations support the thesis that the South China Sea cannot be the only matter of resources. If the Chinese National Offshore Oil Company often announces a 125-billion barrel figure, it is likely to be strategically excessive, almost certainly meant to distract attention from other motives, such as territorial control.

To know: One-third of the global shipping is supposed to operate in the South China Sea

The United Nations Conference on Trade and Development (UNCTAD) estimates that roughly 80% of global trade by volume and 70% by value is transported by sea. Of that volume, 60% of maritime trade passes through Asia, with the South China Sea carrying an estimated one-third of global shipping (by most the sources).

Such estimations make of the South China Sea one of the most strategic places in the world in terms of control over the exchanges and transports of goods. Strong pressures in the area can be used in diplomatic conflicts as a precious tool.

That may be the reason why China has built for a few years artificial islands and military bases, granting a flow control in the area.

International law is not actually a protection to any infringement

If the United Nations Convention on the Law of the Sea of 1982 states that the exclusive economic zone shall extend beyond 200 nautical miles, China Nine-Dash Line extends far beyond this limit. However, international law has not enough authority to counter Chinese power.

The impotence of international law was manifested through the decision of the Arbitral tribunal in charge of the UNCLOS enforcement. In its two rulings of 2015 and 2016, the Permanent Court of Arbitration ruled that China has “no historical rights” based on the “nine-dash line” map. This decision did not give rise to any coercive measures and did not in any way prevent the extent of Chinese presence in the area.

A land conflict or a maritime one, does it change anything?

South China Sea case is a maritime conflict and it differs in many sides from a land conflict. There is certain anarchy of the international law regarding the high seas, and the powerlessness to get international decisions enforced emphasizes this trend. In that sense, according to the principle of the seas, China is building artificial islands and building installations (civilian and military) on existing islands. Thanks to this presence in international areas, China is taking the opportunity to claim an exclusive economic zone from its newly annexed islands, that infringes the territorial rights claimed by neighbouring countries.

Beyond the legal aspects, human issues in the South China Sea are less important than in land conflicts. However, China is considering populating the area in order to be able to defend itself under international humanitarian law.

However, if China wants to enforce its presence in the area, it would be appropriate to settle civilian populations there in order to make the humanitarian law applicable in its favour. That’s exactly what it is happening for instance in the Paracels Islands. According to the US Think Tank, China has reportedly increased in 2018 the presence of civilians in the Paracels Islands area by building appropriate facilities.

The problem is that Vietnam also claims the Paracels. Although infringed in its claimed right, Vietnam prefers civilian rather than military installations, which implicitly allows China to expand and be relatively better received by its neighbours. Therefore, by being in a first step military influent in the South China Sea, China plans to implement civilians in order to stabilize the area, that can strengthen its claimed sovereignty.

As a consequence, this conflict seems insolvable considering the harshness of China and its strategies. However, like any international matters, it is a balance of powers challenge.