While Christianity is by far the world’s largest religion, it is the most persecuted religious group in the world. There are still many places where Christians are not only persecuted, but also dispossessed and even killed for their faith. This commonly occurs as part of governmental or religious policy, and often these stories and incidences […]

Map of Christiniaty Credit: http://www.operationworld.org/paki
While Christianity is by far the world’s largest religion, it is the most persecuted religious group in the world. There are still many places where Christians are not only persecuted, but also dispossessed and even killed for their faith. This commonly occurs as part of governmental or religious policy, and often these stories and incidences are under-reported. 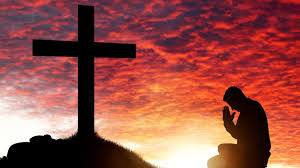 A new report by Open Doors USA, identified 2016 as the “worst year yet” for Christian persecution, ever since the organization began monitoring persecution 25 years ago. Open Doors found that persecution of Christians rose globally for the third year yet, reaching “unprecedented levels” in countries location in South and Southeast Asia, among other locations.The report substantiated an earlier study from the Turin-based Center for Studies on New Religions which found that during the year 2016, some 90,000 Christians were killed for their faith around the world.
“Based on the specific criteria used, approximately 215 million Christians experience high, very high, or extreme persecution.”

The Watch List examines the pressures faced by Christians in five spheres of life including private, family, community, national and church, plus levels that were motivated by violence. Based on the specific criteria used, approximately 215 million Christians experience high, very high, or extreme persecution. Here are the top 10 countries where it is most dangerous to practice Christianity, recognized for extreme persecution.

North Korea is ranked as the most oppressive place in the world for Christians, number 1 on the World Watch List. Being a Christian in North Korea is considered one of the worst crimes possible. In this totalitarian communist state, Christians are forced to hide their faith completely at all times. Worship of the ruling Kim Family is mandated for all citizens so any disruption of this can place your life and your family’s life in jeopardy. It is extremely dangerous for parents to teach their faith to their children until their kids are old enough to understand the dangers. Owning a Bible in North Korea is grounds for execution or deportment to a harsh labor camp, where unknown numbers die each year from torture, beatings, overexertion and starvation.

Since 1991, Somalia has been without an effective central government. It’s dangerous for anyone to live there, but particularly dangerous for Christians. Christians have absolutely no voice in society. Because of Somalia’s tribal system, the country is very resistant to modern government models, including democracy. Since the downfall of Ziad Barre in 1991, Somalia has become a safe haven for Islamic militants. Christian coverts from Islam in the country face particular persecution and martyrdom is very common. A mere suspicion of someone renouncing Islam leads to a rushed public execution.

It is especially dangerous to be a Christian in Afghanistan. Followers of Christ in this country face extreme persecution. Because of this, Christians never meet together publically. Many who convert from Islam to Christianity are murdered once their extended families learn of their new faith. In 2010, the deputy secretary of Parliament called for the execution of Christian converts, after seeing baptisms of Afghan Christians on Afghan television. As a result of this, many Christians have gone into hiding.

Christians in Pakistan are often treated as second-class citizens. Christian women and children can be the targets of sexual abuse; blasphemy laws are abused to attack followers and churches are monitored and sometimes attacked. While historical Christian communities exist openly and have to put up with stringent rules and constant monitoring, Christian converts from Islam suffer the most persecution from both radical Islamic groups and families and neighbors.

In Sudan, converting from Islam to another religion is punishable by death. Sudan also has blasphemy laws under which many Christians have been imprisoned. Under the authoritarian rule of al-Bashir and his party, there is not true rule of law in Sudan; freedom of expression has been almost entirely curtailed. There are reports that the government has attacked Christians with targeted bombings, and turned a blind eye to the killings of Christians by others.

An estimated 700,000 Christians have fled Syria since the start of the civil war in 2011. Parts of the country have been claimed by Isis and other Islamic militants. Christians are often abducted and killed. Most churches are in ruins; however, some Christians make a deliberate choice to stay and reach out to their fellow countrymen with the Gospel.

Many Christians fled Iraq after the fall of Saddam Hussein as persecution escalated. As Islamic State has taken control of large parts of the country, Christians and other minorities have been forced to covert, pay a punitive tax or be killed. An estimated 100,000 people fled their homes in Mosul, a city in a largely Christian region in northern Iraq, as Isis advanced on the region in late 2014. In Iraq, there have been public execution-style killings of Christians by Isis, some of them recorded and broadcast for propaganda purposes.

Islam is the official religion, and any ethnic Persian who converts to Christianity is considered apostate. Converts to Christianity from Islam make up the largest group of Christians and experience the most persecution. Other Protestant Christian communities who evangelize Muslims are the second most persecuted group. Armenians and Assyrians living in Iran are allowed to practice Christianity, but are often treated as second-class citizens. Churches are monitored and raided by the government.

Christians in Yemen are forced to keep their faith a secret. Tribal leaders in the country often punish people who wish to eave Islam, and al-Qaida, which is active in the country, has been known to kidnap and kill Yemini Christians. Despite major persecution, reports show that more Muslims are turning to Christ in Yemen than ever before.

In Eritrea, Christians are considered a threat to the ruling People’s Front for Democracy and Justice. The Eritrean regime is authoritarian and intolerant towards any form of association, dissent and free expression. Many Christians in Eritrea have had their houses attacked or been tortured, beaten and imprisoned. There are reports that some have been held in shipping containers in scorching conditions, and have died as a result.

The persecution of Christians continues to increase around the world. Claiming Christ in parts of the world can lead to violence and death. Let’s pray for Christians around the world who are persecuted, imprisoned or harmed for their faith. We ask that believers in these countries would be able to fix their eyes fully on Jesus as they undergo persecution for following Him.