The US President, Donald J. Trump, termed Joint Comprehensive Plan of Action (JCPOA) as worst ever nuclear deal of the history. The hard sought deal was inked between Iran and P5 countries of the world after marathon meetings. The world celebrated the deal with much ecstasy because it restrained a country from imperiling the peace […] 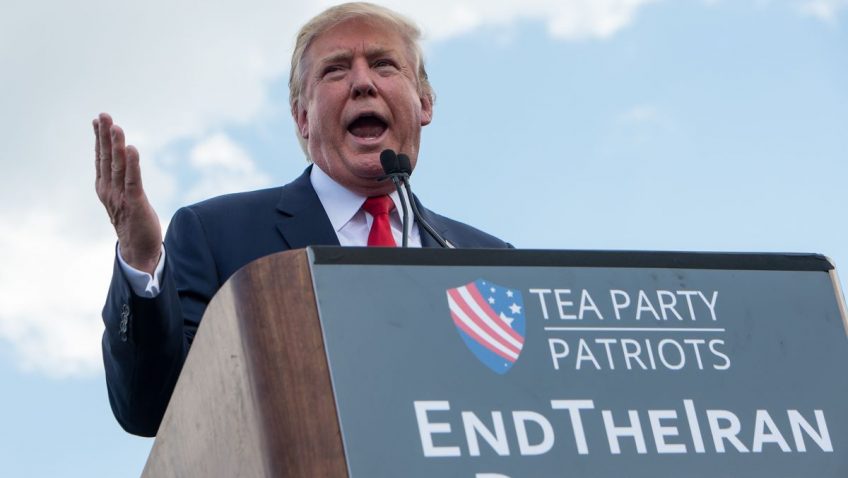 The US President, Donald J. Trump, termed Joint Comprehensive Plan of Action (JCPOA) as worst ever nuclear deal of the history. The hard sought deal was inked between Iran and P5 countries of the world after marathon meetings. The world celebrated the deal with much ecstasy because it restrained a country from imperiling the peace of the world. It was a moment of relief for Iran because the punitive sanctions were withdrawn after Iran convinced them about abandoning of its uranium enrichment program. The hopes were high for the rejuvenation of its oil based economy and elevation of its people from abyss of poverty.

Unluckily, the beleaguered deal could not live for long period of time. Since from the first day of his presidency, the hawkish leader took reins of power in USA with coterie of neo conservatives had had a bee in his bonnet about the nuclear deal. Trump political rhetoric revolved around the declaration of deals inked by his predecessor null and void. In October 2017, he said, “The Iranian regime supports terrorism and export violence, bloodshed and chaos across the Middle East. That is why we must put an end to Iran’s continued aggression and nuclear ambitions. They have not lived to the spirit of the agreement.”  His unilateral withdrawal from the deal terming as the biased, worst and less thought. His European partners preferred to remain in the deal as it was considered insanity throwing the bucket along with the baby. His National Security Advisor, John Bolton, calculated the outcomes as helplessness of Iran and more severe economic sanctions will compel the country to yield to USA.

The nuclear ambitions of Iran predate to 1970s to the Reza Shah Pehlavi regime. He acquired the nuclear reactors from the American and European allies in 1960s. In 1970 it entered in the much galvanized nonproliferation treaty, Non Proliferation Treaty (NPT). However, the research continued in the nuclear energy for the energy needs and nukes in future. After the usher of theocratic regime in 1979, domestic turbulence and internecine war with Iraq in 1980s, the nuclear program was halted. The decade long war with Iraq decapitated the Iranian leaders to carry on the nuclear program. Fortunately, in 1983 the green signal was given by International Atomic Energy Agency (IAEA) to Iran about the civilian use of its nuclear program. In the 2002 the Bush administration became skeptical about the civilian nuclear program of Iran and demanded the international inspection. Amid the concerns of the world leaders, Iranian President publically proclaimed the sovereign right of the Iran to enrich uranium. In retaliation to the Iranian evil designs the sanctions were imposed on Iran by United Nations for violating its obligations under the clauses. A breakthrough was the Joint Comprehensive Plan of Action (JCPOA) which was agreed between Iran on one side and P5 countries on the other side in 2015. The inspection of IAEA was allowed of all nuclear sites in return of relieving Iran from swinging sanctions. Many nuclear experts termed the deal as water shedding event of the history as it blocked the pursuit of Iranian nuclear ambitions.

The de facto Iranian nuclear program was remained major concern of international community. In the cauldron of power politics of Middle East, the nuclear program of Iran can generate the feverish nuclear arms race in the whole region. The sectarian rival of Iran, Saudi Arabia, expressed deep apprehensions of nefarious designs of Iran and unease about its security. The proxy wars of Iran in the backyard of Saudi Arabia in Yemen have some security implications. Hezbollah and Hamas have emerged potential threats to Israel. In the Syrian conflict, Iran with Russia turned the tables of war. The consolidation of rule of Bashar-ul-Assad was indirectly win of Iran as both Shiite countries are allies and share common antagonism toward Israel.

In addition, the lifting of the sanctions invigorated the economy of Iran. In 2017 the gross domestic product (GDP) of Iran was $1.63 trillion dollar and it was expanding. As the third largest oil supplier of the world it total exports of the oil were increased by three fold. The booming economy was followed by the aggrandizement of its influence in the Middle East. The economic revitalization of Iran increased its political maneuvering in the region. It manifested bellicosity in the strait of hormuz by threatening to block the choke point which can disturb the 40% supply of world’s oil. The clandestine relations with Qatar was tantamount to poking nose in the area of influence of Saudi Axis. It continued testing its ballistic missiles under the veneer of its national security.

The Saudi and Israel lobby expressed its apprehensions about the future threats and possible national security issues. It exerted the pressure on Trump administration to withdraw from the deal and nip the evil of Iranian nuclear deal in the bud. Trump met with the leaders of American Israel Public Affairs Committee (AIPAC) and promised maximum pressure on Iran. Saudi Israel lobby and   hawkish administration of Donald trump were the major reasons behind his withdrawal.

Although, the solo flight of USA from the deal was considered a miscalculated and hastened decision by its allies. The anticipated outcomes of the withdrawal among the Washington circles were more provocative actions of Iran in Middle East and disruption of oil supply to the world, which is occurring.  But the sabre rattling of USA in gulf region which is considered ample to deter Iran from any unwanted move can jeopardized the whole region. The leaving of no stone unturned in the regime change through withdrawing from the deal and foisting sanctions has boomeranged. The uncertainty over outcome of the USA rationality behind the withdrawal from the deal prevails. In the same vein, the world powers have to come forward to explore a new way which should be in benefits of both countries.